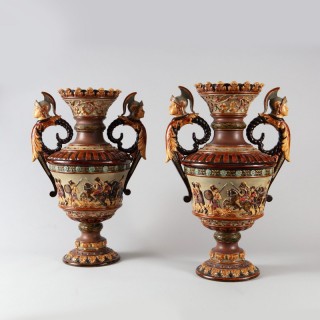 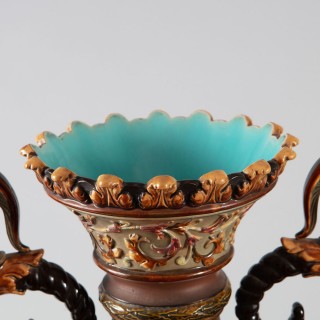 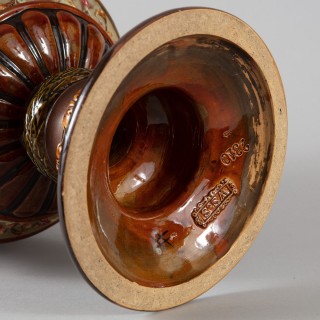 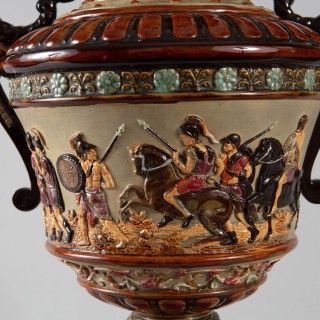 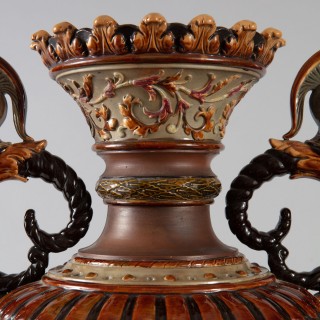 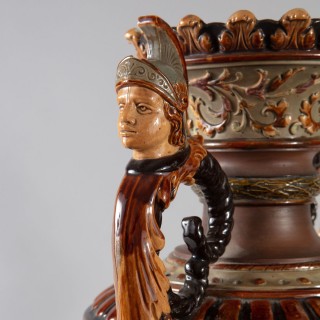 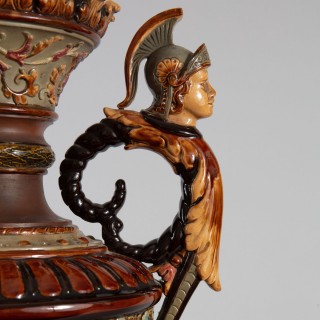 Signed WS and S for Wilhelm Schiller and son.

The Schiller works employed the very popular turquoise blue of Minton and added an amalgam of corrupted classical motifs and exotic renaissance revival in a perfect synthesis that epitomises the shameless and joyful energy of the last gasp of the 19th century.