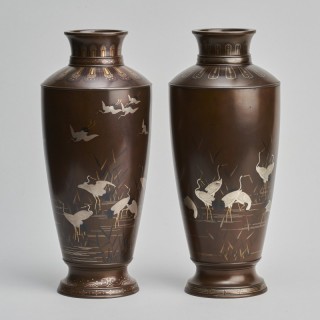 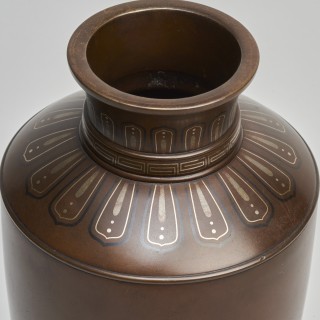 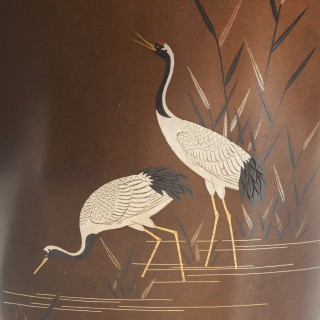 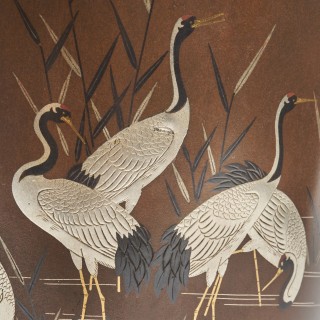 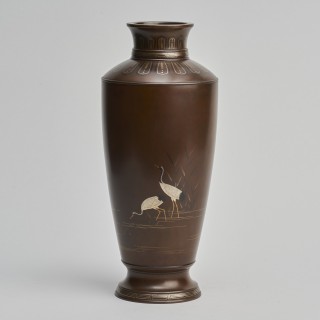 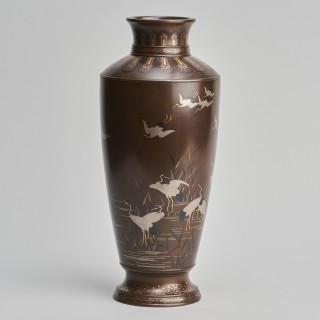 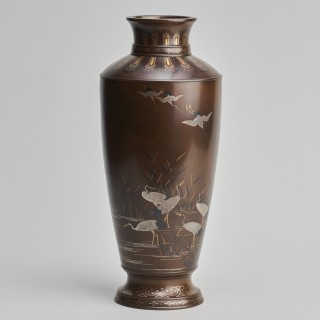 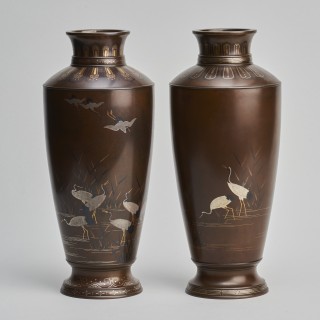 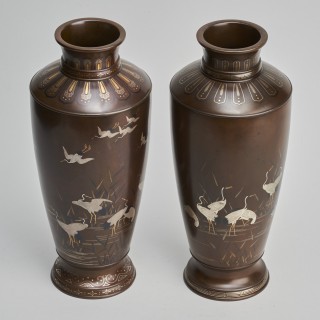 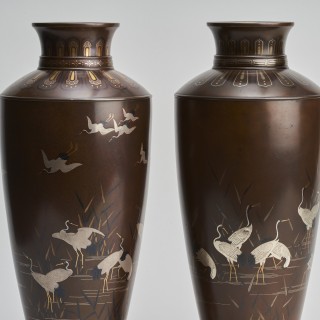 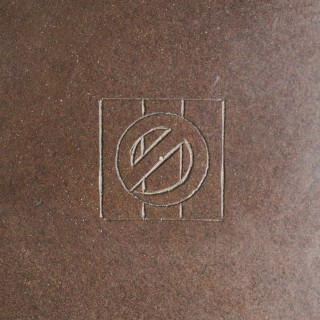 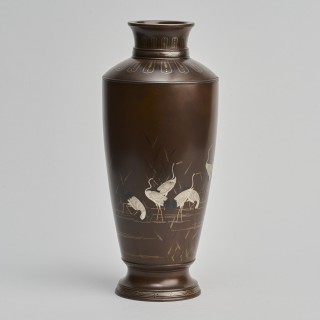 A pair of Japanese Meiji Periods (1868-1912) bronze vases with stylish flush inlaid decoration of red-crowned cranes wading in a lake, framed with geometric patterns to the neck and foot of the vase.

The Nogawa factory and workshops were active in the Meiji Period (1868-1912) through to the early 20th century. They created many works to appeal to Western tastes and used many different metal-ware techniques.