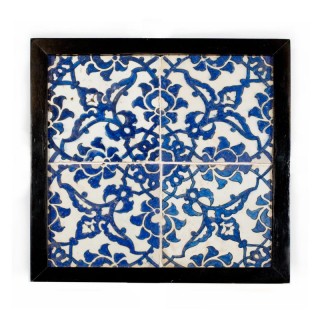 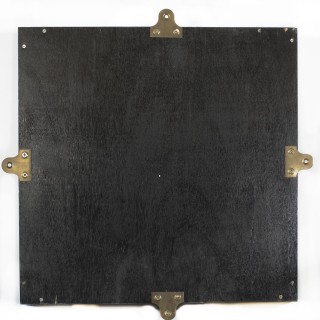 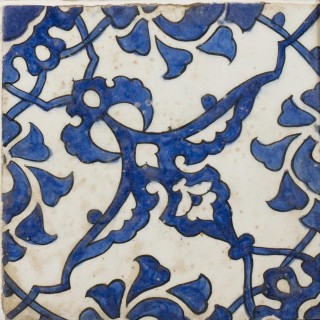 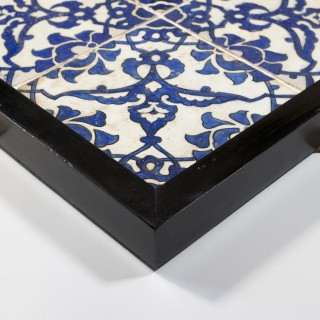 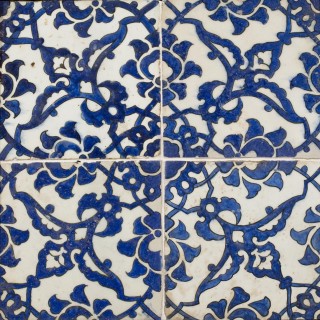 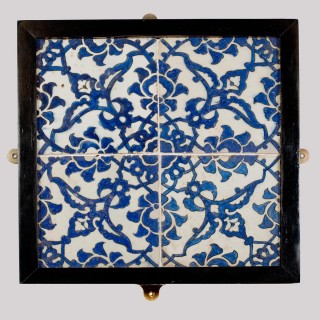 A panel of four square Ottoman Empire ‘Dome of the Rock’ tiles, painted in underglaze cobalt blue with a trellis of split and winged palmettes with cloud-scroll collars, framed. Syrian, 16th century.

Footnote: This design was first seen on the Dome of the Rock in Jerusalem, which was tiled on the instructions of the Ottoman Sultan Suleiman the Magnificent around 1545. Soon after similar tiles appeared on several building in Aleppo, most notably Bait Jumbiatt, the Ummayad Mosque and the Khosrowiyya Mosque, as well as numerous private houses. There are also near identical tiles in the Ramanazoglu Mosque in Adana (Turkey). See Arthur Miler ‘Damascus Tiles’, Munich, London, New York. 2015, p. 182 fig. 4.74, pl 189 fig. 4.85 and p. 205 fig 4.105.