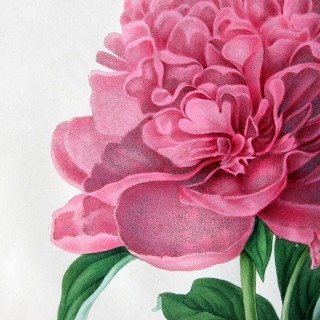 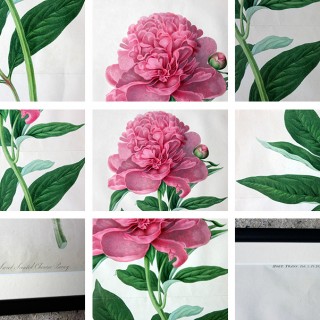 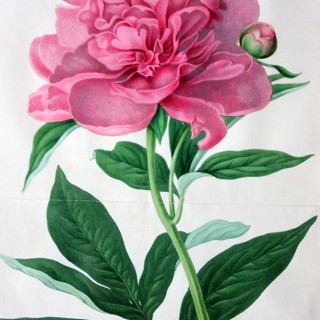 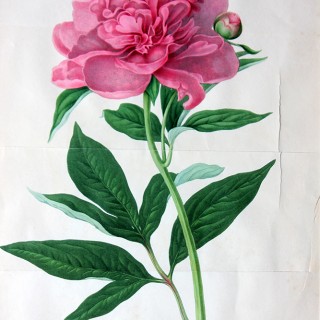 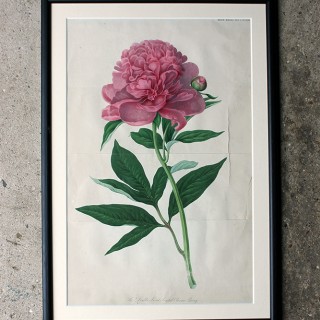 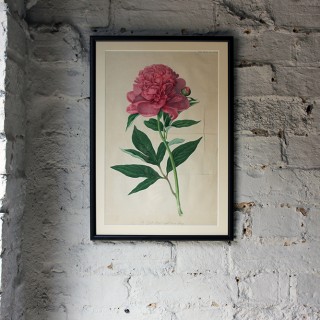 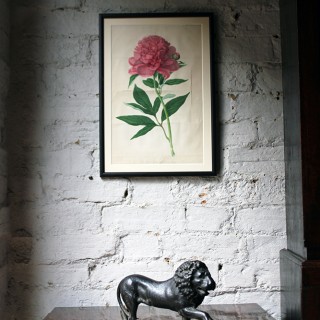 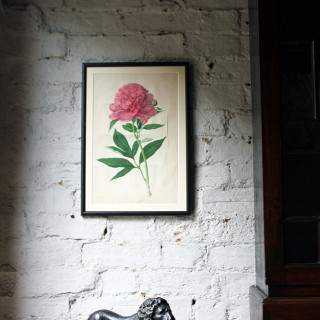 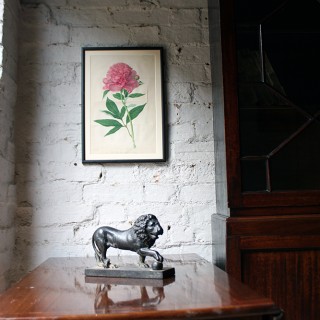 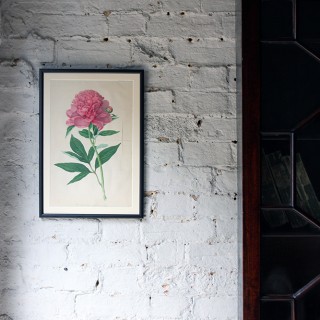 The framed and hand coloured chromolithographic plate on wove paper, of botanical interest, published in 1812 for ” Transactions of the Horticultural Society of London, volumes 1 & 2. London: W. Bulmer & Co., 1812 showing the Double Sweet Scented Chinese Peony (Peony albiflora Hume); Joseph Sabine, hailing from “An Account of seven double “herbaceous Paeonies”, now cultivated in England in a letter to George Anderson”, framed and glazed and surviving from the first quarter of nineteenth century England.

Britain’s gardening charity, the Royal Horticultural Society, has a long and interesting history dating from 1804. Founded under the title The Horticultural Society of London, by Sir Joseph Banks and John Wedgwood, its aim was to collect plant information and encourage the improvement of horticultural practice.

Later in the 1850s, the period saw financial crisis for the Society, due to the lack of income from membership and falling proceeds from its garden. This unfortunately led to the sale of its library, which contained many rare books and original drawings. Prince Albert, its then President, revived its fortunes by arranging a new charter in 1861, resulting in the name, The Royal Horticultural Society.”

Nine papers by society members are included in the two volumes of the Transactions, as well as several vivid chromolithographic plates, this being one of them. The 1812 edition, that this example hails from, is the first of many that William Bulmer printed for the society.

This example was part of the wave of illustrations at this time that departed from previous botanical works in illustrating the plants to appear oversized relative to the backgrounds, giving them an overall stately, dramatic, or even surreal appearance, and making such works decidedly ahead of their time.

In fair to good condition, and printed on early nineteenth century wove paper the illustration retains its strong, original hand colouring though there is some minor toning in parts. There is a tear to the mid-right flank as per the photographs. The frame is contemporary and is in good order.