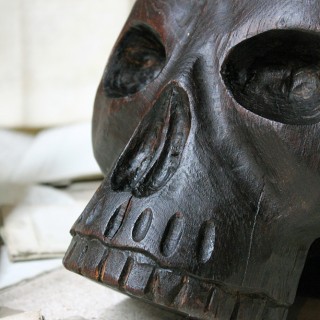 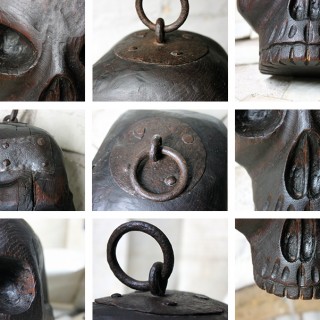 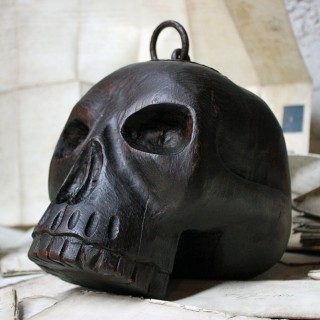 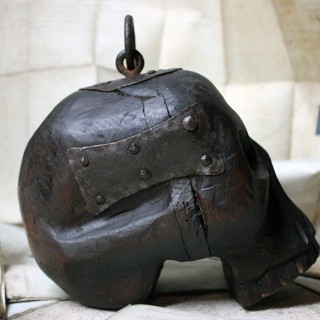 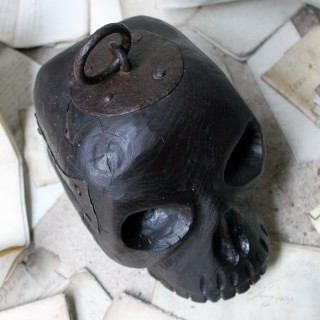 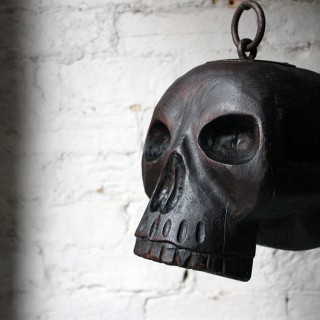 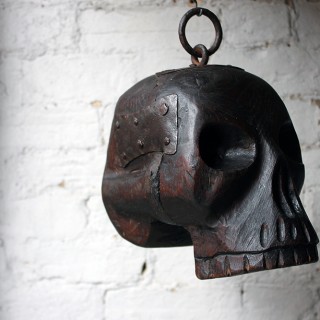 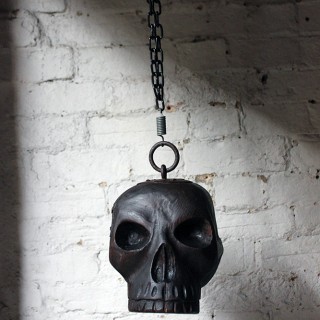 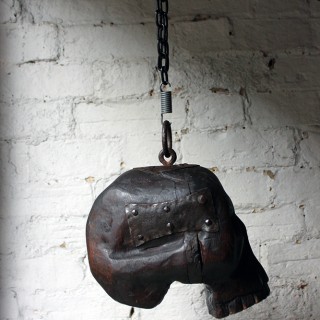 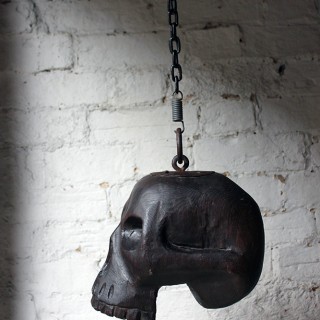 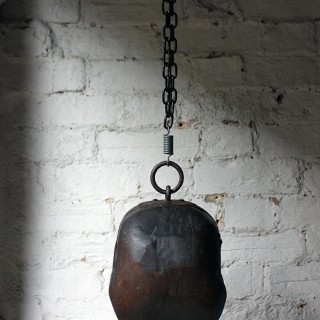 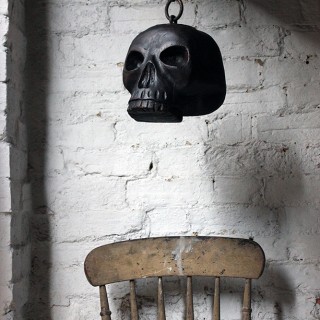 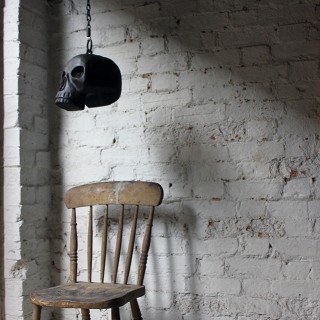 The unique oak Momentum Mori door stop, being carved in the round as a slightly larger than life-sized human skull mounted with an iron ring handle to the top and with a beautiful primitive iron-strap repair, the whole with a superb patination and outstanding colour surviving from early Georgian period England.

The style of the carving, the patina on the oak and the nature of the iron repairs and fittings all point to an eighteenth century piece. The carving is relatively primitive, it has deep nasal cavities and eye sockets, the teeth elongated, with each feature being extenuated. The iron fitting to the top shows the original nails holding it in place, the ring with a wonderful patination and the strap repair to one side is also eighteenth century.

This piece of carving is essentially designed to remind the viewer of their mortality and of the brevity and fragility of human life in the face of God and nature. Symbolic of the transience of all human existence, the image of the skull has been used by philosophers and theologians, artists and sculptors, writers and poets for centuries to provoke meditative thought on the indiscriminate nature of death.

Although mankind had thought of various ways to keep doorways open prior to Victorian times, the way in which we now expect a door stop to look and function today was down to a 19th century African American inventor named Osbourn Dorsey who came up with the design on December 10, 1878.

This is a wonderfully early and hugely interesting piece that one can imagine had to stop a mighty oak door from swinging shut in a dusty grand Georgian manor house. Unique and unusual; this is quite simply bloody terrific.

The items nature means it has been well used and loved and it could still be used for purpose today as it once was though now it surely merits becoming a piece of sculpture. There are some visible splits over the whole item, mostly small and old, and a repair to the largest split to the side of the left eye socket. This is an old and honest primitive repair with an iron strap added to stop any further splitting. Other than the repair mentioned the piece is in beautiful original order and retains a large amount of charm and character.