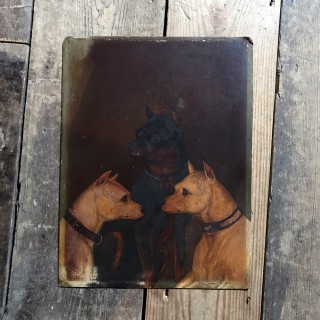 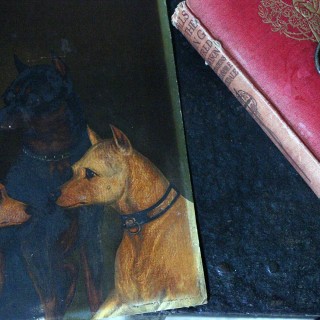 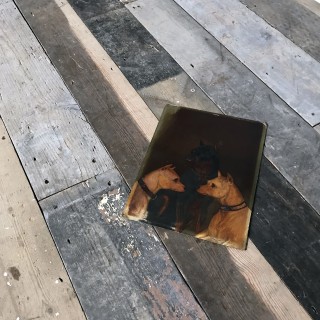 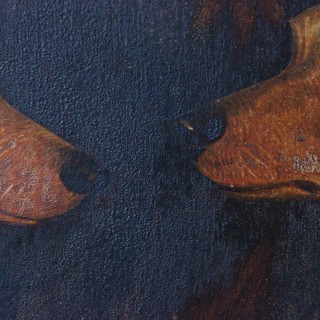 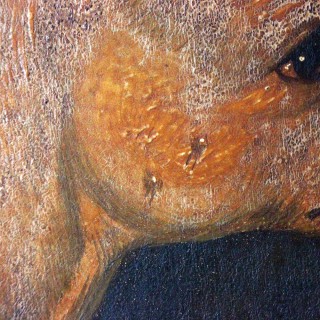 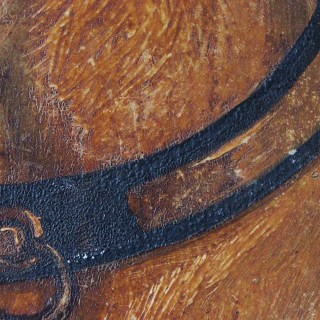 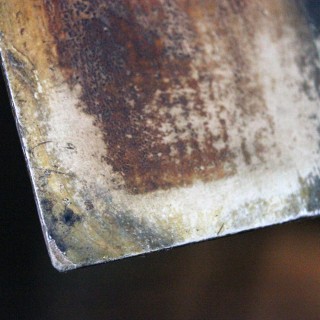 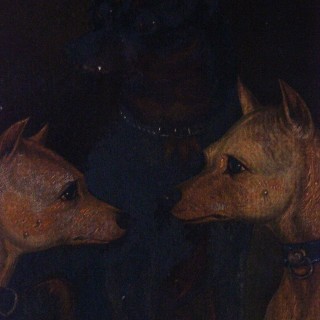 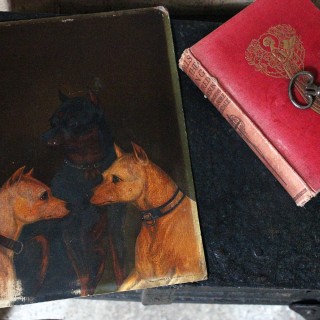 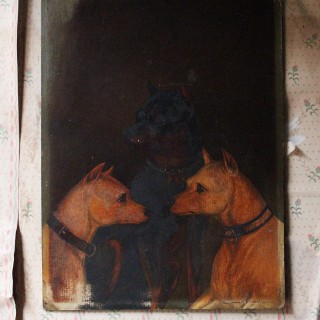 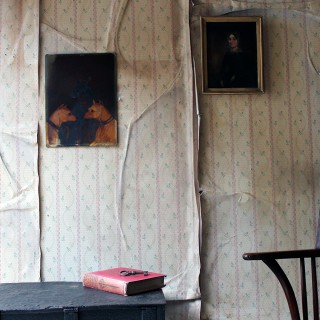 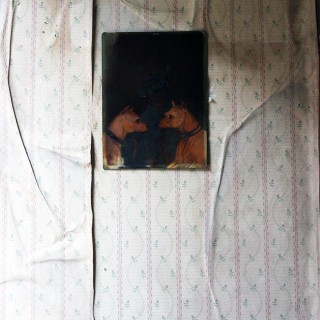 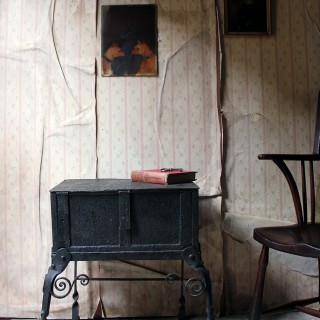 The delightfully proportioned nineteenth century oil on board, painted in the provincial style, depicting a trio of English terriers in profile, each with brass and leather collars set against a tobacco coloured ground, the pair of English white terriers set in opposing stances and shown three quarter length, with the black and tan Manchester terrier sat centrally full length; the whole presented unframed and surviving from the estate of Joe & Mary Hope.

Joe Hope was head of Fine Art at the Bath Academy of Art (then located around the estate of Corsham Court near Bath) from 1968 to 1981. Both he and his wife Mary had trained at the Slade School of Fine Art in London and this picture was part of their privately owned collection.

Executed with a good dexterity and a keen eye for balance, the animals have been depicted with an alert demeanor. The Victorians adored dogs, which were by far the most popular domestic pet of the era, led by their much esteemed Queen Victoria, the English found comfort from daily toil by returning home to their favorite pet.

The English White Terrier was one of the first, if not the first, Terrier breed developed primarily for appearance and exhibition in the show ring rather than as a working dog. Some claim that the breed was exclusively bred from white Terriers while others believe that it was the result of a cross between Terriers and other dog breeds such as the Italian Greyhound and Whippet. The English White Terrier was highly influential in the development of a number of other dog breeds, including the Bull Terrier and Boston Terrier. Unfortunately the breed suffered from a number of health problems, especially deafness, and the dog died out in the early years of the 20th Century after having been around for less than 100 years. Meanwhile, the Manchester Terriers are one of the oldest, if not the oldest, of all distinct terrier breeds. Some believe that the breed is the result of crossing the old Black and Tan Terrier with whippets, while others believe that the Manchester Terrier and the Black and Tan Terrier are one and the same. This breed initially became popular as a killer of rats, and was for many decades considered the best ratter of all dog breeds.

The original condition, subject matter, execution, style and provenance of this picture makes it a very desirable one indeed.

The painting is apparently unsigned and in un-cleaned and un-restored condition. The overall condition is wonderfully original, with some areas of loss, as pictured, to the lower and upper left flank, and with the picture having once been framed there is also a frame shadow to the edge. The white terriers are more of a tan colour now and there is bitumen to the surfaces of the dogs which does mean the pictures appearance does vary with the amount of light it receives. It could be cleaned and fully restored and would become a different proposition. There is a small hole centrally to the top for wall hanging though the work may benefit from being re-framed once again.