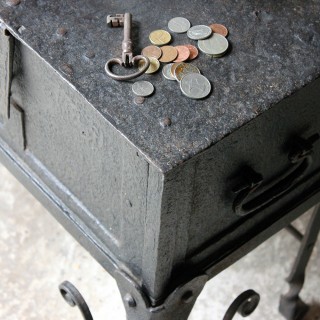 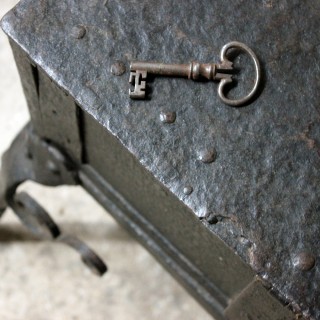 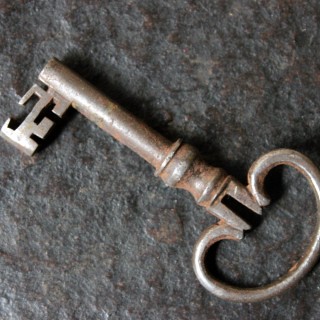 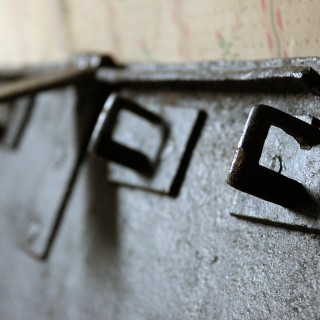 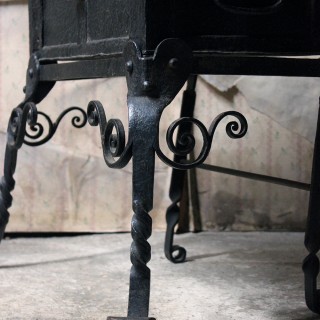 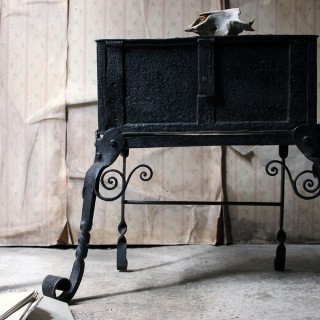 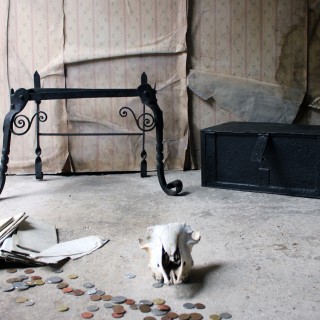 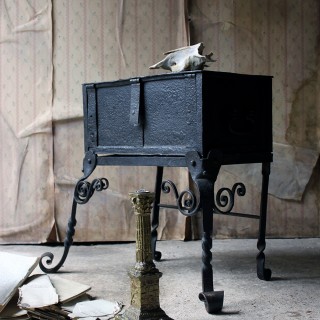 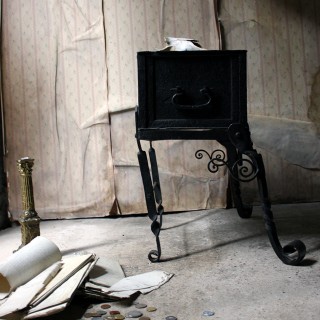 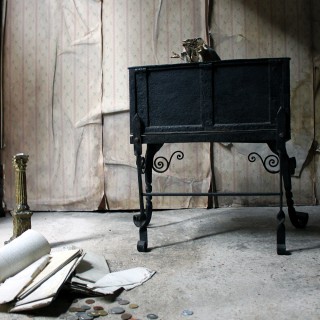 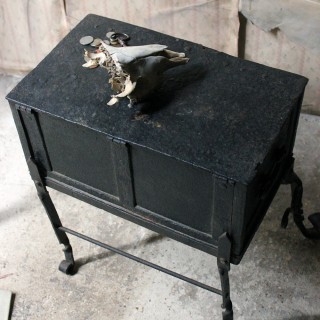 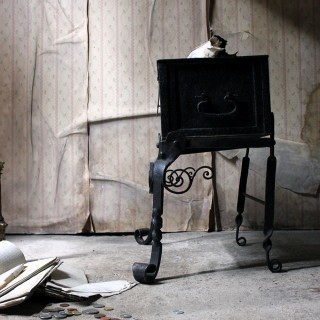 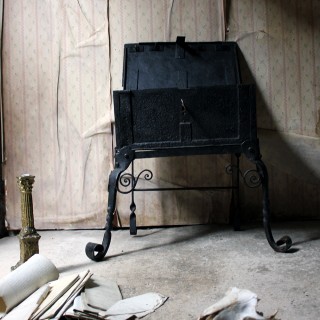 The beautifully sculptural and decorative, yet fully functioning, iron strong box, of Spanish origin, the rectangular casket having paneled sides with large drop carrying handles, the heavy duty four gated lock opening with the original key to reveal a vacant interior, the whole sitting on the original ornate baroque iron stand with scroll decoration, to twisted and scrolled feet, and surviving from the second half of the seventeenth century in super condition.

Not until the sixteenth century were money chests and cash boxes first forged completely in sheet iron and reinforced with intersecting strips and fittings made of iron. They were forged by skilled blacksmiths in southern Germany, Austria and France. Made of the heaviest iron construction by European craftsmen, these chests were sold to the sailing nations, including Spain, Portugal, the Netherlands and England. Used to transport and secure gold, silver, documents and other valuables, once loaded and locked, they would be incredibly difficult to move. In the Georgian period people started to refer to these boxes as “Armada Chests” because they were found on old shipwreck sites and it was assumed that they belonged to the Spanish Armada.

This example is less ornate than others seen of the period, particularly German examples that were sometimes painted and adorned, with the locking mechanisms sometimes also displayed within the lid. It may have been a seafarer’s example but the presence of a stand points to it being kept in one place for the majority of the time.

With the rarely seen sculptural baroque base this is the most elegant strong box we have encountered; and it really does work in a contemporary setting… what secrets did our Spanish knight keep?

In very good overall order, the strong box has pitting and weathering as one would expect with some small amount of rusted wear, but being so well made, it has barely changed since its construction with the centuries of handling giving it a wonderful dark patina. Mechanically she is sound with the lid and lock functioning correctly and the whole structurally sound. The key appears to be the original and the stand is also original to the box.