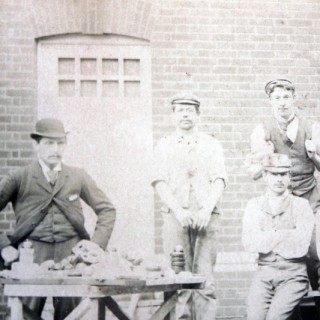 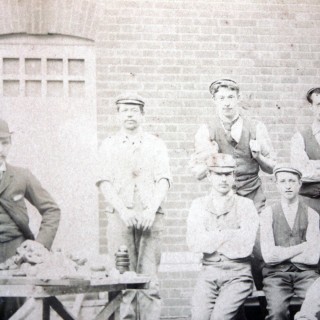 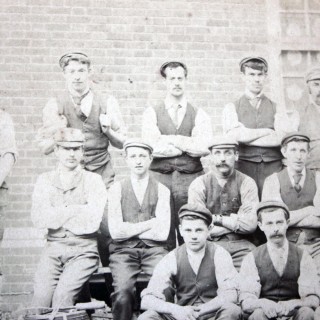 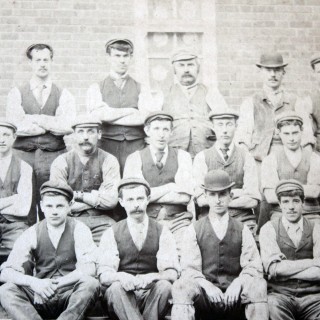 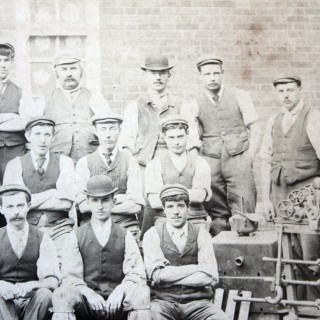 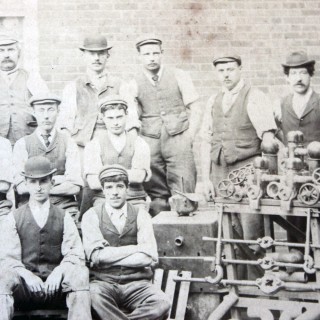 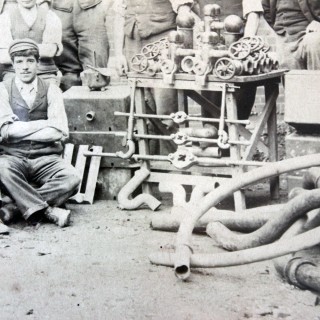 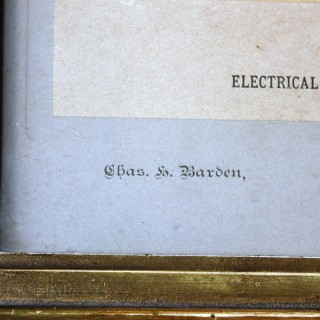 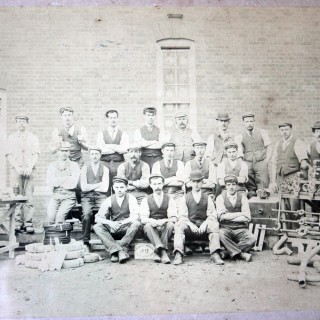 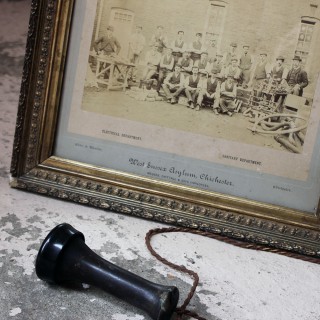 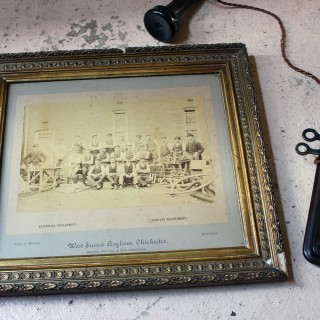 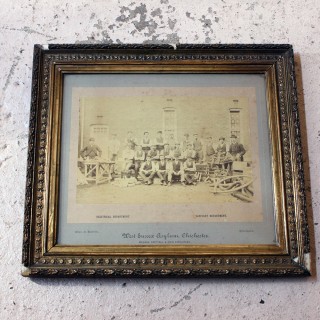 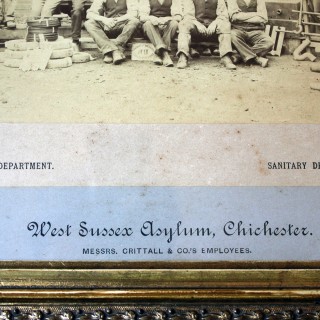 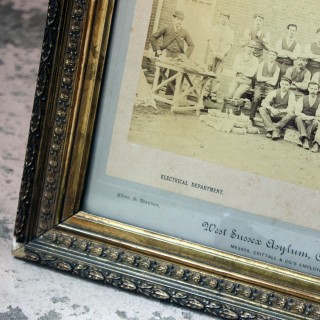 The scarce original albumen print photograph of twenty-one electrical and sanitary department staff of West Sussex Asylum Chichester, shown outside the asylum with some of their essential working equipment, being photographed by Charles Barden snd marked to lower margin, the whole being mounted on printed surround, framed and glazed and surviving from the zeniths of the nineteenth century.

The construction of asylums was widespread in Britain following The Lunacy Act of 1845, which resulted primarily from the work of John Connolly and Lord Shaftsbury. This act professionalised the asylum and ensured that each institution was mediated by the local authority. It marked a paradigmatic shift, wherein ‘lunatics’ began to be considered as patients instead of prisoners.

The West Sussex Lunatic Asylum was designed in 1894 by the architect Arthur Blomfield. The asylum was intended to serve the pauper agricultural population of rural West Sussex and for this purpose the 370 acre Graylingwell Farm estate was acquired c 1894. The farmhouse had, in the 1850s, been an early home of the author Anna Sewell, who later wrote Black Beauty.

Blomfield produced a design to accommodate 450 patients in ward pavilions laid out in echelon arrangement to form a broad arrow plan. Space was left for the addition of an extra ward pavilion on either side of the building, for an extra 150 male and female patients. The echelon style, developed in the 1870s and 80s, had by this date become the common pattern for asylum buildings. The wards were each intended to be occupied by a different medical class of patient, including sick and infirm, recent and acute, and epileptic. The airing courts were arranged adjacent to the wards as in earlier C19 asylum designs, and the parkland, including a large kitchen garden, enclosed the building and courts and included recreational facilities. The asylum opened officially in 1897.

The photographer, Charles Hugh Barden, was born in Bayswater, London in 1862, the son of Charles and Bertha Barden. It is likely he was employed as an operator or manager in the town before he took over Malby’s photography business in Chichester in 1894. In an advertisement published in 1898, Charles H. Barden is described as a “Portrait and Landscape Photographer”. Although Barden was known to employ an assistant, his advertisements clearly state that “Chas. H. Barden will personally photograph each sitter”. He remained in Chichester for over 10 years.

A rare survivor and one that conjures up many a thought about the conditions that these men worked in.

There is some expected light discoloration to the page edges in places but largely the whole remains in-tact. The giltwood frame is in keeping, if not of the period, with a couple of chipped losses.