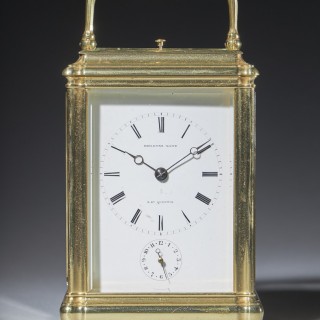 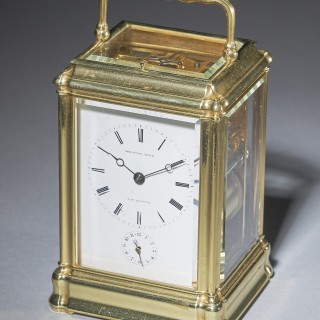 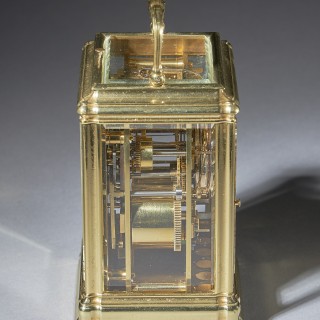 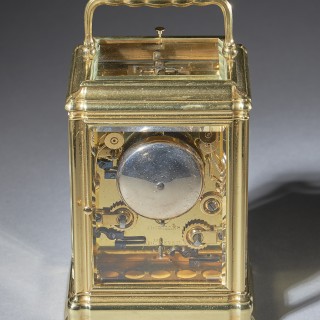 The gorge case has bevelled glass panels on all sides so that the movement is entirely visible and is surmounted by a shaped carrying handle. The white enamel dial has a Roman chapter ring with quarter-hour, five-minute and minute divisions.

The time is indicated by a pair of blued-steel Breguet hands. The spring-driven, eight-day movement is constructed between plates. It consists of going and striking trains, as well as alarm. The going train has English lever escapement with hairspring balance on a silvered platform. It can be adjusted by a regulator pin which can be seen through the window in the top and is accessible through the back door. The most unusual rack striking train indicates the hours fully on the hour and the half hour by two double strokes on two gongs, followed by the hours in full (demie grande sonnerie). There is a lever in the bottom of the clock to set the striking for SILENT or STRIKING. In addition, there is a repeat button on the top front side, with which the hour last struck as well as the quarter hours can be repeated at all times.