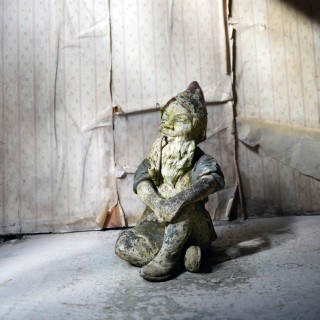 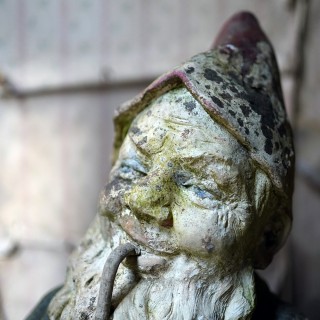 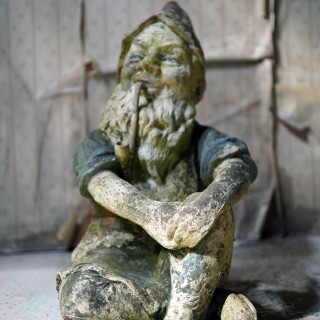 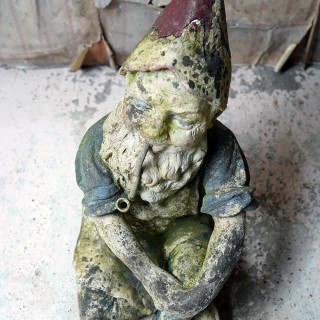 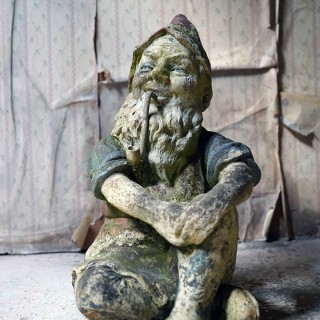 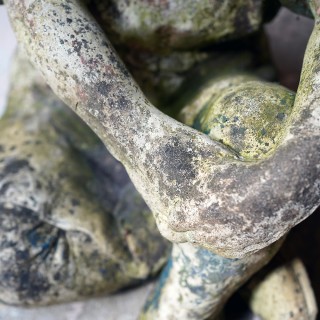 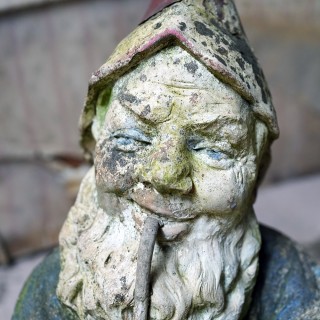 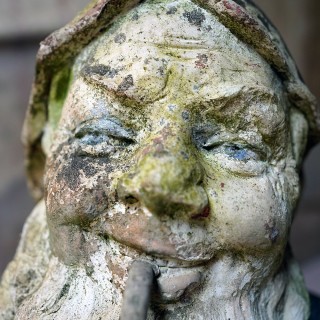 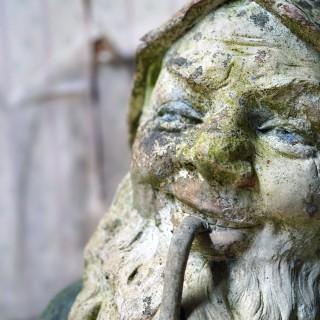 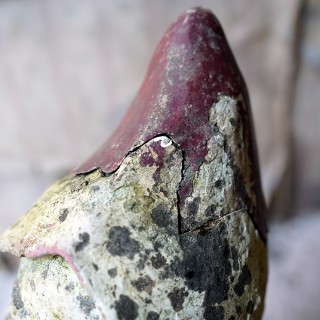 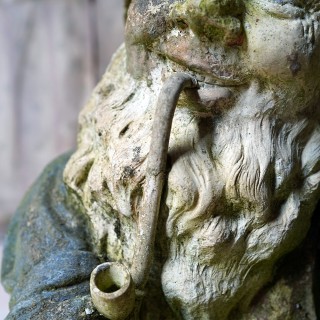 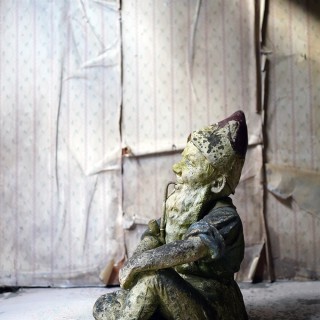 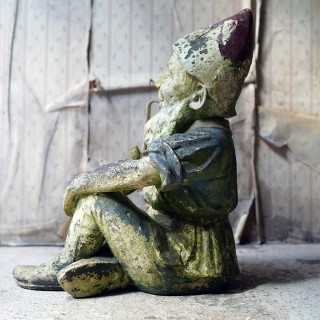 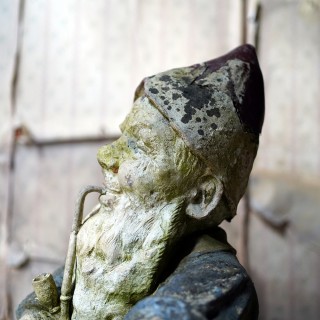 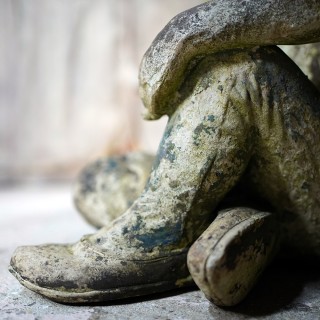 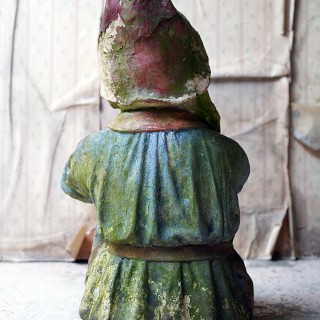 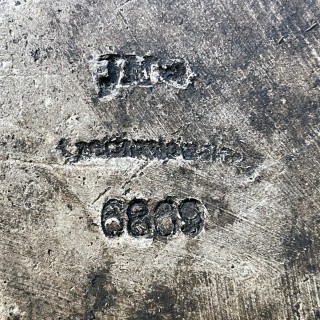 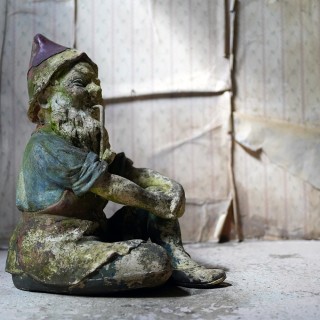 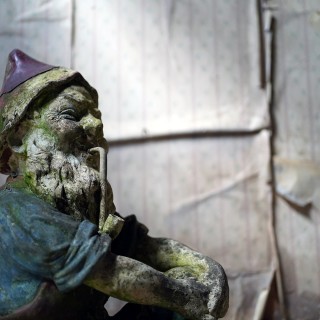 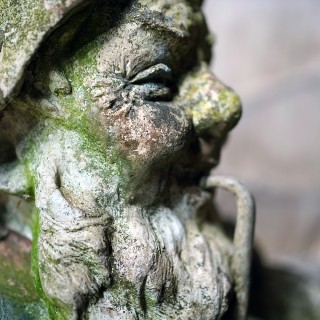 The beautifully decorative and very scarce garden gnome in terracotta being polychrome hand decorated, the smiling gnome in a casual seated position and smoking a pipe, the whole with impressed makers mark JM for Johann Maresch, visible with the inventory number 6869, the whole surviving from turn of the century Austria.

It is believed that the very first contemporary-looking garden gnome, with the iconic red hat, was made in Germany by sculptor Phillip Griebel. Soon, the fashion had spread across Europe, from England to Poland. In the 19th century, Sir Charles Isham brought several gnomes to England, introducing them to the new market. He is credited with beginning the tradition of garden gnomes in the United Kingdom, where they were nicknamed “Lampy.” One replica is still preserved and displayed in Lamport Hall, the Isham family residence in Northamptonshire.

Johann Maresch is the co-founder of the famous Johann Maresch Siderolith and Terracotta Manufactory in Aussig on the Elbe. The company was founded in 1841 and had its prime around the time this piece was made in 1900. Johann Maresch’s garden gnomes represent the finest ceramic art at the highest level and this gnome can be seen in the catalogue for 1900. The Maresch factory was renowned at this precise time for producing high quality ceramic figures and large gnomes of which this example is typical. Based in what is now part of the Czech Republic the company produced these figures until 1948, and surviving early examples are now very rare with the world wars wiping out most garden gnome production, making antique gnomes extremely rare today.

The gnome has had some historic repairs, as photographed, with the cracks visible but importantly he remains whole with no losses, with the paintwork beautifully and naturally worn and not restored or re-applied. The repairs could be more professionally rendered and blended if so desired.