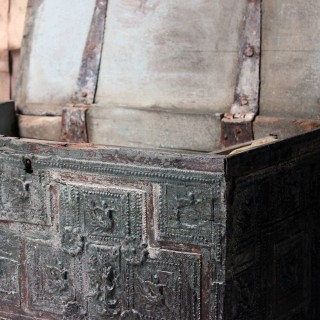 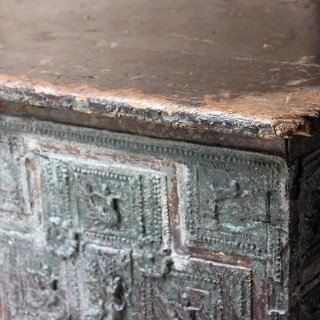 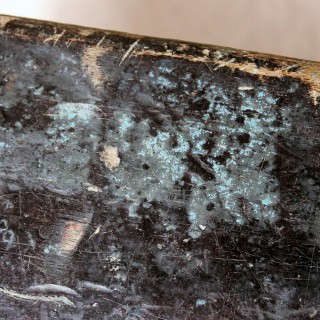 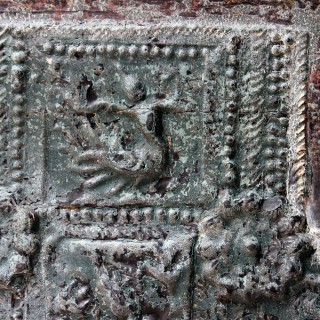 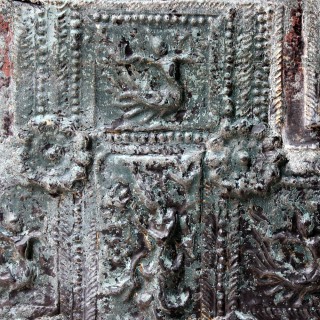 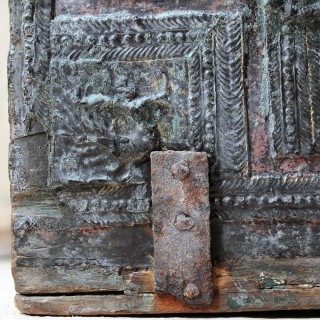 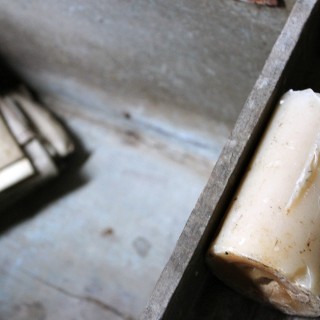 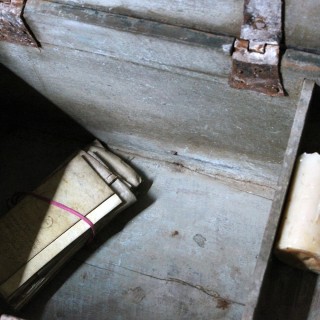 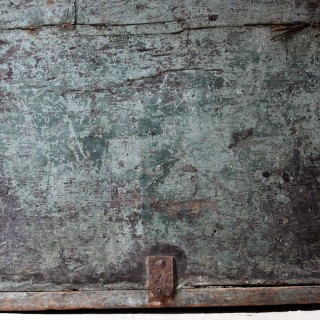 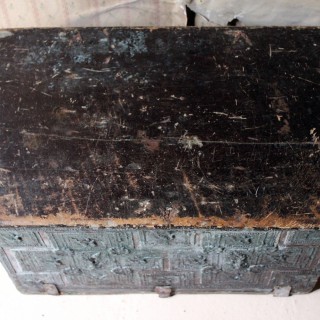 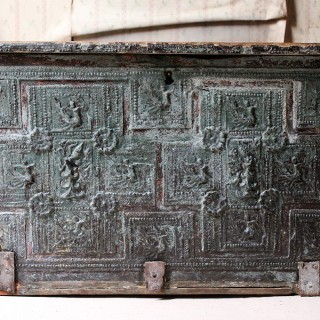 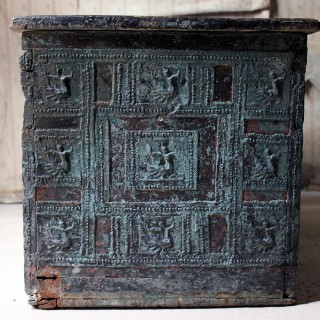 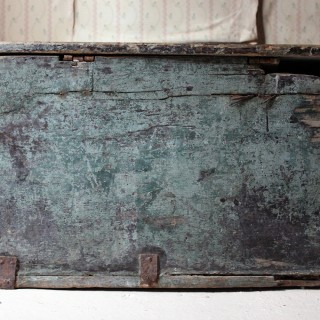 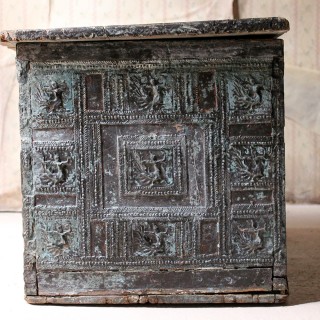 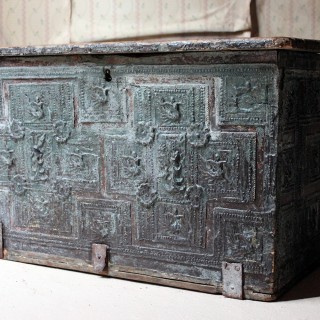 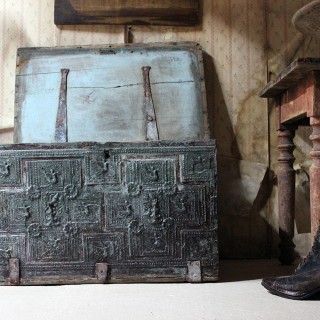 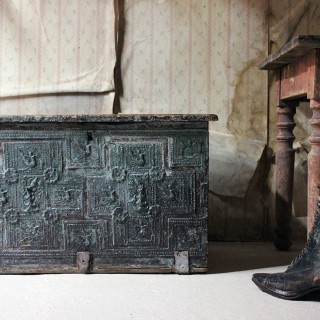 The beautifully decorative painted and gilt decorated chest or casket, of Iberian origin, the rectangular carcass having iron strapwork and hinges, being clad with sectional pressed metal in the form of two crosses, with Islamic inspired motifs of maidens and mermaids with roundels, the powder egg blue turquoise paint remaining in many areas, with small amounts of gilding also remaining, the lid opening to reveal the original painted interior with candle box, the whole surviving from the first quarter of the seventeenth century in very original condition.

Among Europeans, the Spanish and the Portuguese have perhaps the longest histories of interacting directly with the peoples of East Asia. The Philippines, East Timor,
Malacca in Malaysia, Goa in India, coastal Sri Lanka and Macau were among the regions under Spanish or Portuguese control from the sixteenth century onwards. Spain and Portugal became conduits for northern African art influences too which we can see present in this piece. Much of the Iberian peninsula was ruled by the Moors for around 800 years with Granada, the last Moorish foothold in Spain, falling in 1492 – the same year that the Genoese explorer Christopher Columbus commenced his first voyage to the Americas. The Moorish occupiers with their Islamic motifs and design elements had a profound and lasting influence on Portuguese and Spanish art. There is a similar casket to this one in the crypt of Sevilla Cathedral.

In very good overall order, the chest has a few losses to the strapwork and the hinges are slightly later replacements, but this aside it has barely changed since its construction with the centuries of handling giving it a wonderful appearance. The reverse also shows a beautiful patina to the paintwork. There has perhaps been a little refreshment to the paint to the inner lid only, and there is a section of loss to the upper rear at one flank.