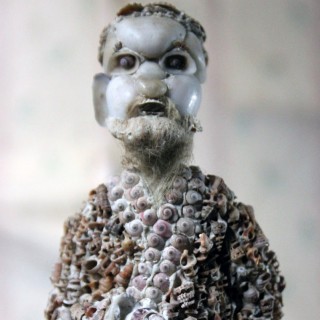 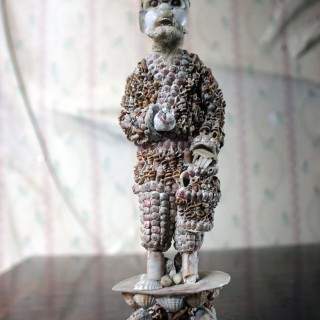 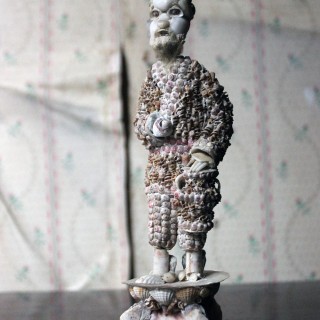 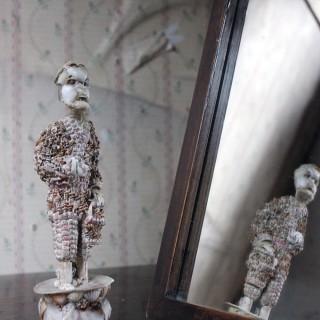 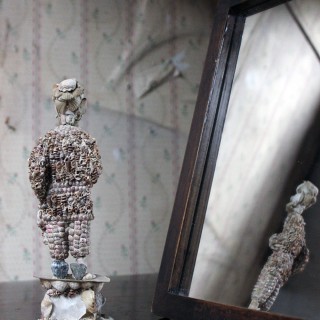 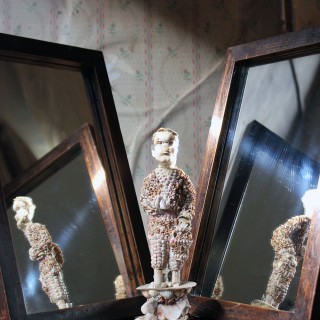 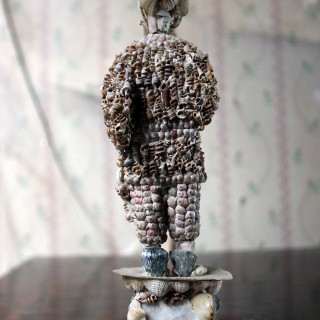 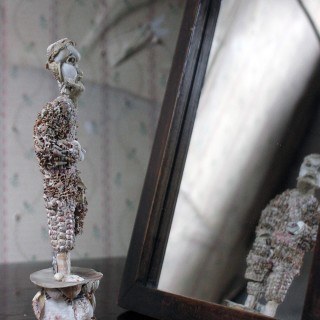 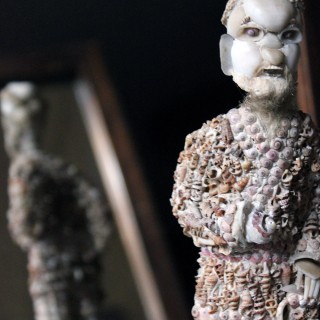 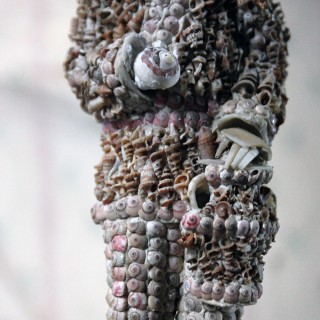 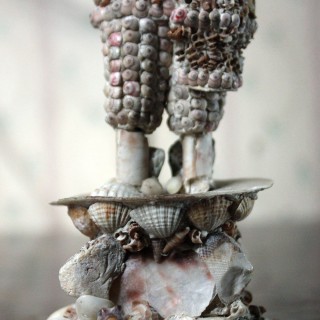 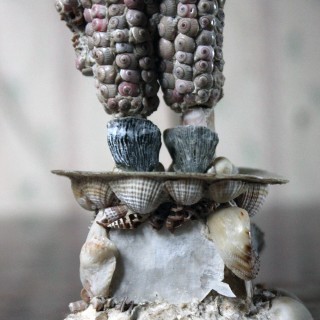 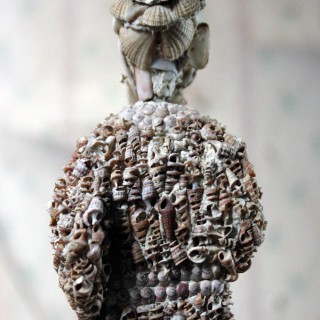 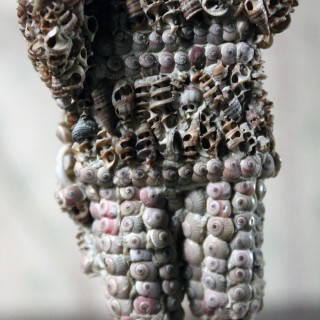 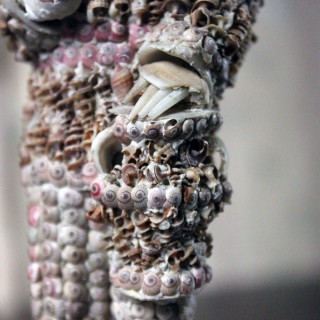 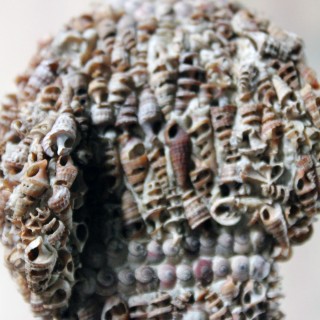 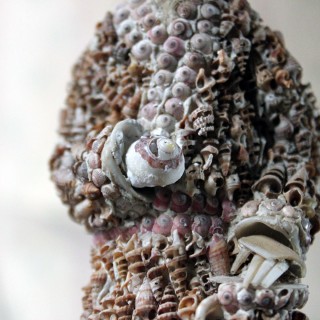 The rare and beautifully worked figure of a Chinese man intricately constructed entirely of exotic shells, having the remains of a long beard and carrying a basket, standing on a circular plinth base, the whole surviving from the very early stages of nineteenth century England.

In England the collection of naturalia began in earnest in the 17thC with John Tradescant who served as a gardener to various members of the aristocracy and ultimately to Charles I. Both he and his son collected plants and curiosities such as shells and minerals. Their whole collection became known as The Ark. Shellwork was directly inspired by the quantities of exotic foreign shells, which poured into European ports from expeditions to the East and West Indies and from the American continent. The rarer specimens were immediately snapped up by influential collectors and displayed in their cabinets of curiosities. With the availability of these often outstanding and beautiful shells, shell-work alongside the traditional pursuits of tapestry and embroidery emerged as a new society pastime.

Other shells were purchased in large quantities to adorn shell grottoes that were becoming all the rage in fashionable affluent society. In the eighteenth century no fashionable estate was considered complete without an artificial grotto and this figure is merely an extension to that vogue. Wealthy men and women spent fortunes and many years, sometimes decades, creating them. The rococo style, inspired by the swirling patterns of shells, was applied to design everywhere and shells were avidly collected and purchased in large quantities to decorate grottoes. At Hampton Court House on the edge of Bushy Park, Thomas Wright designed a house and a Rococo garden containing a rustic shell pavilion and before this in 1624 James I had a shell grotto in his drinking den in the undercroft of the Banqueting House in Whitehall.

A rarer piece of high folk art you are not likely to see and surely the star turn in any curiosity cabinet.

This delicate figure is largely intact but is lacking an ear, a foot and with damage to the base, please refer to the photographs for a full visual reference.

n the manner of giuseppe arcimboldo