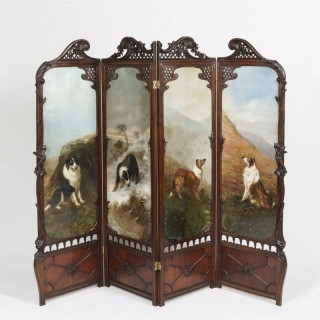 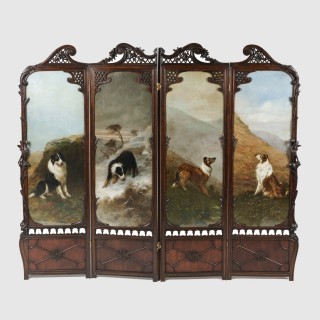 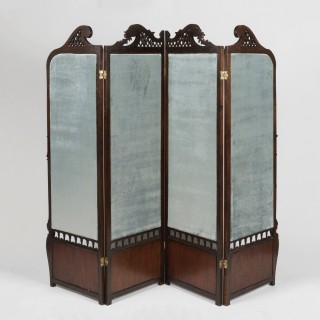 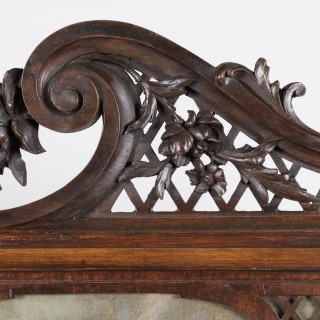 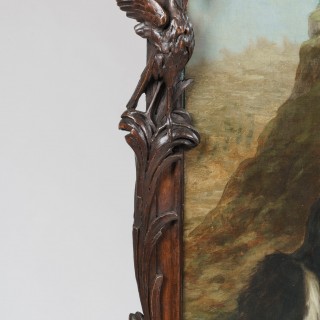 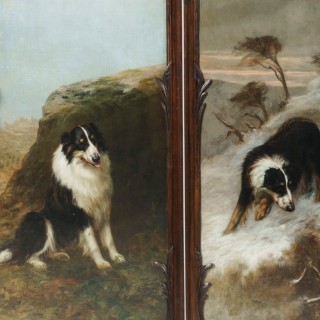 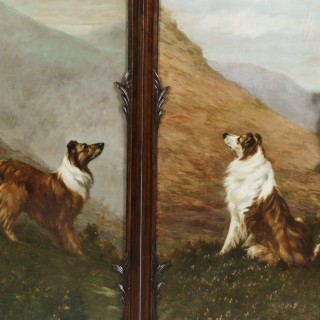 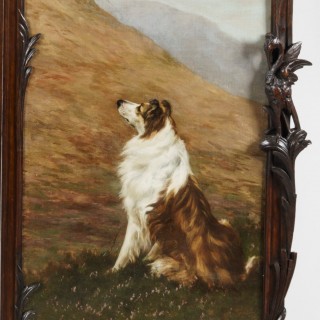 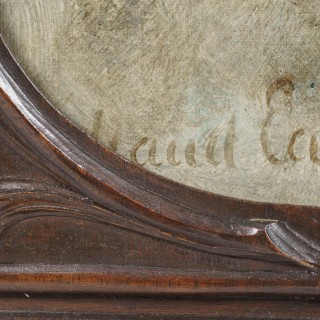 A Rare Four-Fold Screen The panels by Maud Earl

A Rare Four-Fold Screen
The panels by Maud Earl

The screen of rounded rectilinear form and constructed from mahogany, with two pierced broken swan-neck pediments atop, with carved flora and fauna throughout inspired by Art Nouveau, the lower register with relief-carved paterae; the four panels executed in oil on canvas in the celebrated finesse and realism associated with Maud Earl, depicting Collies. Each panel signed by the artist.
English, circa 1910

Maud Earl is quite possibly one of the most famous animal and dog painters of the nineteenth century, becoming a celebrity during the Victorian era and now occupying a place in the art historical canon alongside earlier painters such as Jean-Baptiste Oudry.

After studying with her father George Earl, Maud developed her own style, preferring to study her animal subjects in real life rather than from photographs, sketching their anatomy in chalks. She exhibited at the Royal Academy of Art in London from 1884 to 1908, making her a very sought-after painter. In 1915, she moved to New York, where she set up a studio and continued her successful career as animal portraitist, her patrons including JP Morgan and the opulent Ritz Carlton in Atlantic City.

Her most important commissions included work for Edward VII, as well as for Queen Victoria, who asked Earl to Windsor to paint her favourite Collie, a breed which the Queen had been instrumental in popularising.

A Rare Four-Fold Screen The panels by Maud Earl