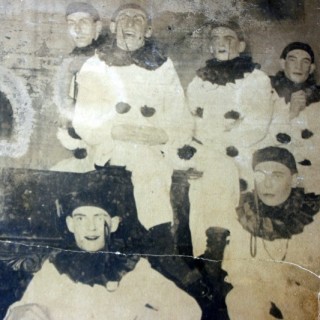 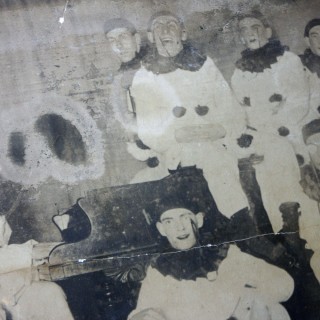 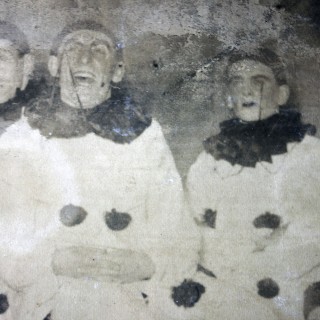 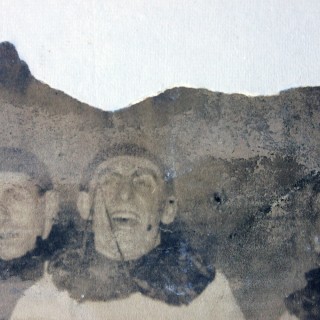 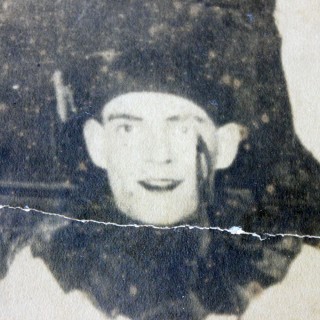 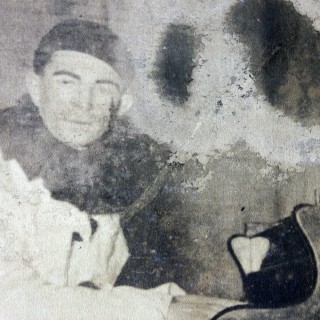 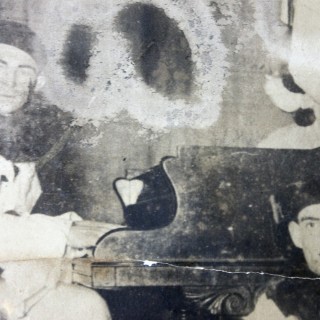 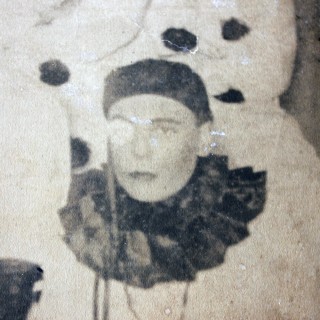 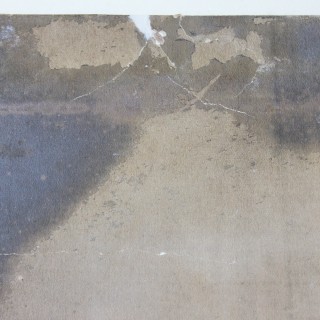 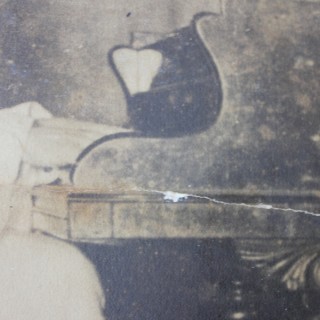 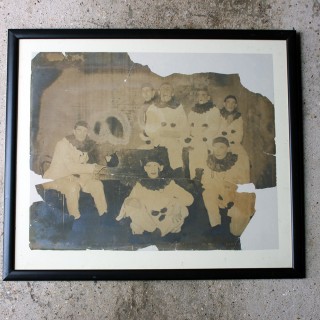 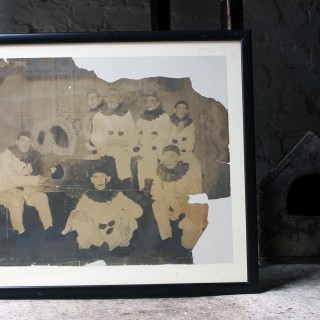 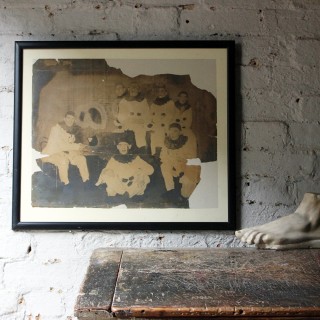 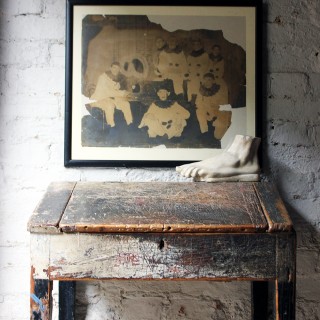 The unusually large and scarce framed and glazed studio photograph showing a troup of seven male pierrot clowns, dressed in the traditional black and white assemblage, one member sitting on a thonet bentwood chair and playing on a piano, each with differing expressions, and four with eye monocles, the image surviving in distressed condition from the very early part of the twentieth century.

London entertainer Joseph Grimaldi was said to have invented the modern clown in the early 1800s. Grimaldi performed physical comedy while wearing white face paint with red patches on his cheeks and bizarre colorful costumes. Around the same time in France, everyone was laughing at Jean-Gaspard Deburau’s Pierrot, a clown character with a white face, black eyebrows and red lips — one of the first professional silent mimes. French literary critic Edmond de Congourt said in 1876 that “the clown’s art is now rather terrifying and full of anxiety and apprehension, their suicidal feats, their monstrous gesticulations and frenzied mimicry reminding one of the courtyard of a lunatic asylum.”

This photo almost certainly shows a touring concert party, also known as a Pierrot troupe, or popularly known as Pierrots. The troupes played the seaside resorts and small-time theatres throughout Britain from the late 19th century through the mid-20th century; for example there was a British Army Pierrot Troupe that toured in 1917. It is also easily feasible that this troupe is of French origin.

A hypnotic and haunting photograph and in an imposing size.

The condition of the photograph is clearly distressed, as per our photographs, but almost all of the figures in it are still in tact. There is blooming and tears as shown. The simple black lacquered frame and ivory inset border does the job perfectly well and does not detract from the photograph.