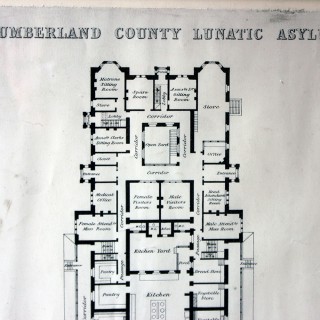 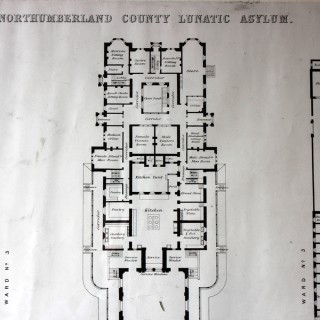 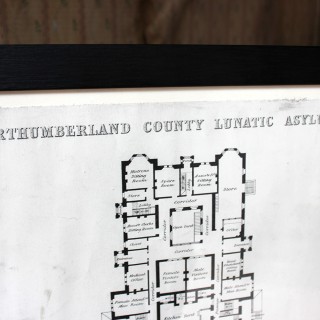 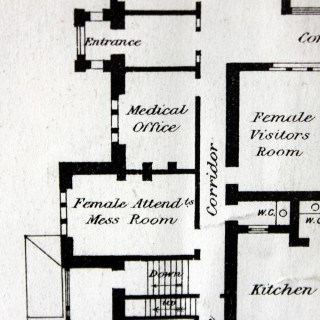 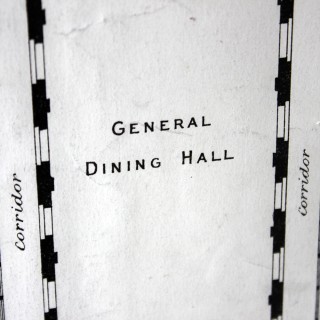 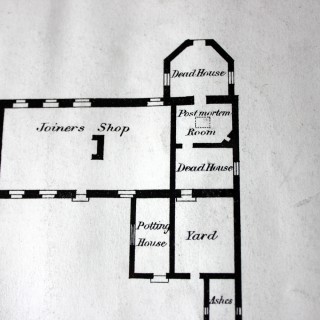 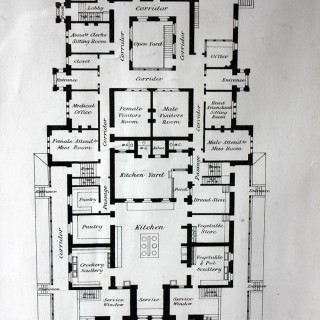 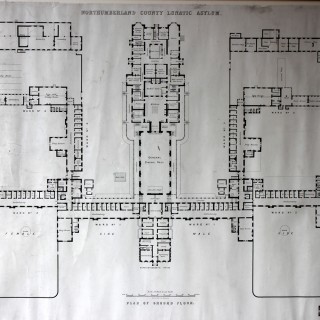 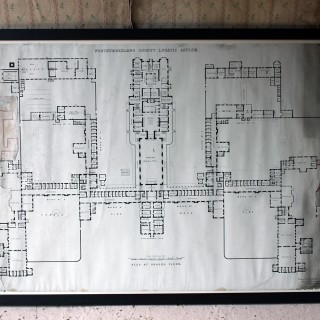 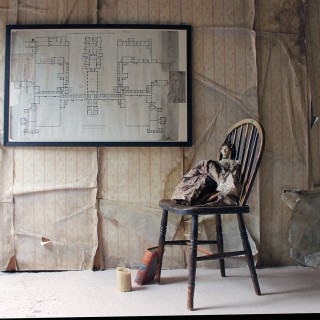 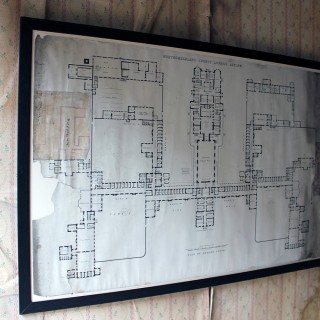 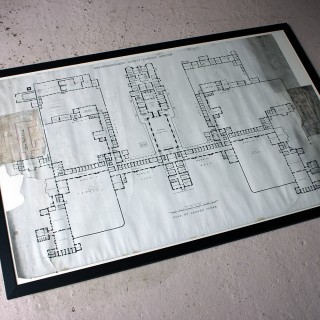 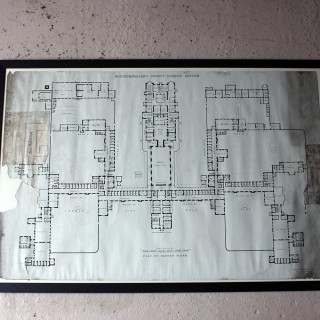 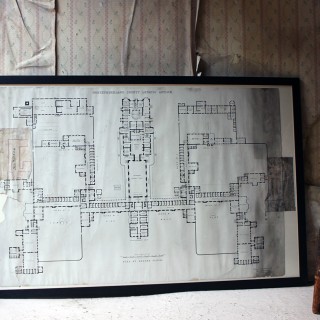 The large and scarce architects site plan, framed and glazed, inscribed ‘John Gepwell (?)a.3.c.e. Grunty(?) Architect 17.Dec 1888’’, showing the plan of the ground floor of the Northumberland Lunatic Asylum, with an array of interesting rooms and new wings added, surviving from the late Victorian period.

The construction of asylums was widespread in Britain following The Lunacy Act of 1845, which resulted primarily from the work of John Connolly and Lord Shaftsbury. This act professionalised the asylum, and ensured that each institution was mediated by the local authority. It marked a paradigmatic shift, wherein ‘lunatics’ began to be considered as patients instead of prisoners.

The Northumberland County Pauper Lunatic Asylum opened on 16 March 1859. Lunatic Asylums were managed by Committees of Visitors appointed by the Quarter Sessions under the Lunacy Act 1845 and were subject to visits by the Commissioners in Lunacy. Situated in Cottingwood, Morpeth, the asylum was a magnificent Victorian building built in the Italian style of red brick with stone dressings. Designed by Henry Welsh, it was originally built to accommodate about 200 male and female patients. In 1890 the asylum was renamed the County Mental Hospital then in 1937 the name was changed to St. George’s Hospital. In 2006 St Georges Park, a purpose built mental health hospital was built on the old St. George’s site.

The apartments on the west side were for female inmates while males were situated on the east. Surrounding the buildings were pleasure and kitchen gardens as well as a stone chapel and brewery. The Superintendent was the principal officer of the asylum and was required to be a medical practitioner and legally qualified. The Matron was responsible for all female attendants, servants and female patients and the Clerk/Steward for male patients and male staff.

During the day patients of both sexes were employed. Men worked in the garden and were taught trades by Shoemakers, Tailors, Plumbers and Painters. The women worked in the laundry and kitchen and also undertook sewing, knitting and mending work. Reading was encouraged and an ample supply of books and publications of a moral and cheerful nature had to be made available. This was in addition to the bible and prayer books.

When this plan was drawn up in 1888, as additional hospital buildings were being built, the population of the asylum had risen to 267 men and 244 women and in 1890 the Asylum was renamed the County Mental Hospital. The plan shows rooms such as ‘Dead House’, ‘Post Mortem Room’, ‘Shoemakers Shop’ and ‘Ashes’ to name but a few.

A hugely interesting and important piece of social history and possibly the only surviving example of its type.

There is some expected light discoloration to the page edges in places but largely the whole remains in tact so this only serves in adding some more character. There are fold creases and two tears as photographed. The frame is contemporary and effective.