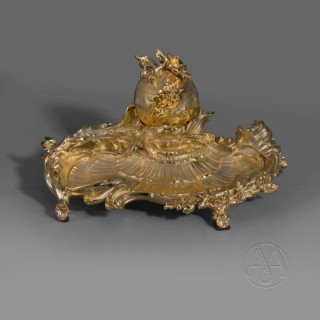 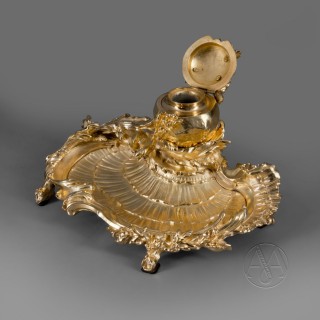 Signed ‘P. Sormani, Paris’ to the underside of the cover.

This finely cast and chased gilt-bronze encrier is of rocaille form with scrolling leaves and branches forming the feet. It is surmounted by a naturalistically modelled fruiting pomegranate, opening to reveal an inkwell.