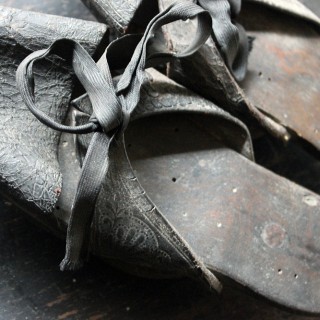 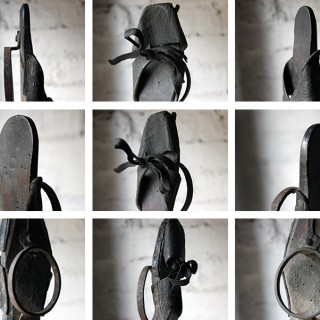 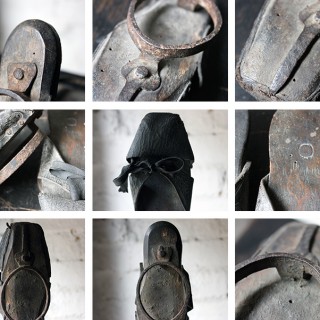 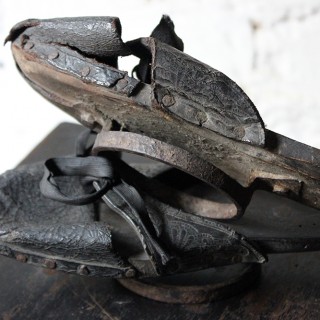 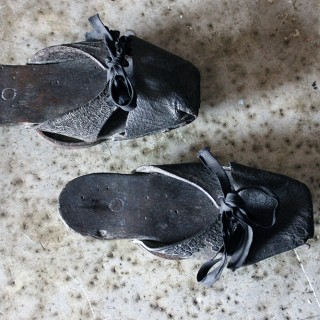 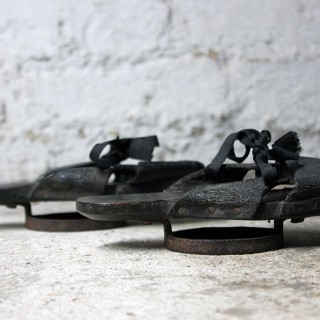 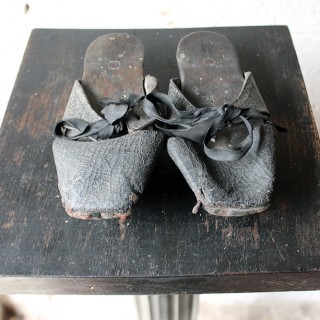 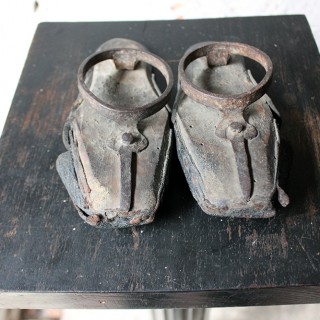 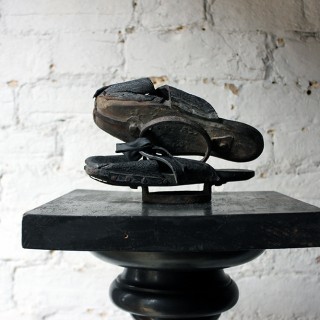 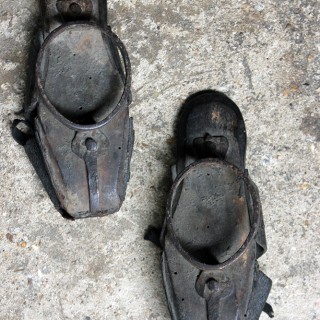 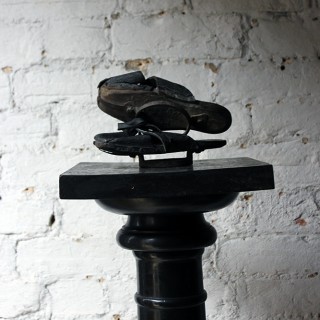 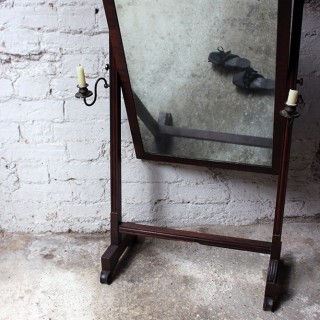 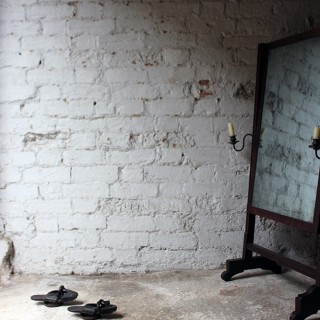 The rare pair of late seventeenth to early eighteenth century child’s pattens or overshoes, each having a leather quarter, vamp and toe cap embossed with shells and scrolls to carved wooden soles shod with wrought iron rings and strap-work, the pair surviving from late Stuart period England.

To protect delicate fabric-covered shoes from the mud and filth of the street, all kinds of overshoes were worn. This pair has wooden soles, which stand on a metal ring. It would have required quite a skilful act of balance to walk on them and the child would have been from a well off family. This type of overshoe was found in a number of European countries, among them the Netherlands, but this pair may well be English. Obviously they are rare, as they would be discarded when no longer needed, though a few pairs seem to have survived in museum collections.

Pattens were at this time termed as ‘under-shoes of wood and metal which were worn strapped beneath the shoes to raise the wearer out of the mud and effluence of the streets.’ However, ‘with the advent of paved streets and efficient sewerage and drainage systems in the 19th century, there was no longer any need for pattens and the trade floundered.’

The condition of the pattens is thoroughly charming with the leather showing signs of obvious wear, craquelure spread across the wholes, commensurate with use and age. We haven’t cleaned or oiled them as they are best preserved and presented as found. Some of the leather is coming away from the sides at the wood joins with some very sporadic old worm to the soles. The ribbons will be later additions otherwise they are as found and in very original order. The fact they have survived in this condition is a real coup. The iron shodding also makes them be able to be hung on a wall, which is a nice bonus.