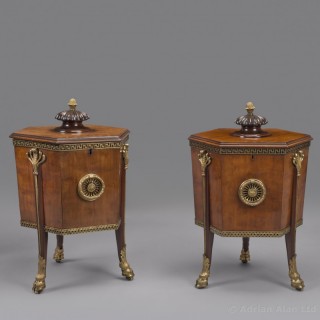 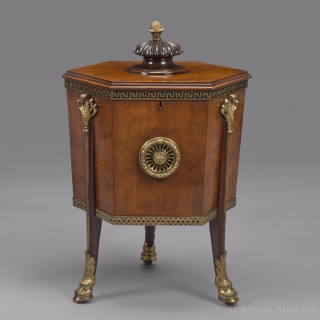 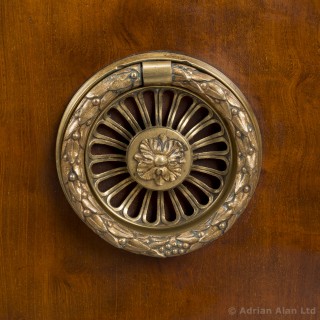 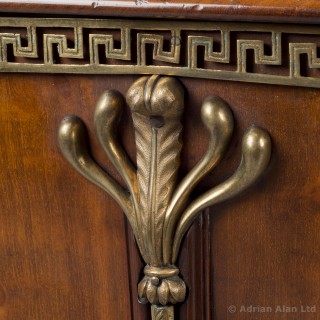 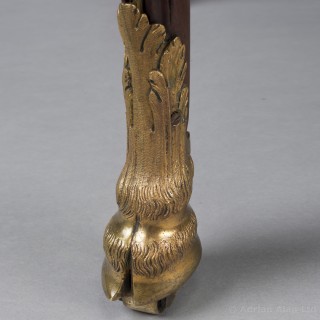 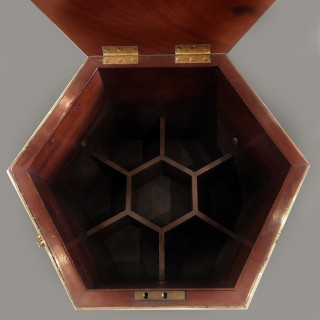 This unusual pair of hexagonal cellarets have a hinged top with a knopped finial, opening to an interior fitted with divisions for bottles; the panelled sides are applied with gilt-bronze Greek-key border to the top and a guilloche running pattern to the base; each fitted with finely cast circular leaf and berry cast handles and raised on three tapering fluted uprights headed by stylised anthemion and put down on hoof cast feet.

The hexagonal form and distinctive design with central boss to the top can be related to an almost identical design for a cellarette by the firm of Conrath & Sons of North Audley Street. Featuring applied ram’s heads instead of anthemion mounts, this closely related design was advertised by Conrath of North Audley Street, London as French ‘Empire’ in style in the trade periodical, The Cabinet Maker & Art Furnisher, January 1895.