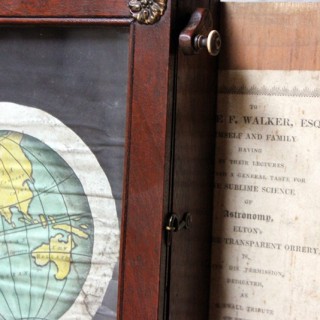 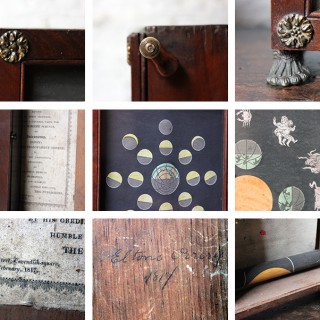 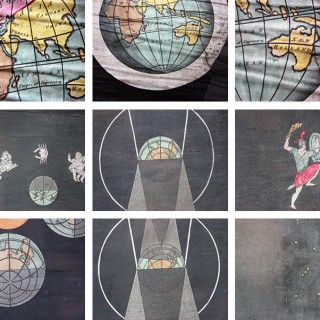 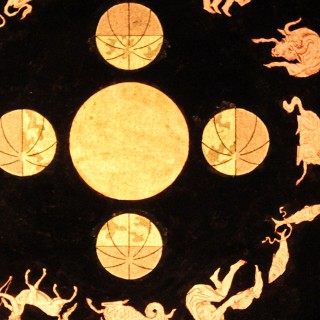 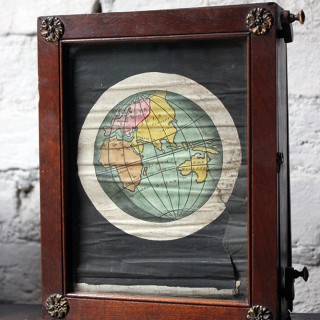 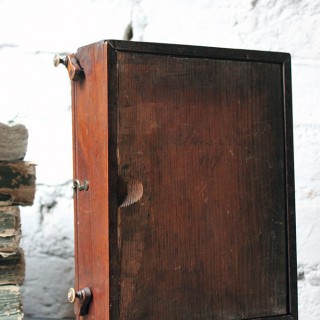 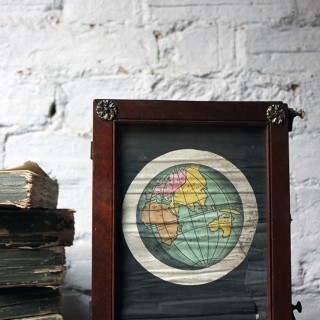 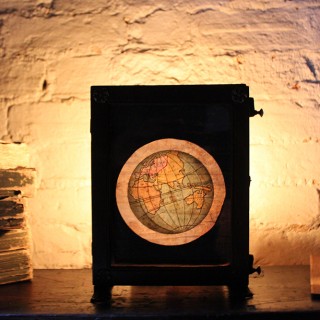 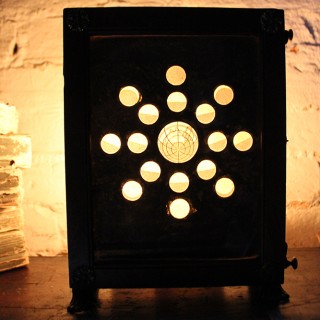 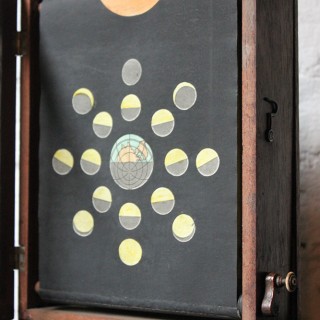 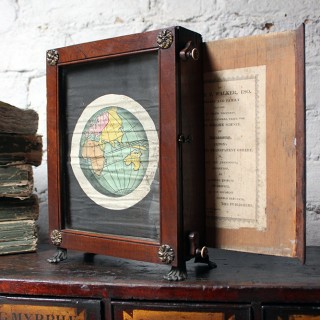 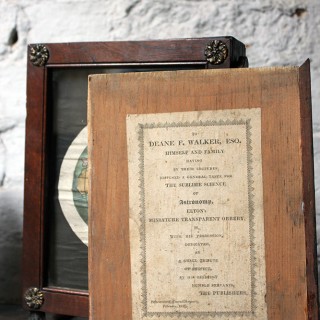 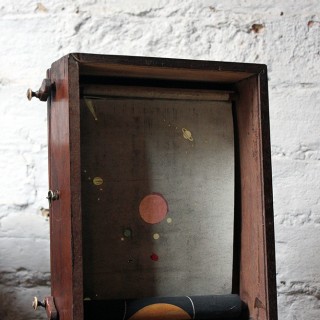 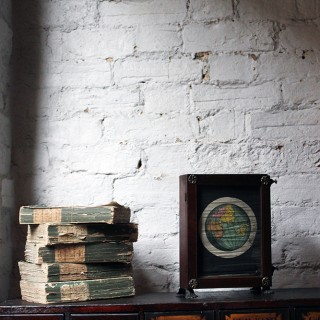 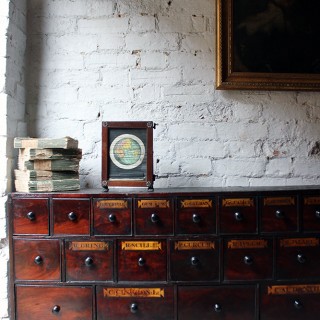 The back panel, as well as having a paper label to the inside, also has a pencil inscription to the exterior reading “To Deane F. Walker, Esq., himself and family having by their lectures diffused a general taste for … astronomy, Elton’s miniature transparent orrery is … dedicated … by the publishers … February, 1817.”

The coloured scenes are as follows;
1. The Earth, with its atmosphere.
2. The two-fold motion of the earth.
3. The signs of the Zodiac.
4. The constellation Orion.
5. The moon, her various phases and appearances.
6. Solar eclipse.
7. Lunar eclipse.
8. Solar system.

Deane F. Walker was a celebrated and popular astronomical lecturer in London; son of Adam Walker, also a lecturer, and inventor. They used an “eidouranion” or transparent orrery to illustrate their astronomical lectures and this piece was one of the very same. It was said of Mr. Walker; ‘whose eminent abilities as a pratical astronomer, and agreeable delivery as an orator, have instructed and amused young people in this country for many years”.

The transparent orrery, which was priced at 15s in 1817, was described as an ‘attempt to elucidate that ancient and sublime science’ and ‘the most entertaining method ever introduced to instruct young persons in the sublime science of astronomy’. Indeed, when the illustrations are backlit by candlelight and ‘put in motion at pleasure’ they become even more entertaining. The orrery, it was said, ‘can be used by day-light, or in the evening, by placing a candle behind, thus affording to the domestic circle, or company if juvenile associates, the most useful and instructive amusement’. For a similar instrument see Gerard l’E Turner, Nineteenth Century Scientific Instruments colour plate XXVII.

This beautiful instrument is both a rare collectable and a decorative delight.

The condition is good. The mahogany has a well-established patina, the glass and feet are in tact and the paper label is retained fully to the sliding back panel. The illustrations themselves are generally in good order which is good news considering their relative fragility and age. The first scene of the Earth does have some damage to the lower right but it does not effect the mechanism or the appearance. The roller mechanism is in working order. The front door of the case doesn’t quite sit flush, as there has been some minor warping due to temperature, so the right hand side of the case sits slightly lower than the other.