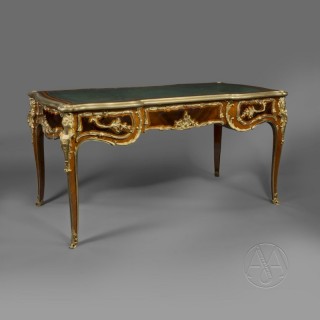 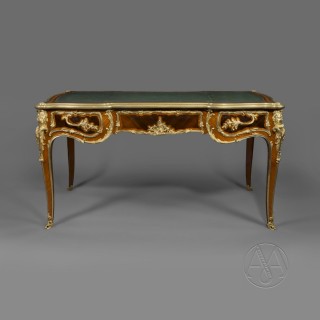 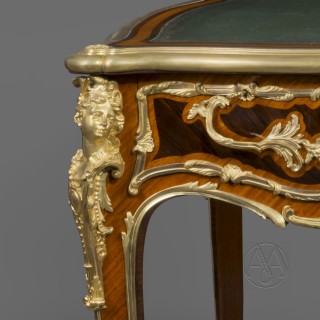 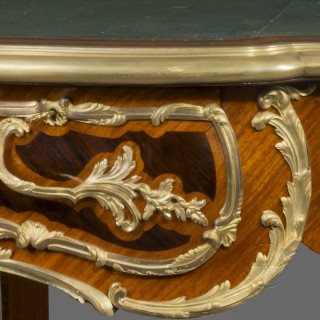 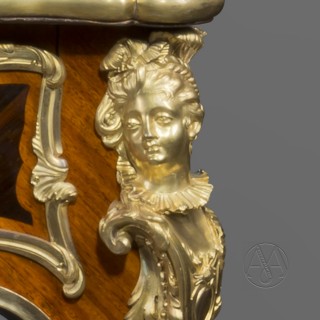 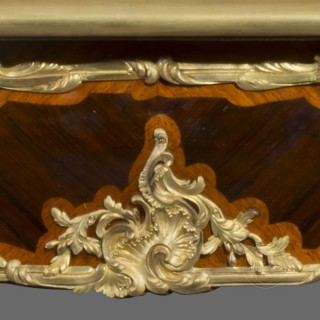 Stamped to the reverse of the bronze mounts ‘JZ’.

This fine bureau plat has a shaped leather inset top with gilt-bronze encadrement above three frieze drawers with foliate handles. The desk is raised on cabriole legs headed by finely cast figural espagnolettes and terminating in scrolled sabots.

oseph-Emmanuel Zwiener (1848- 1895) was one of the leading furniture makers of the end of the nineteenth century. Of German extraction he established a very successful studio in Paris, producing the very finest furniture, often inspired by the public collections in France. He employed as his sculptor, Léon Messagé, the genius Parisian sculptor.