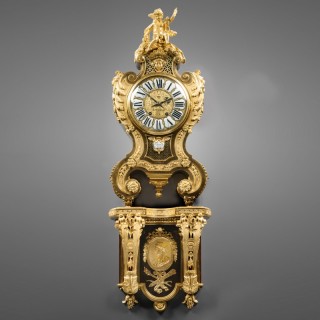 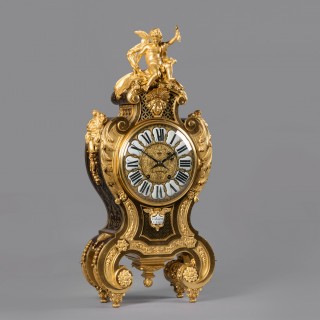 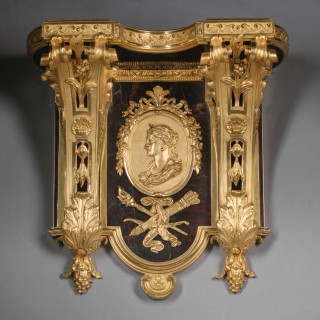 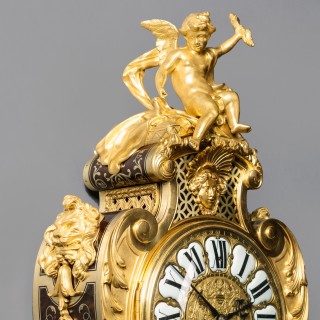 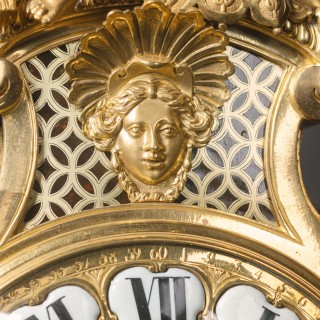 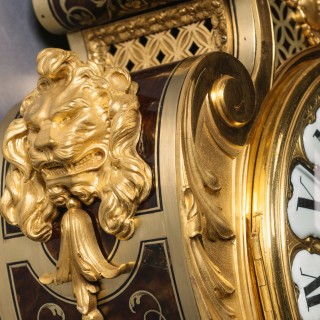 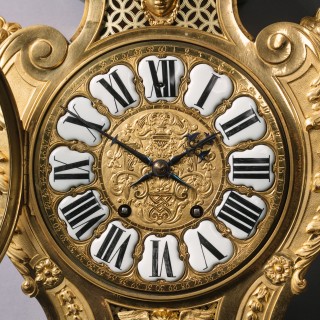 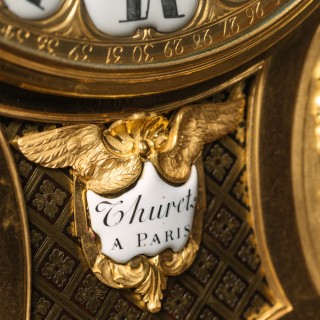 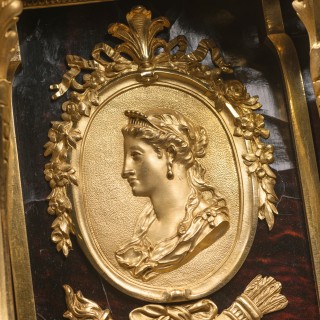 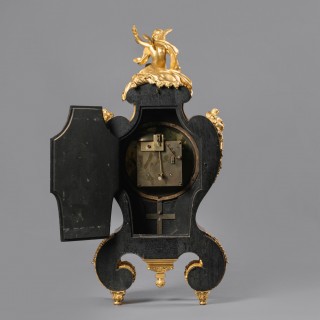 The eight-day twin-train movement, striking on a bell.

The dial with a porcelain cartouche inscribed ‘Thuret a Paris’.
The movement stamped Etienne Maxant and ‘12775: 8.1 EM’.

This impressive and large cartel clock has a circular, arabesque chased, brass dial with Roman numerals on enamelled cartouches, with engraved Arabic seconds and polished steel hands. The dial sits within a waisted case, with large acanthus mounted gilt-bronze volutes, surmounted by a palmette mascaron and a figure of Jupiter as a child and an enamel cartouche signed ‘Thuret A PARIS’. It is supported on large foliate mounted scrolls and decorated to the sides with Boulle marquetry panels and lion mask mounts. The bracket, or console ensuite is modelled with openwork uprights and volutes framing a woman’s profile in the antique, surmounting a military trophy on a Boulle marquetry inlaid background.

An eighteenth-century version of this clock by ‘Mynuel A Paris’ (Maitre 1720) is illustrated by Tardy in ‘La Pendule Francaise’, 1ere partie, p. 141.