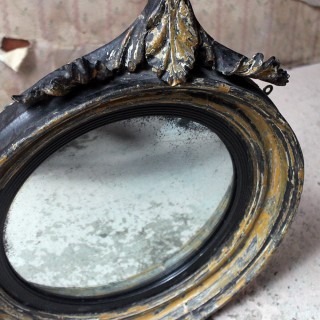 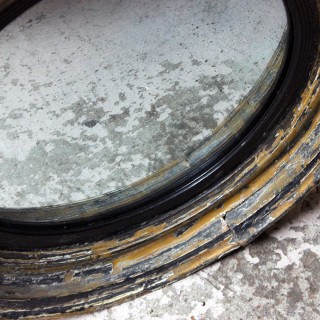 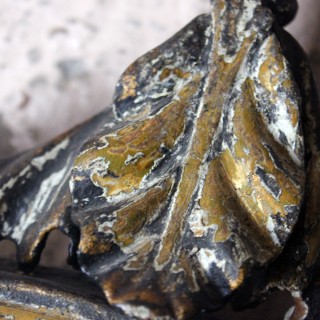 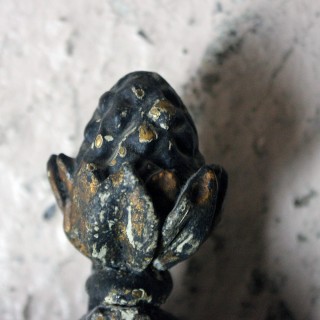 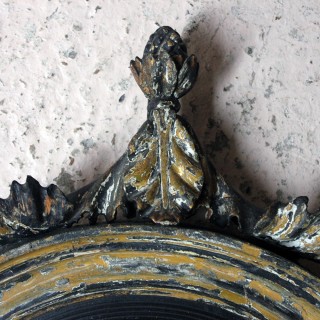 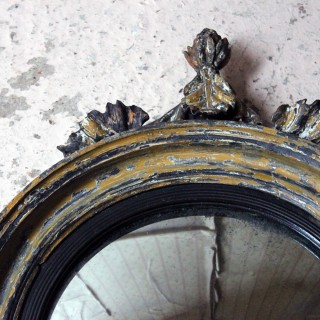 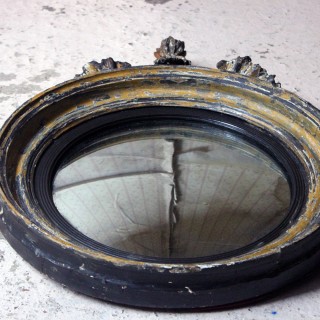 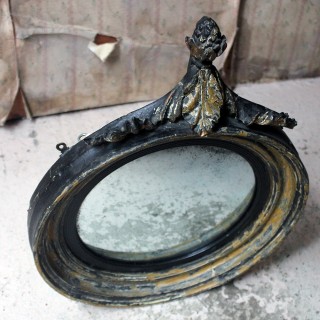 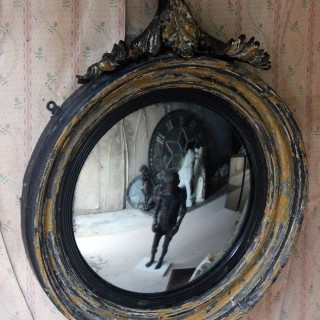 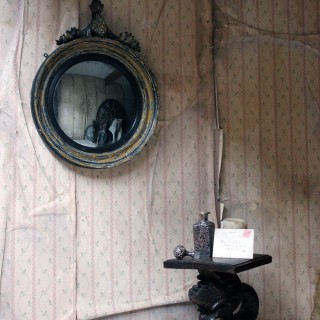 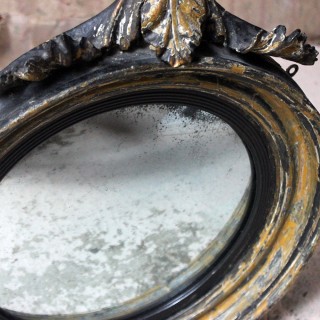 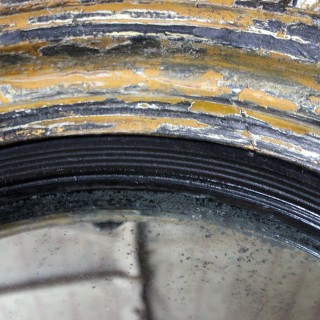 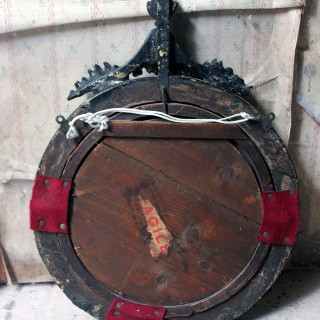 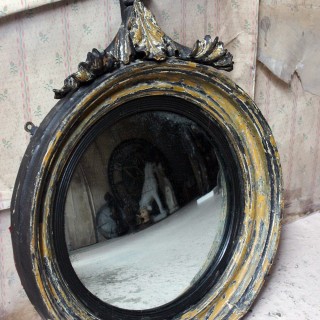 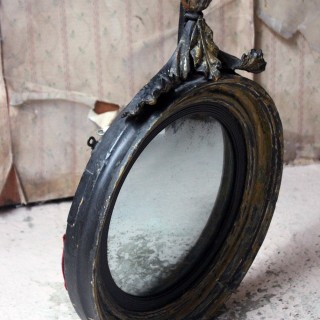 The attractive Regency period giltwood and gesso wall mirror having the original convex mirror plate and ebonised reeded slip, surrounded by a thick moulded gilt gesso frame in beautifully worn condition, the edges and base in black bole, surmounted by an acanthus leaf cresting to a pineapple finial, with the whole surviving from the first quarter of the nineteenth century.

The mirror is in very original, attractive, decorative aged condition. The original plate glass is intact and has attractive foxing across the whole, evenly spread. The gilding is worn to the whole and shows a fabulous patina without having been overpainted or gilded. The reverse shows much of the original fittings and backboards with some later felt nailed reinforcements.