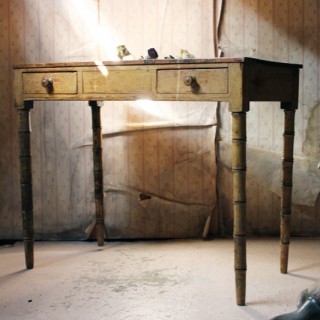 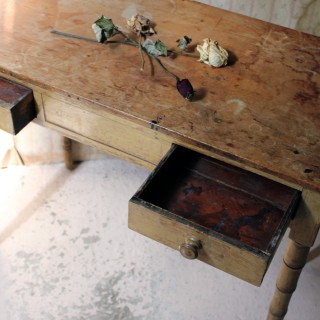 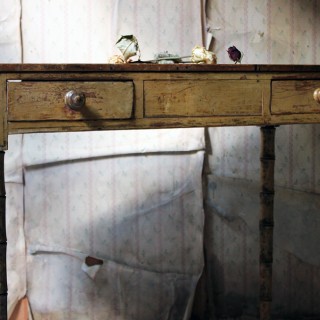 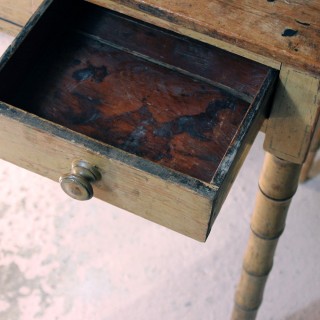 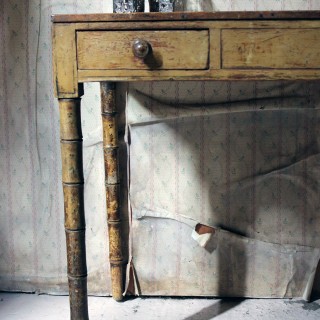 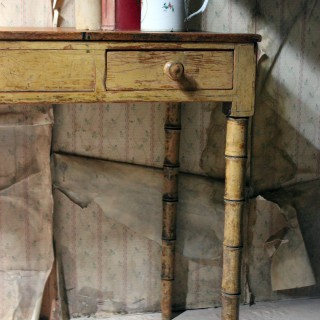 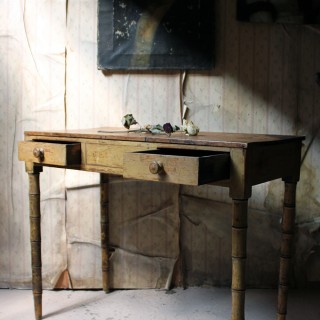 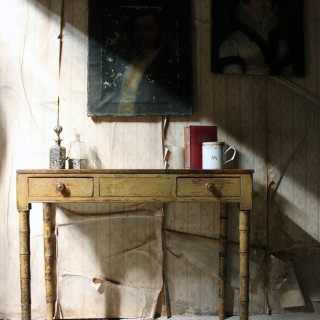 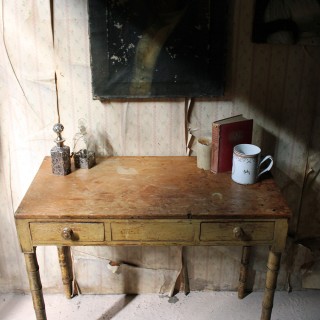 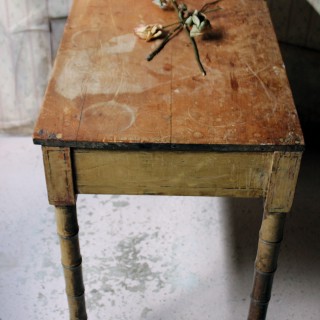 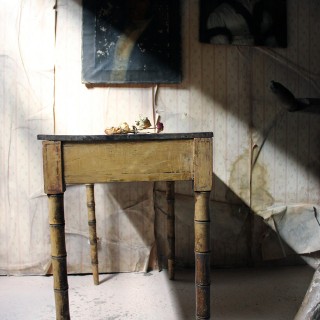 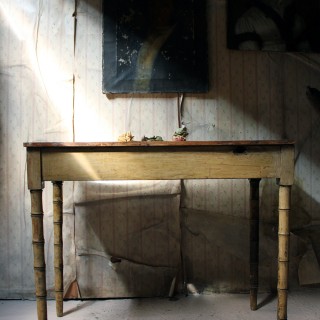 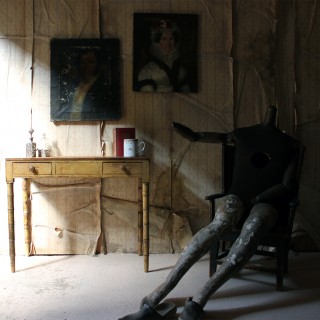 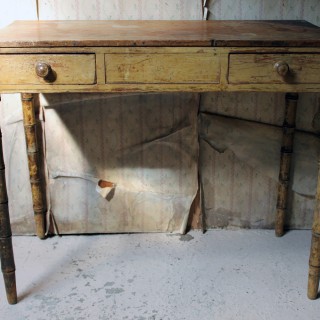 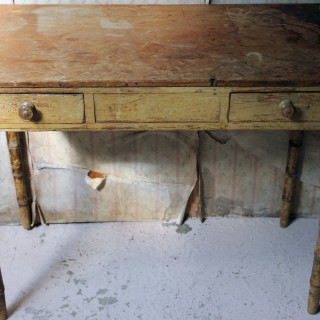 The influences on Regency design and taste were legion; from Sheraton’s neoclassicism, Henry Holland’s Anglo-French taste, the Greek revival of Thomas Hope, and the Chinoiserie favoured by the Prince Regent, to an interest in the Gothic, Old English and rustic. The Regency attitude to interior decoration often involved treating each room as a unit with individual furnishings and wall decorations in harmony of theme or colour scheme.

The popularity of bamboo furniture particularly for bedrooms continued after the death of George IV. Simple materials like beech simulating bamboo and lacquer were favoured rather than the ebony and ormolu that had been used at Carlton House for instance, which emphasised the gay informality of the ‘new taste’ rather than the stylish and rich pieces made earlier.

An elegant table full of sculptural lines that could also be used as a writing table or desk.

The table shows a consistent amount of wear to its original paintwork and proves beautifully decorative. The top now is largely absent of any paint, having ring marks and stains as per the photographs; with the drawers running smoothly and the carcass standing well.