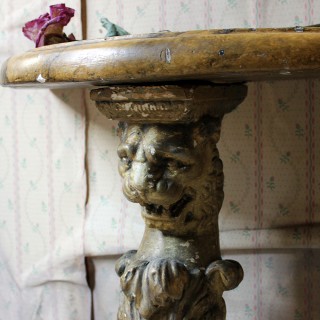 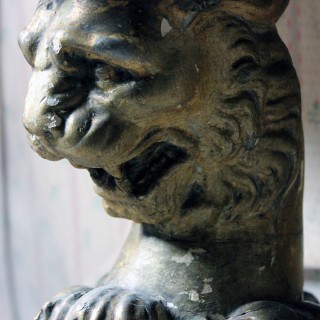 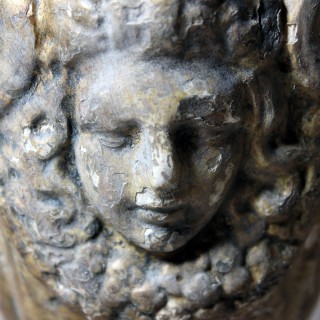 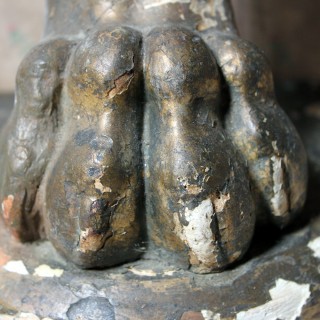 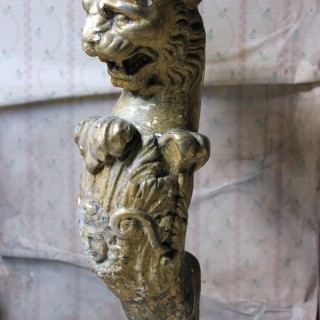 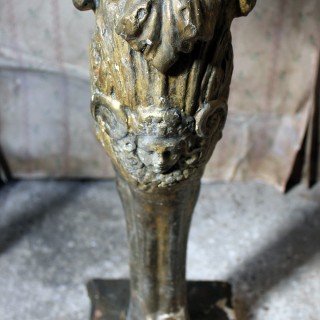 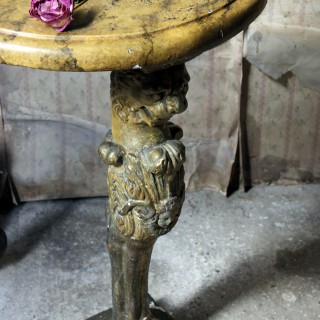 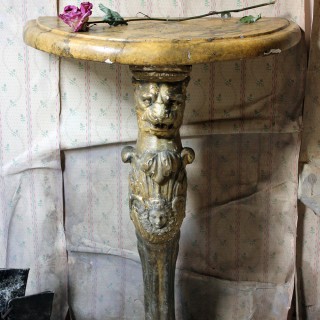 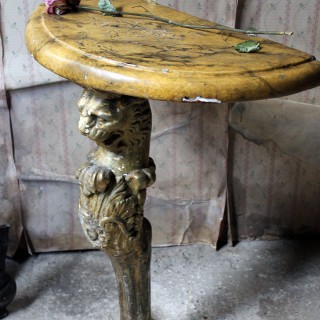 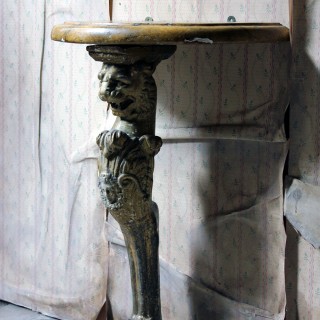 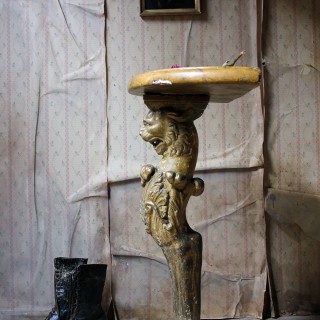 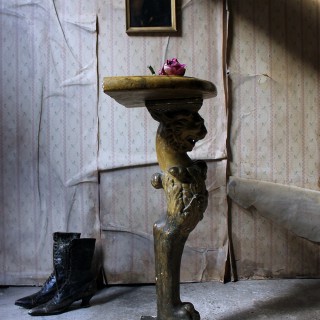 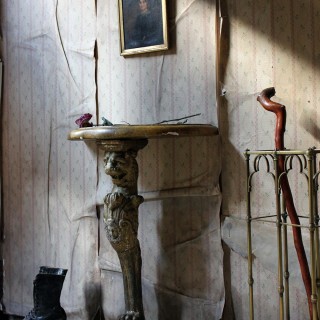 The Regency period gilded leopard monopodia, in the manner of Thomas Hope, having a later faux siena marble composition oval top, the leopard monopodia with carved scrolls, a mask of a maiden to the centre and terminating in a large paw foot, the whole surviving from the first quarter of nineteenth century England.

Console tables such as this one were designed to sit against a wall. They came into use during the first decade of the nineteenth century and their designs were heavily influenced by archaeological discoveries. The lion or leopard had been used for thousands of years, a popular motif with kings, princes, patricians, pretenders and potentates, because it symbolised strength and power. They had been very popular on Roman furniture, revived by late neoclassical designers, including Dutch born London based connoisseur and designer Thomas Hope, who featured them in his 1807 publication Household Furniture and Interior Decoration. English tables made in in the Thomas Hope style would generally have a platform below the legs, as we see here, whereas the Irish equivalent are often made without the platform bases.

Although presented in somewhat chequered condition this is a difficult to find piece of Regency finery and makes for a beautiful table.

The monopodia itself has a lovely rich patina to the lower half where the gilding is all original. The upper half has had some re-touching to the gilding, with some of it having been re-touched in gold paint, and there are flecks of losses and chips to the composition; please see the photographs for a visual reference. Suffice to say the faux siena marble top is later but still has good age, and it is well painted and proportioned well to the monopodia, The top sits well enough on the base, but does need securing with the two brackets to make good.