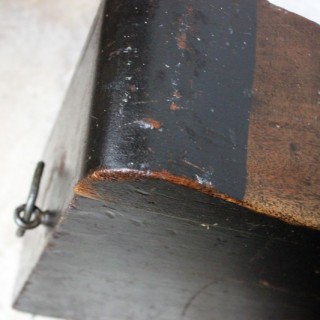 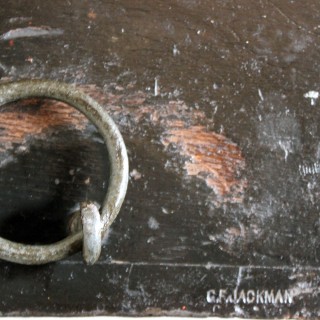 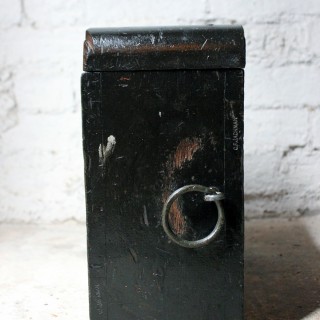 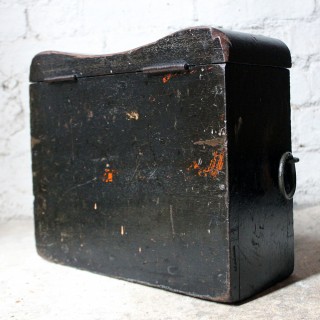 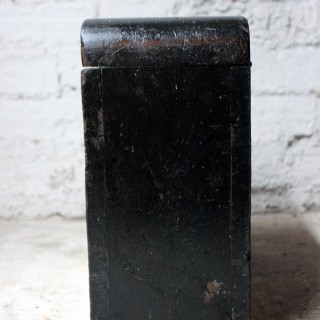 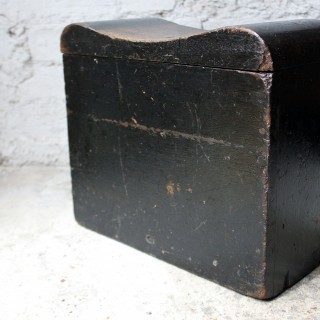 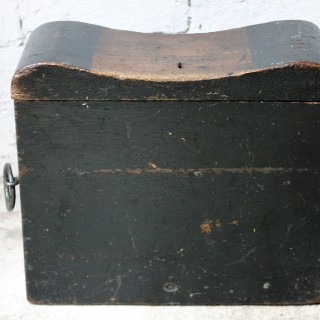 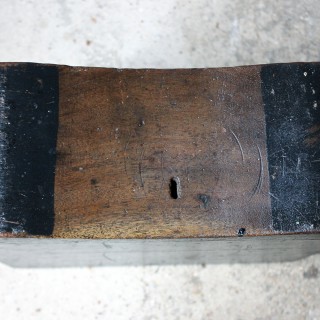 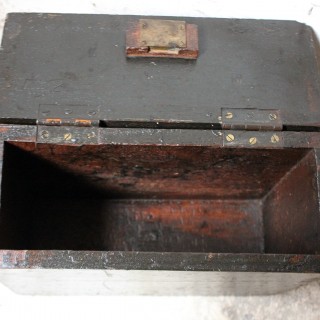 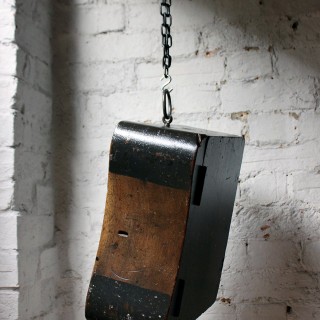 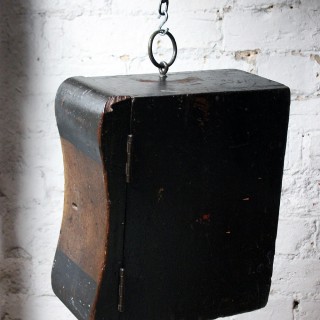 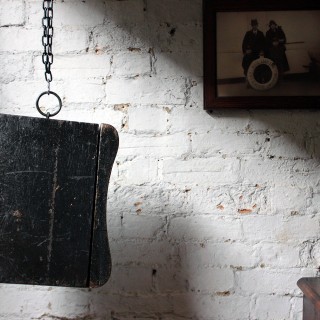 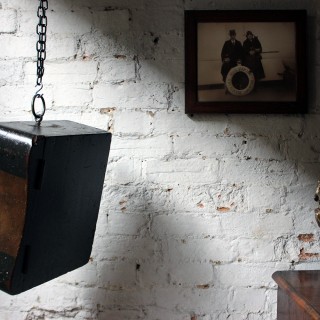 The black painted English oak shipwrights caulking box, displaying an attractive patination to the whole, having the original iron carrying ring handle to one flank, the lockable shaped seat top left unpainted to show the wooden grain, opening to reveal a vacant storage space, and stamped ‘G.F. JACKMAN’ twice to one side, survives from Victorian period England.

Caulking refers to the method used to make wooden decks on ships watertight, and involves a variety of unique tools. Strands of oakum, a fibrous material derived from jute, are driven between the wedge-shaped joins between the timbers and then covered with tar or pitch to make the deck watertight. This process took a lot of skill – not enough oakum and water could get between the cracks, too much and the planks could split apart. Shipwrights would take great pride in their mallets, and would tell you that a good mallet, property cared for, would not only make work easier, but would be a pleasure to listen to.

Portable caulking boxes like these would have held the shipwright’s most important tools like mallets and irons. The iron ring would have allowed the shipwright to have the box attached to him when working on the sides of the ship so it was accessible at all times, and the curved top allowed him to sit on the box when on deck.

An English shipwright once recalled…

‘The old shipwrights liked to hear the mallet sing; the slots caused the singing. All these things were done for a good reason – If several men are caulking on deck together and they used ordinary mallets, they would deafen one another.’

A tactile, attractive and evocative box that could now be used in a variety of ways, and a rare find, too.

The condition of the box is very good, and remains in exactly the condition as when it was made, barring wear to the paint commensurate with age with gives it a good decorative appearance. The wear is to be found in all of the right places such as the ring handle area, and the chain abrasion to the front where the chain would have rubbed the paintwork when it was attached to the iron ring. The original lock is in place but the key is absent. The fact that is stamped is a nice touch and it could be further researched in this regard.