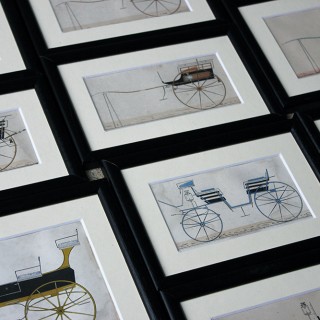 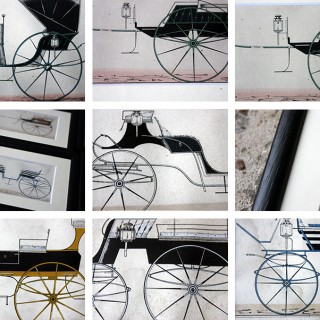 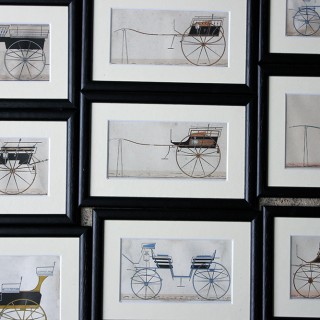 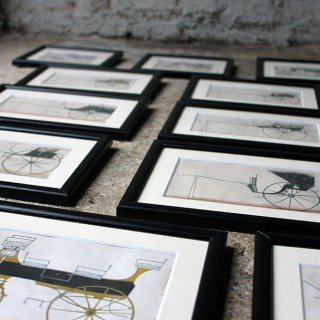 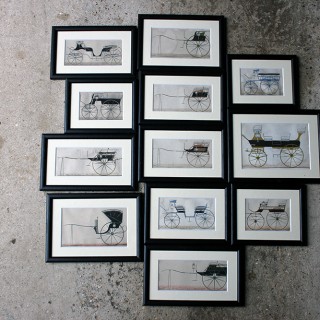 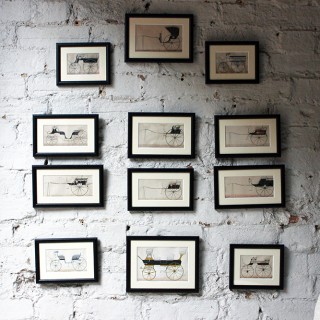 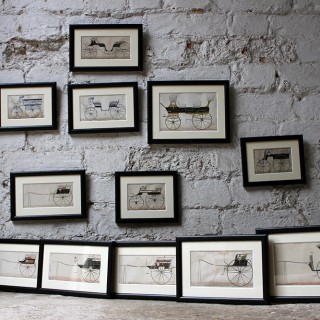 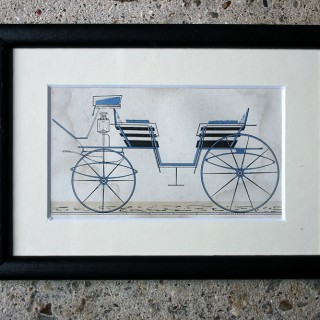 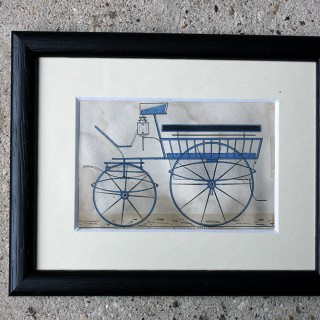 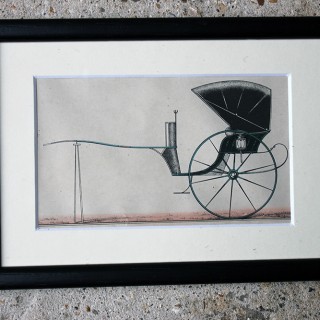 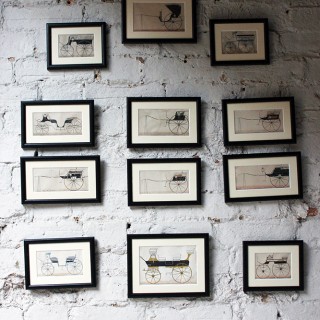 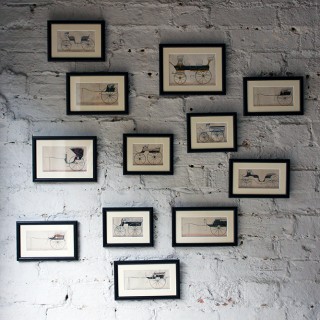 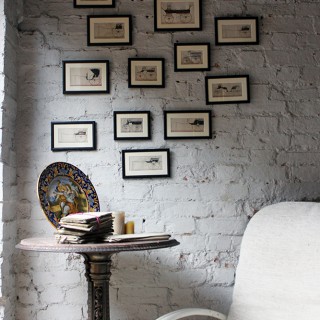 The twelve hand coloured drawings, presented in contemporary frames, each depicting various designs for broughams, cabriolets, chariots, curricles, landaus, phaetons, and gigs to have been originally mounted to serve advertising vehicles available for hire from a Dorchester Inn in High East Street, being the Kings Arms, Coaching house, Dorchester and surviving from the middle of the Victorian period.

The Kings Arms in Dorchester’s High Street East is a traditional coaching inn, the main one of the town, and these drawings would have hung in this Inn mounted together more like a ‘menu’ in larger frames.

An almost bewildering variety of horse-drawn carriages existed. By the early 19th century one’s choice of carriage was only in part based on practicality and performance; it was also a status statement and subject to changing fashions. The Coronation year of 1838 was a year, which marked an important epoch in the annals of coach-building with the celebrations for Queen Victoria giving rise to an enormous number of carriage commissions. Carriages and coaches began to disappear as use of steam propulsion began to generate more and more interest and research. Steam power quickly won the battle against animal power as is evident by a newspaper article written in England in 1895 entitled “Horseflesh vs. Steam”.

The wholes are dusty, slightly spoiled and foxed, with some loss to one drawing, the others in a slightly tatty but sound state. The frames are contemporary and simple and are mounted with ivory mount board.