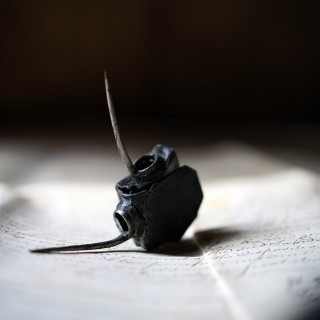 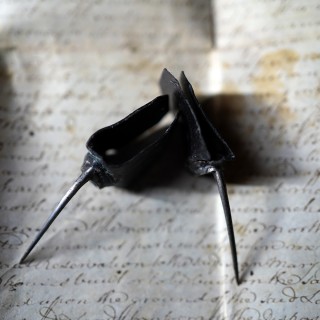 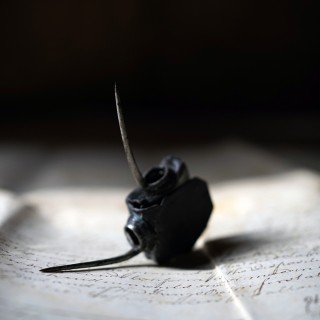 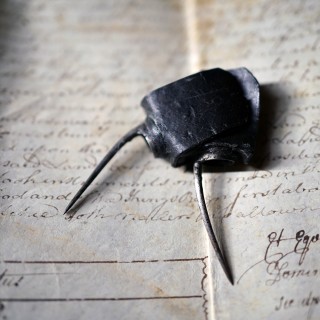 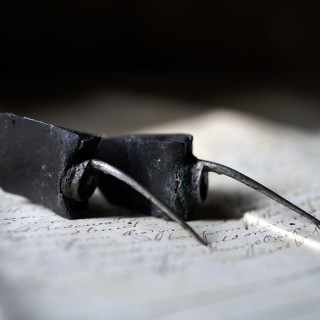 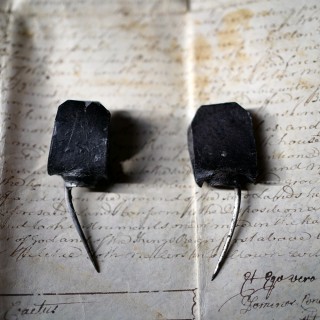 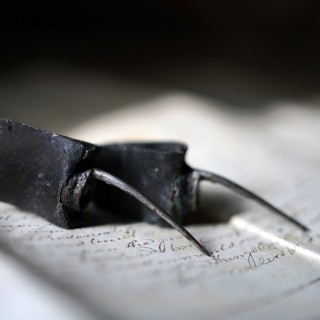 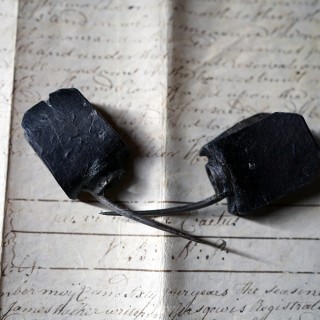 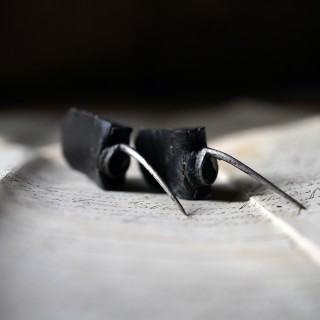 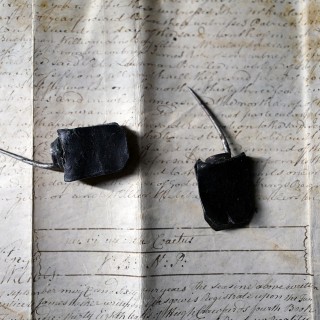 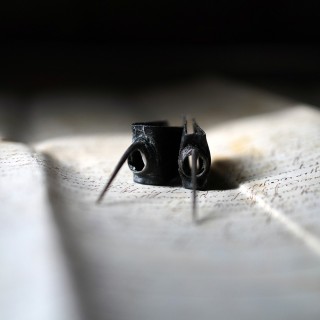 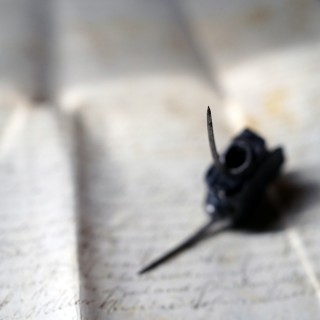 The rare pair of eighteenth-century cock fighting spurs, in steel and brass with leather straps, the wholes surviving from Georgian period England.

The leather straps would be secured around the cock’s leg with the steel ring placed over the bird’s natural leg spurs before facing its opponent.

Although its origins are ancient, this gruesome sport became popularised in the UK in the sixteenth century and Henry VIII himself had a cockpit built at Whitehall Palace during his reign. Apart from a short ban during the commonwealth period under Cromwell, it remained legal until 1849. Sadly, it is still practised in many countries and remains popular in parts of South East Asia.

Fascinating relics from our rather more bloodthirsty ancestors and highly sculptural macabre objects.

The spurs are in totally original order with no losses or repairs.