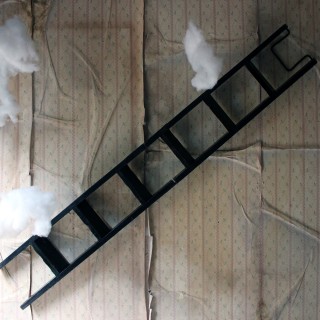 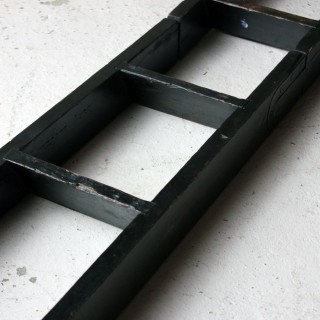 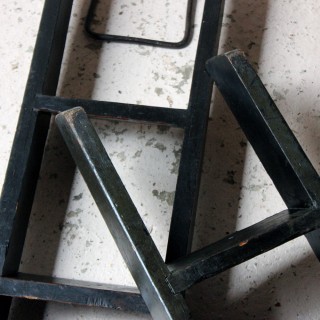 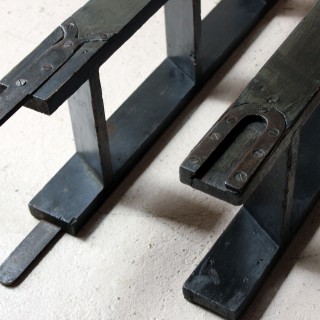 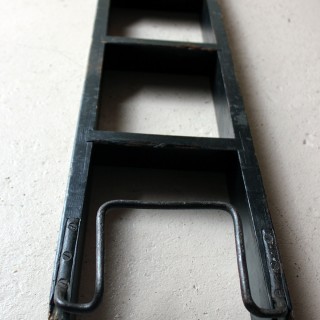 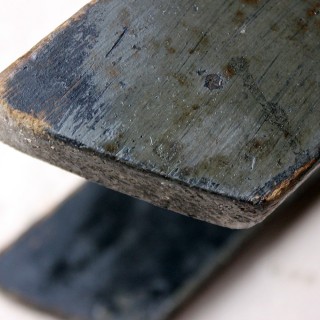 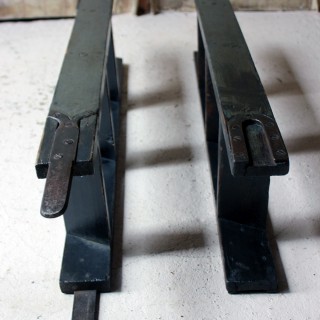 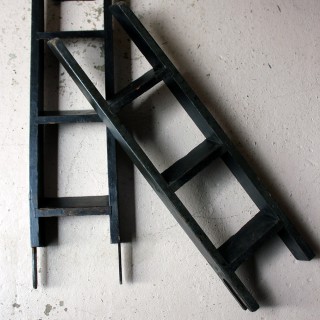 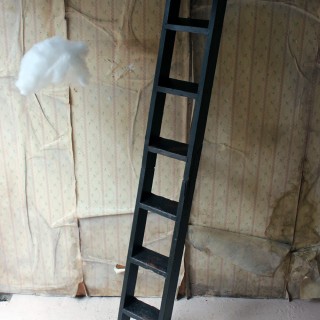 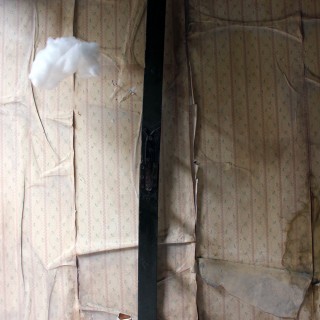 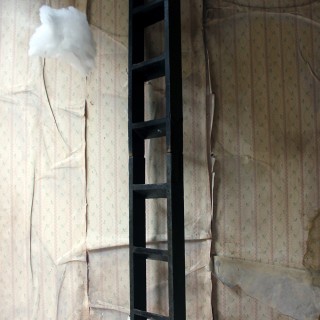 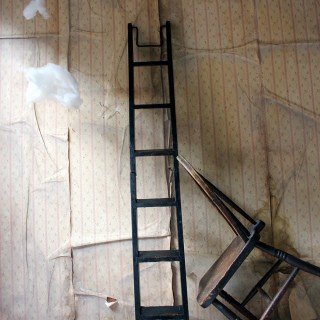 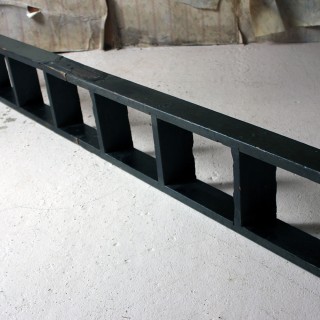 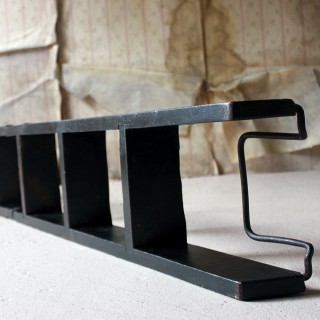 The painted wood coaching ladder, in two sections, with six treads and an iron hook, the male and female interlocking iron parts joining to make the whole, the surface showing the original timeworn black and sage green paints, and surviving from the mid-Victorian era.

The word “ladder” can be traced back to the Old English word “hlæder” which roughly translated means “something that slopes”. It is estimated that ladders as we know them have been in use for over 10,000 years. Cave paintings from the Mesolithic era in the Spider Caves in Valencia, Spain were discovered picturing two people with a long, rickety ladder, thought to be made out of woven grass, heading towards a tree with a bees nest in it, in order to collect some honey. As time moved on and tools progressed, we begin to see examples of wooden ladders and in medieval times these were used to help storm a castle. John Basely from Ohio invented the step ladder in 1862; he put a hinge in between two ladder sides to enable it to be stored more easily.

Ladders of this type are scarce making this set desirable for collectors though it also makes for a novel wall decoration or perhaps helping you reach for the next novel.

The condition of the ladder is totally original with the paintwork worn nicely and thus decoratively it is delightful. The ladder can easily be used as it is stable or of course just admired.