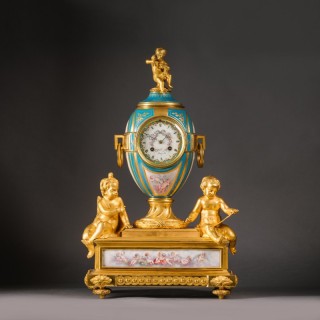 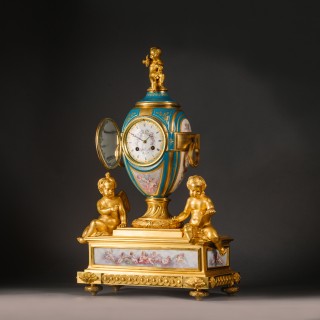 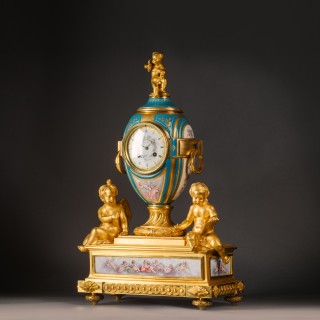 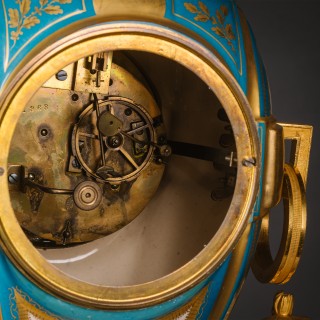 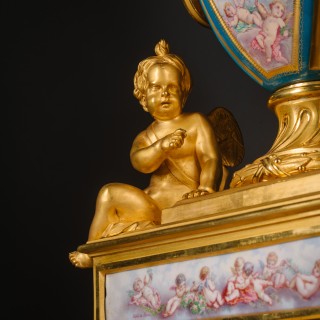 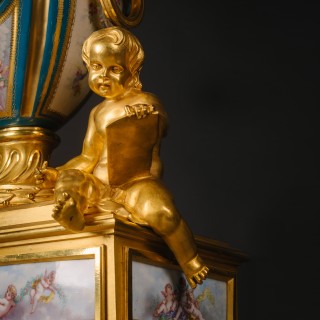 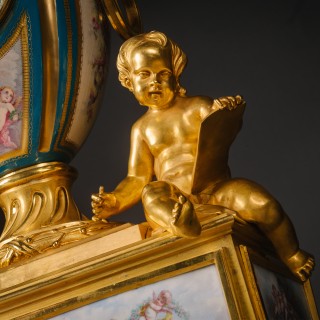 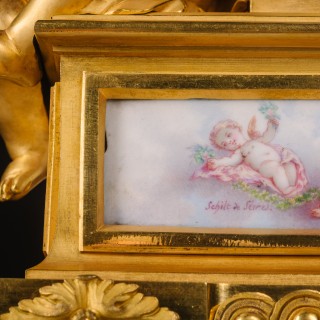 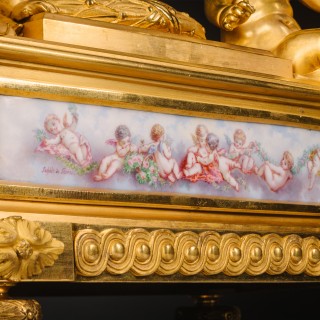 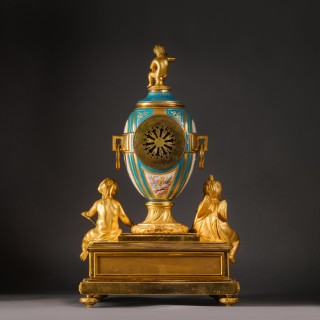 The twin train movement with Brocot escapement and suspension, sounding on a bell.

Of impressive size, this fine gilt-bronze and Sèvres style porcelain clock is in the form of an ovoid shaped Bleu Céleste ground porcelain vase with hand painted reserves and gilt-bronze handles, surmounted by a seated putto and inset with a circular 4 1/2 inch porcelain dial with Roman numerals and Breguet hands; the vase flanked by seated excogitative putti and raised on a plinth base mounted with finely painted porcelain panels of putti at play, above a guiulloche running pattern frieze and put down on flattened toupie feet.

Léonard Abel Schilt was a celebrated figure painter from the great Shilt dynasty of porcelain painters, active since 1818 at Sèvres. He is recorded at the national manufactory in the years 1877-1878 and 1891-1893. Schilt also maintained an independent atelier in Paris and was a noted Salon and Exposition exhibitor throughout the late 19th century.

Little is known about the French clockmaker and bronzier Raingo, who almost certainly apprenticed in Paris circa 1790. He moved to Belgium, circa 1800, probably for political reasons, and from the signatures on some of his clocks, it is known that he worked in Gand and Tournay. Later, in 1823, he is recorded as being clockmaker to the duc de Chartres.