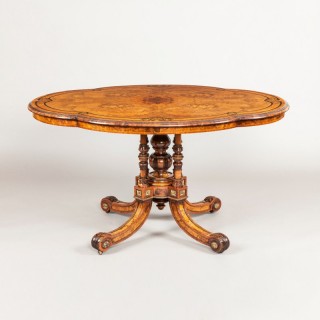 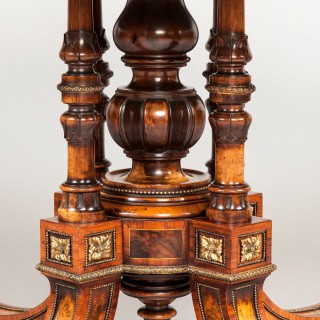 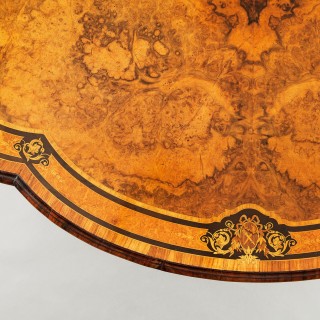 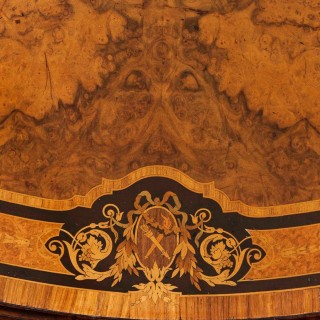 A Shaped Centre Table by Gillows

Constructed in Circassian walnut, with specimen woods inlays, and gilt metal adornments; rising from a castor shod scrolled leg quadripartite base, carved with foliates; a central shaped baluster form column is enclosed by four reeded upright supports at the cardinal points; the platform of serpentine shape, having a specimen wood guard band, depicting foliates and flambeaux, within the splendid book-matched walnut veneers.
Circa 1870

Throughout this period it was the largest manufactory of furniture in England. The fortuitous survival of the Gillows records in their Estimate Sketch Books show over 20,000 designs and are preserved in the City of Westminster Library. Furniture made by Gillows is to be found in Royal collections and museums throughout the world. The recent publication of Susan E. Stuart’s scholarly and invaluable study on the company, published by the Antique Collectors Club is a masterpiece of its’ type, and a wonderful exegesis of the company.

A Shaped Centre Table by Gillows