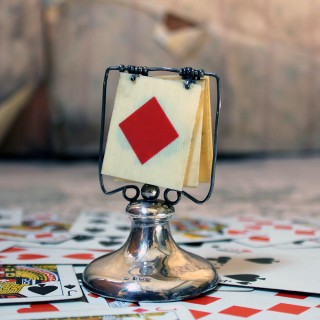 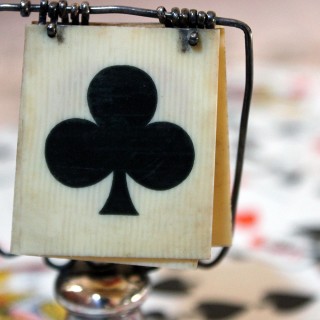 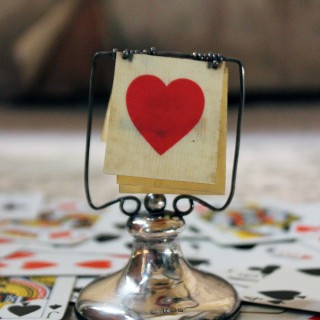 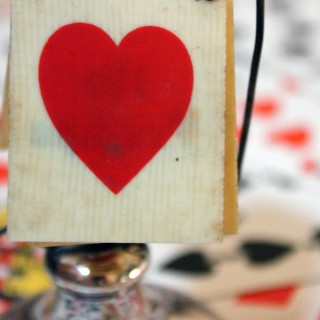 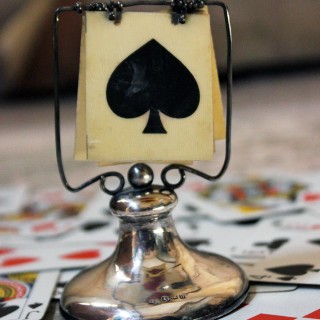 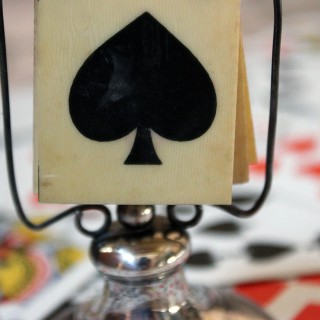 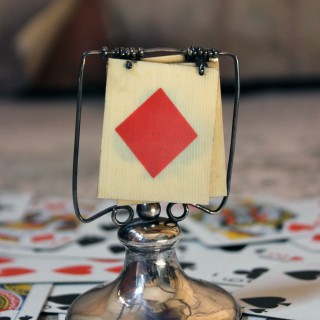 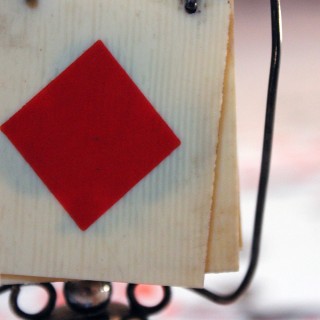 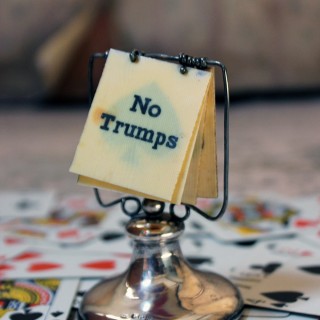 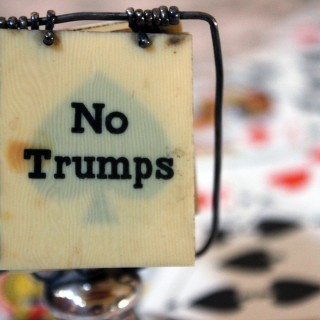 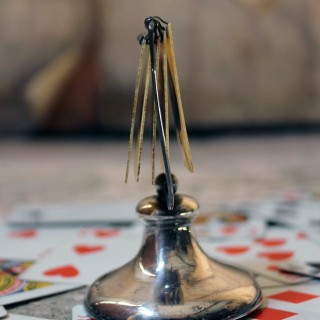 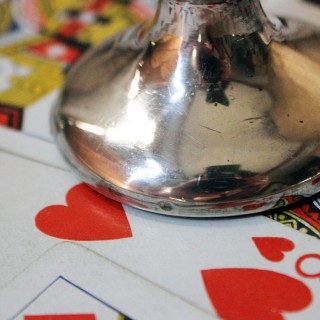 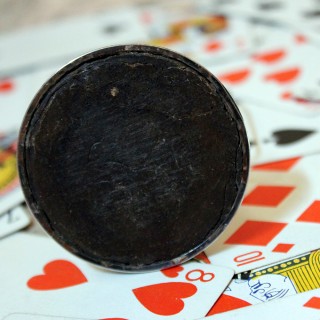 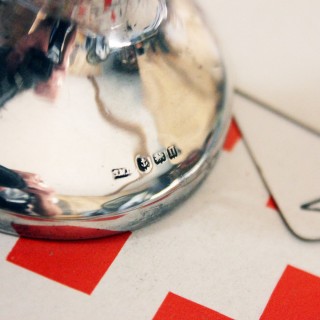 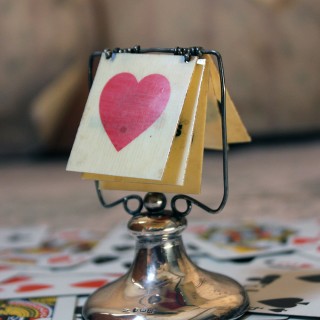 The English silver and bone bridge counter, showing the suits and ‘no trumps’, to each paddle, the suits all hand painted, to a wire framed support, the silver base hallmarked for Samuel M Levi, Birmingham 1912.

Bridge can trace its ancestry at least to the early 16th century in England. Bridge departed from whist with the creation of “Biritch” in the 19th century, and evolved through the late 19th and early 20th centuries to form the present game. The first rule book for bridge, dated 1886, is Biritch, or Russian Whist written by John Collinson, an English financier working in Ottoman Istanbul. In 1904 auction bridge was developed, in which the players bid in a competitive auction to decide the contract and declarer. This counter was made eight years after this development.

A neat coincidence that it is well known that the 1st class passengers played bridge when the Titanic went down, the year this counter was crafted….whether using for its intended purpose or simply admiring the beautifully painted suits and polished silver, this is a little gem.

The piece is intact and complete, with some slight rubbing to the hallmarks. The bone cards are all complete, and flip as they should though the wire support can get in the way a little at times.