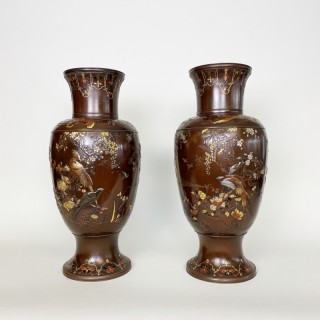 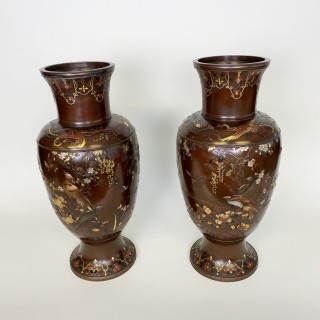 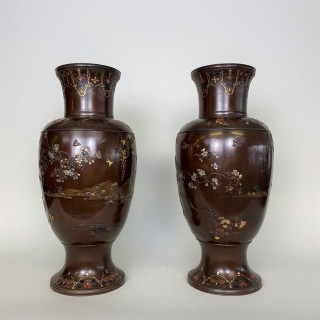 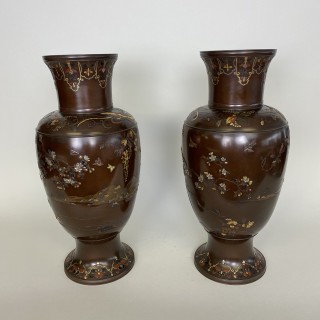 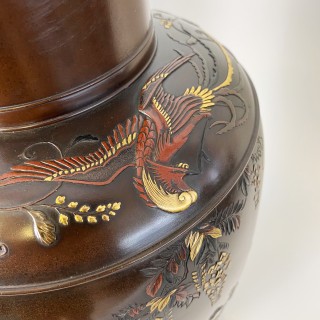 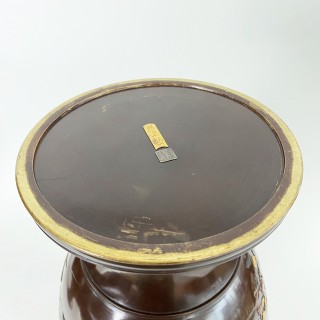 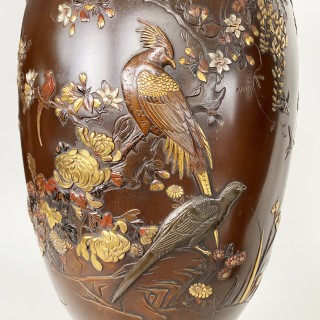 A stunning pair of Japanese mixed multi metal overlaid bronze vases dating from the reign of Emperor Meiji. Both vases overlaid with silver, shakudo and other precious metals depicting pheasants, flowering blossoms, seascapes and Mount Fuji. On the neck, Ho Ho birds (Phoenix) fly amongst the blossom and butterflies form the decoration at the base.

The pheasant is an important bird in the Shinto religion, it is a messenger for Amaterasu the sun goddess and as such is seen a symbol of luck, longevity and fidelity.

Shakudo is an alloy of gold and copper which can be treated to develop a black patina.