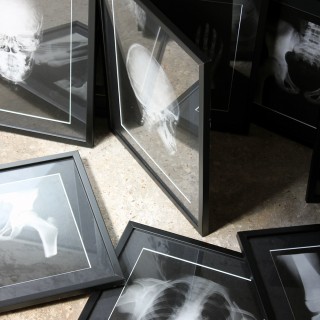 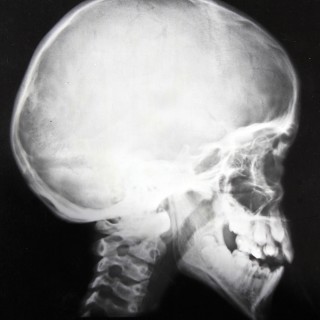 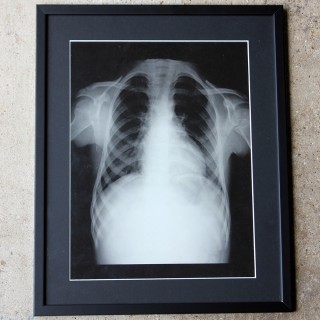 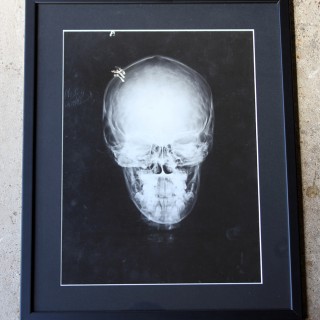 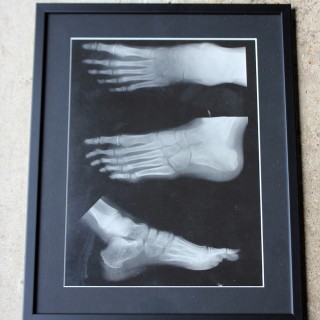 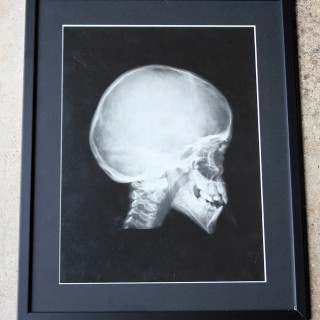 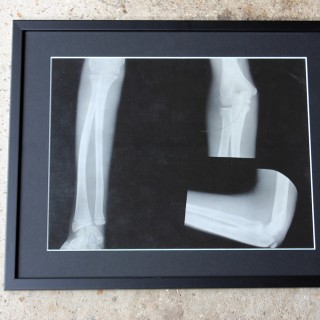 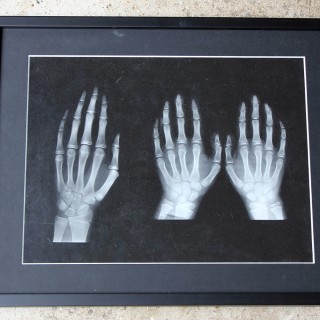 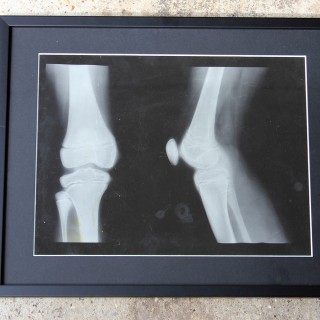 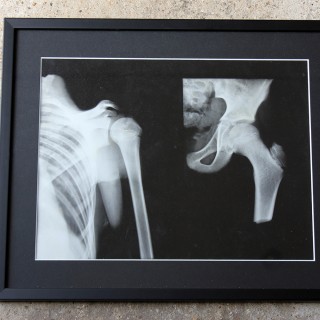 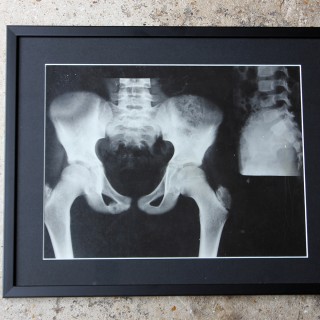 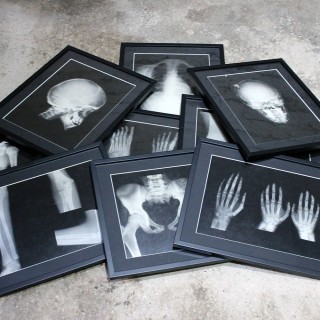 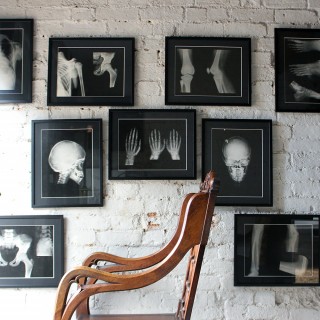 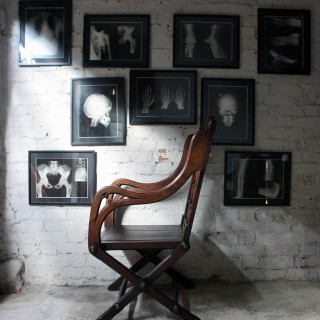 The decorative group of nine medical x-ray imaging teaching aids on thick card, each framed and glazed with black inset borders, with four being portrait and five set in landscape, showing profiles of various parts of the human skeletal system, and each surviving from the third quarter of twentieth century England, most likely from a medical school.

X-rays were discovered back in 1895 by Wilhelm Conrad Roentgen (1845-1923) who was a Professor at Wuerzburg University in Germany. Working with a cathode-ray tube in his laboratory, Roentgen observed a fluorescent glow of crystals on a table near his tube. X-rays are a form of electromagnetic radiation, similar to visible light. Unlike light, however, x-rays have higher energy and can pass through most objects, including the body. Medical x-rays are used to generate images of tissues and structures inside the body. If x-rays travelling through the body also pass through an x-ray detector on the other side of the patient, an image will be formed that represents the “shadows” formed by the objects inside the body.

An extremely striking composition that draws ones thoughts to the wonders of electromagnetic radiation.

The images are in pretty good overall order with some small nicks and tears commensurate with their age; please see the photographs for a visual reference. There is some expected light discoloration and minor creasing to the corners. The frames are contemporary and very effective.