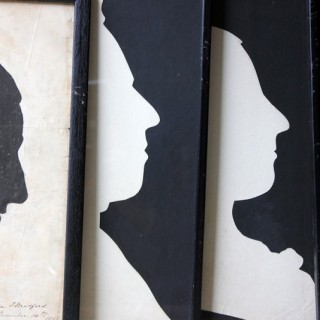 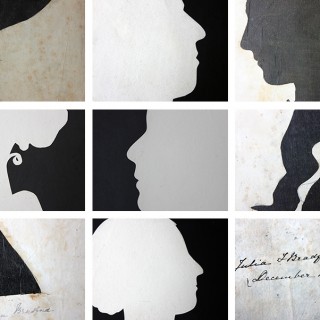 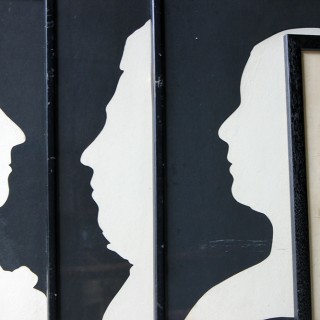 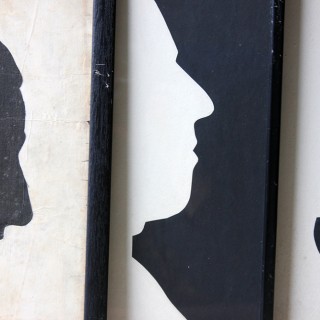 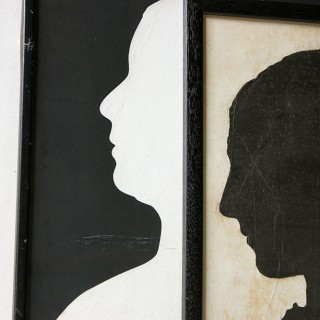 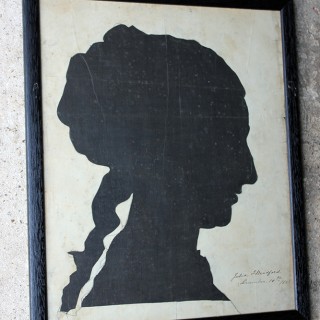 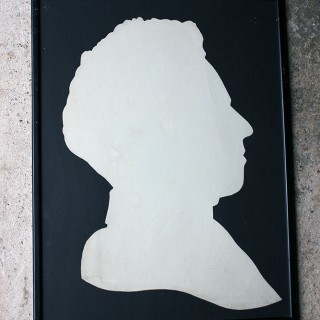 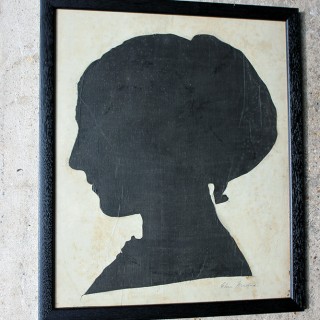 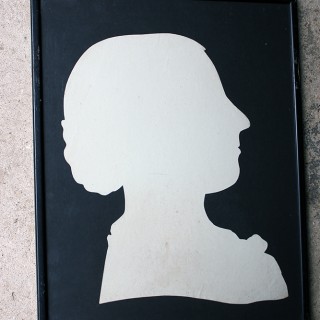 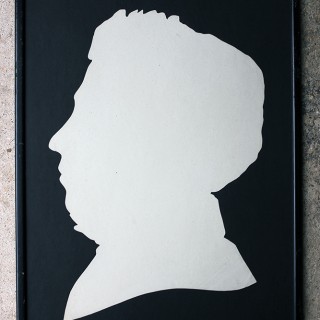 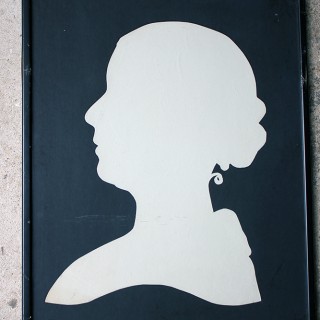 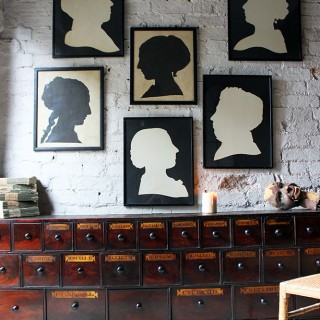 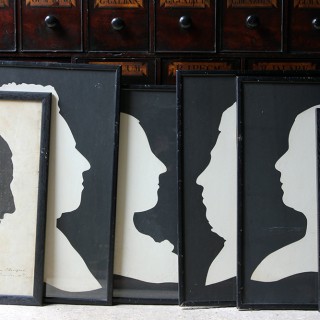 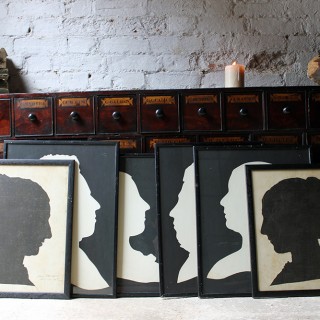 The group of six life-size silhouettes, featuring two Gentlemen and four Ladies, facing dexter and sinister, one bearing a date of 1868, and each surviving from the middle of Victorian period England.

The two silhouettes that are annotated are that of Misses Julia and Flora Bradford both inscribed with sitter’s name, one dated December 10th 1868. The National Portrait Gallery holds an albumen print of Julia Fanny Bradford (circa 1837-1884), daughter of Colonel William J. Bradford by Camille Silvy, dated 15 March 1861; and the V and A has a ‘Carte de visite’ (visiting card) for Flora and Julia Bradford, by Camille-Leon-Louis Silvy dated 1860, Paris.

The traditional method of creating silhouette portraits, as we see here, is to cut them from lightweight black cardboard, and mount them on a pale background. This was the work of specialist artists, often working out of booths at fairs or markets. After the 1840s the silhouette became more of a portrait, as these are, and conversation pieces in their own rights.

Arresting, and rather rare for their size, these artworks work terrifically well as a group providing a thunderous decorative impact.

The silhouettes are in generally good overall order. There is some dirt under the glass and discoloration to the cream backgrounds. A couple of the portraits have various tears and or patching around the edges. Two of the frames are 21sT C and the other four are mid 20thC.