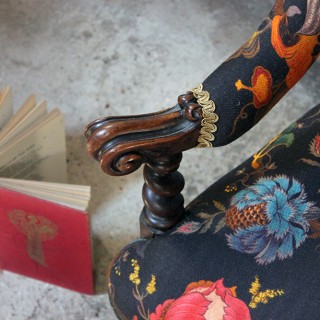 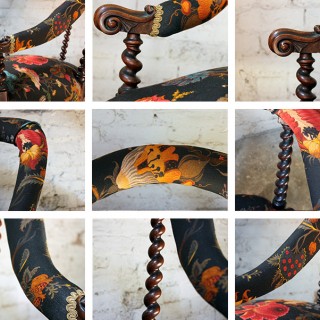 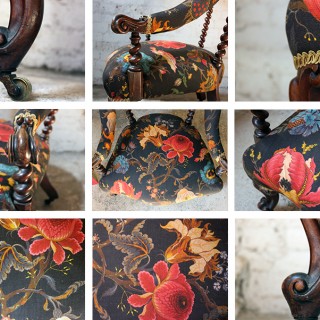 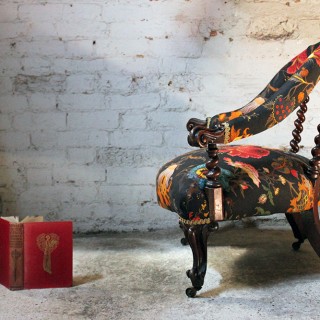 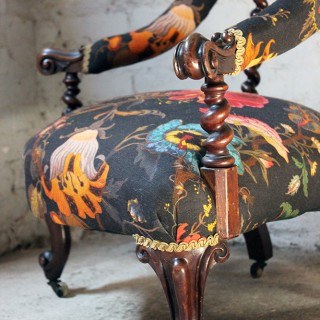 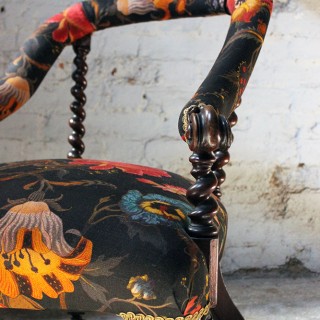 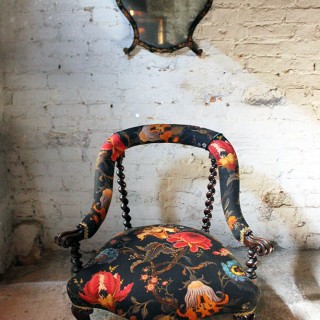 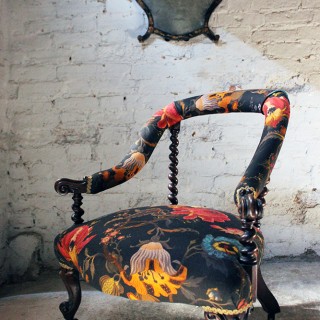 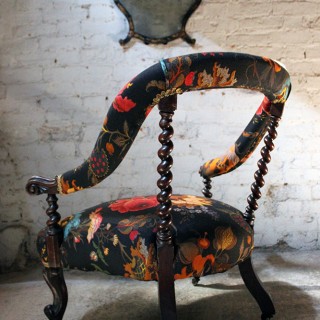 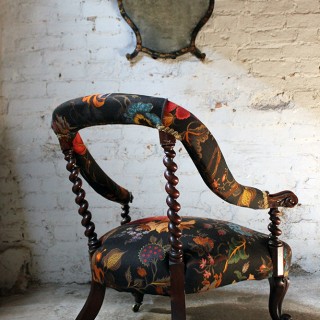 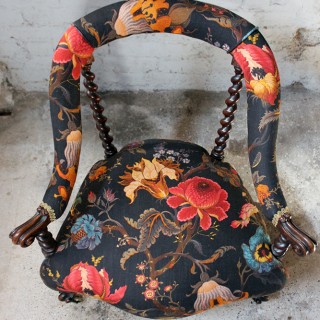 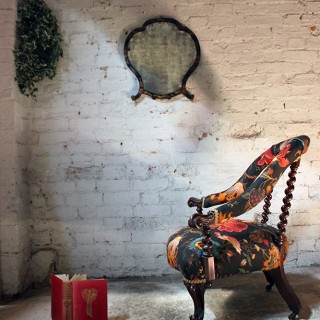 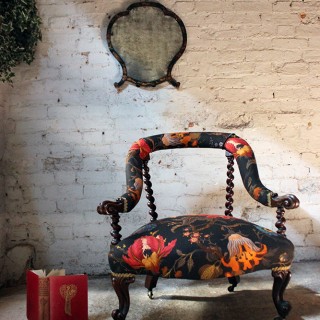 The quality low-slung walnut framed and horse-shoe backed salon or occasional armchair of high-Victorian style newly upholstered in cotton and linen blend ‘Artemis’, the top rail supported on tapered barley twist columns, with scroll over arms, the serpentine seat raised on rear sabre legs and carved front cabriole legs each with the original brass castors surviving from the third quarter of the nineteenth century.

One of the most graceful chair designs is the horseshoe armchair, which originated more than 500 years ago in the time of the Ming Dynasty. The back rail and arms of the chair form a continuous semicircle, gently descending toward the front with the terminals of the arms bent slightly back in a rhythmic yet reserved curve. This design feature allies nicely with that of the barley-twist which is a well known feature on furniture, originally being Baroque, of Spanish-Moorish origin and coming to England from Portugal with Katherine of Braganza in1661 when she married Charles II. The colour of the walnut in this instance produces a wonderful barley twist which has only improved with age whilst as a design feature it is most commonly seen these days in oak; and was much revived from the time of Queen Anne to during Victoria’s reign as we see with this example.

High Victoriana just got rather sexy.

The chair has a good overall colour to the walnut as a whole and does not suffer from worm or damages. She is stable and the castors move freely. The upholstery is fresh and is part of an exclusive new line at D&H showcasing rare and fine antique furniture with a twist from the wonderful fabrics from House of Hackney, London.