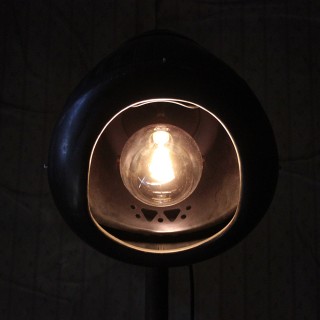 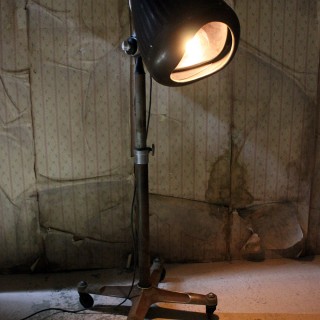 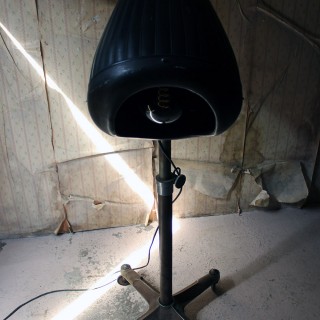 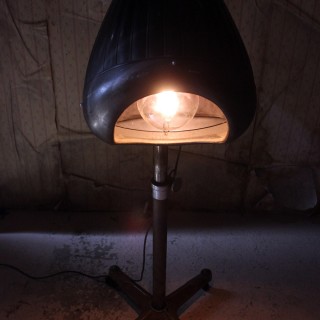 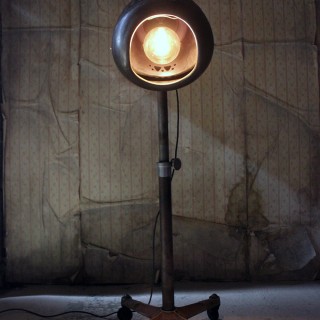 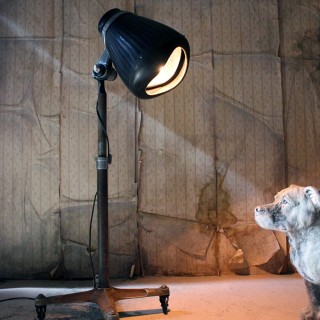 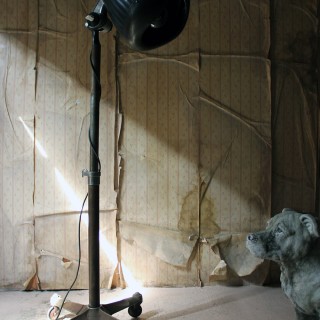 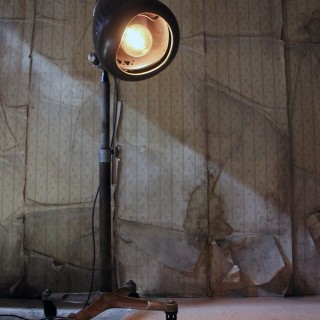 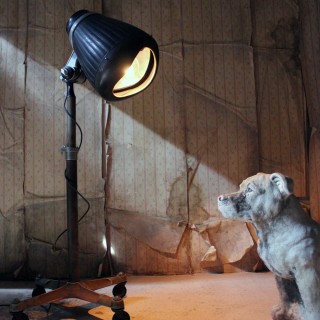 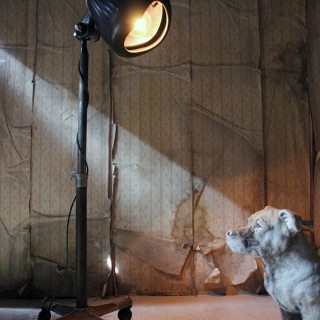 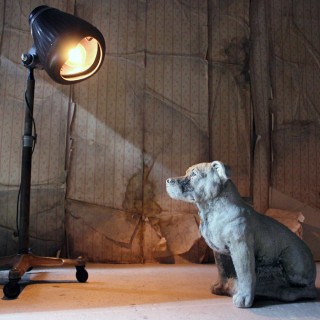 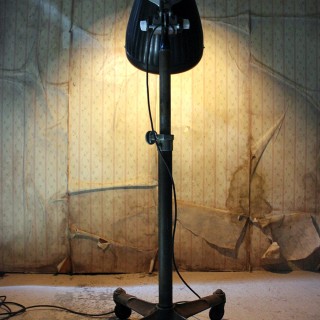 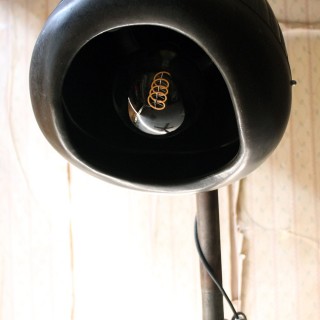 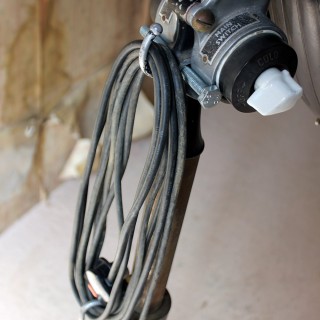 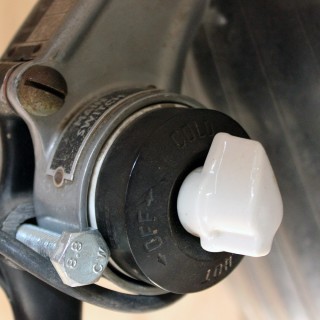 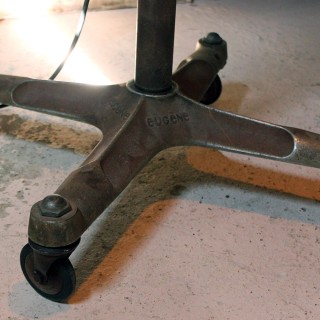 The tubular metal and large hooded heavy duty dryer, now converted to a studio floor lamp, to an adjustable column and a four legged base with industrial castors and the makers name for Eugene Ltd, the on/off switch now working as a lamp switch, and the hood housing a large filament bulb, the whole surviving from early 1930s England.

Eugene Suter was a Swiss immigrant who set up a fashionable ladies’ salon in London’s West End. He claimed to have come from Paris, which in those days was the center of fashion and style. He became aware of the possibilities of electrical permanent waving particularly when shorter hair allowed the design of smaller equipment. The system had two parts; one was the electric heater and the other was the system of winding and holding the hair on a form which was inserted into a heater. Sutter tried to design a heater, but was unsuccessful.

Isidoro Calvete was a Spanish immigrant who set up a workshop for the repair and manufacture of electrical equipment in the same area of London in 1917. This equipment was just coming into use for the hairdressing and medical professions. Sutter consulted him on the heater and Calvete designed a practical model consisting of two windings inserted into an aluminium tube. This ensured that when inserted over a root winding, the thicker hair nearer to the root became hotter than the thinner hair at the end. Sutter patented the design in his own name and for the next 12 years ordered all his hairdressing equipment from Calvete but marketed under his commercial name, Eugene Ltd, which became synonymous with permanent waving throughout the world.

With the outbreak of World War II in 1939, all production of such equipment stopped in Europe and hardly recovered afterwards, being replaced either by home heater kits or cold-waving methods. Eugene Ltd finally turned in to Suter Electrical in the 1970’s which in 1995 became REM the name everybody knows for fine salon furniture and equipment.

With its long cable and industrial wheels this is a great lamp to have in and around a studio or loft apartment space; wheeling its way round to wherever it is needed.

The condition of the lamp is good with the base running freely and the whole having been recently re-wired to work as a lamp. There is a bolt to the neck to adjust the head and the column adjustment works as it should.