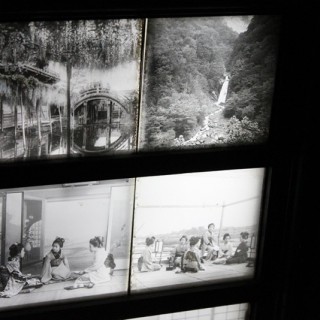 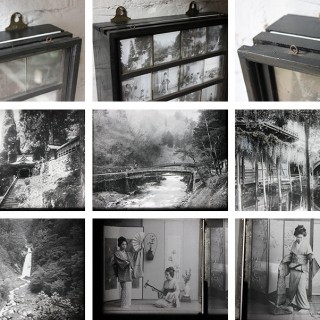 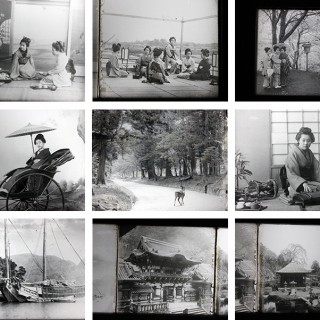 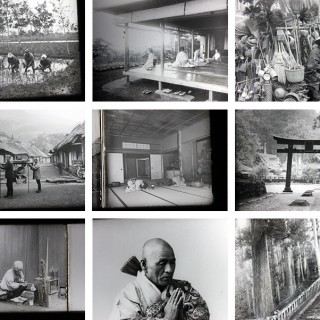 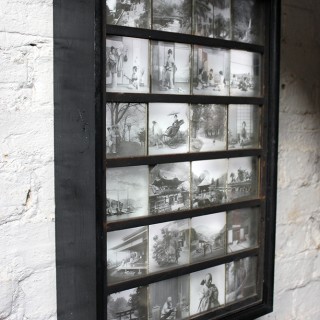 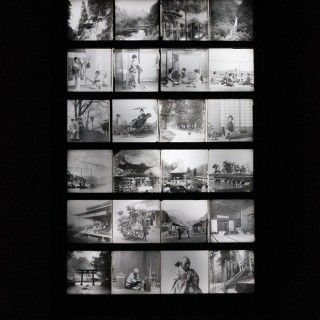 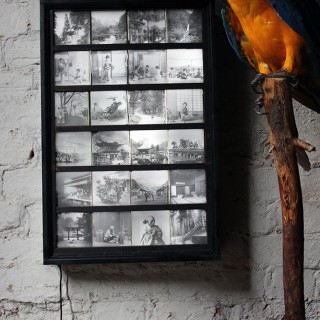 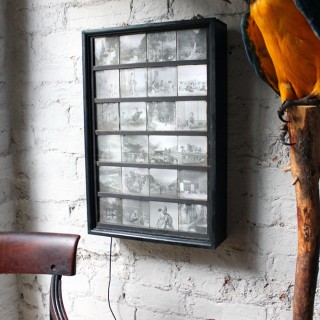 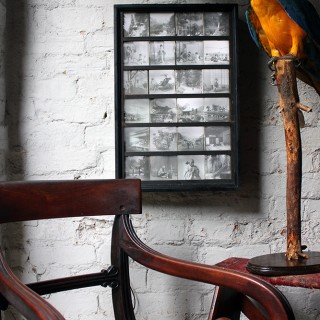 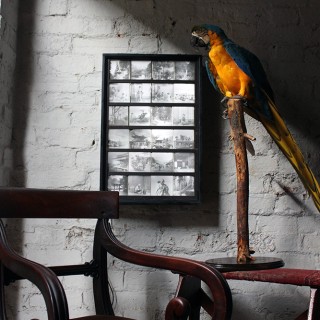 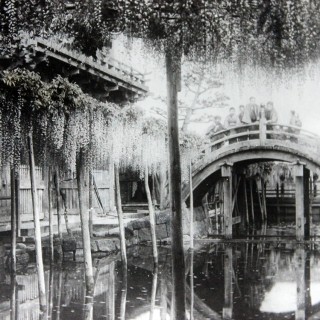 The group of twenty-four late nineteenth century hand-tinted glass lantern slides of east-Asian interest, showing the daily lives of Japanese people, both exterior and interior and ranging in theme from transport to prayer, industry to agriculture, music to fashion and landscape to architectural, the glass slides presented in a later custom-made black painted pine frame with LED-light-box surround, the whole backlit and ready to hang.

The slides themselves were part of the late Christopher Sheppard’s estate who was a prominent glass dealer and who has written books such as ‘A collection of fine glass from the Restoration to the Regency’ and was a very well respected figure within the industry.

The ingenious way the slides have been displayed here means they can be enjoyed as intended with a constant source of diffused white light, many such slides are left in wooden boxes in attics and long forgotten.

The magic lantern is the forerunner of the slide projector, and it is one of the most popular inventions of the marvellous world of optical illusion, alongside the Camera Obscura, the Magic Mirror, and various other contraptions that have captivated people for centuries. Magic lantern slides were introduced to Japan via Holland in the mid 18th century. They became ‘Japanised’ and known in the public entertainment media as “utsushi-e” during the late Edo period (1603-1867). However, the educational use of this media began during the early Meiji period (1868-1912), when magic lantern slides were re-introduced by Tejima Seiichi (1849-1918) from the United States in 1874. The popularity of lantern slides among the general public was gradually replaced by cinema.

A visual feast, this is a breathtaking and unique piece that now unifies shards of eastern memory, installation art, lighting and fine art.

The slides are in good condition and are all in tact. The painted pine frame that divides them is perhaps 20-30 years old and the light-box frame surround was created by us and matched in to create the whole. The piece lights from the mains adaptor with a small cord and because LED lights have been used the power needed is minimal and the slides do not get hot. The slide frame is removable from the light box.