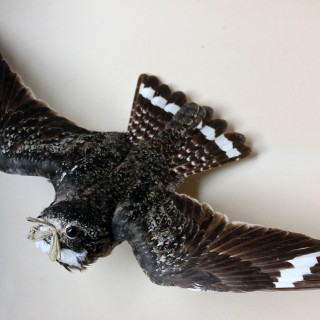 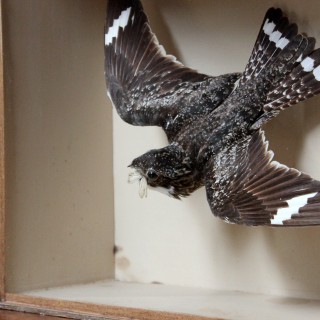 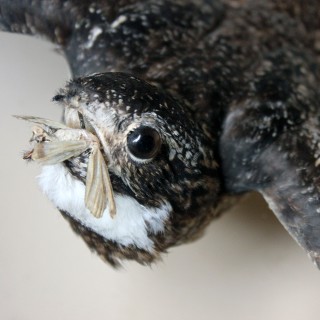 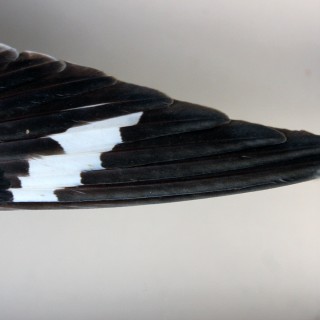 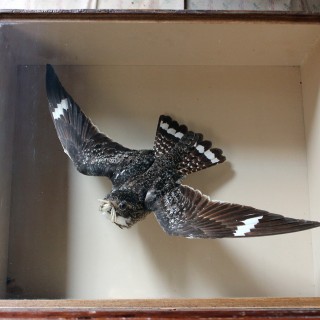 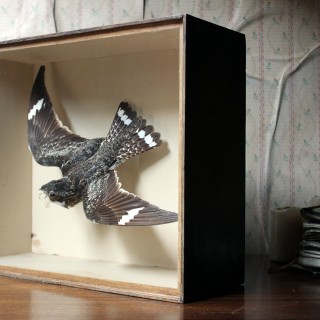 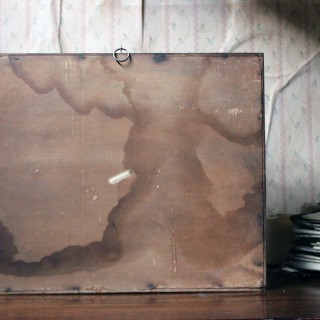 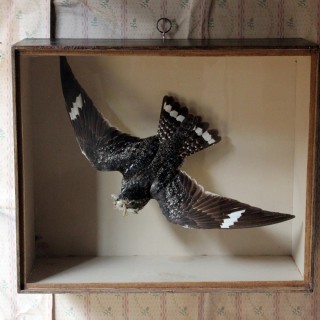 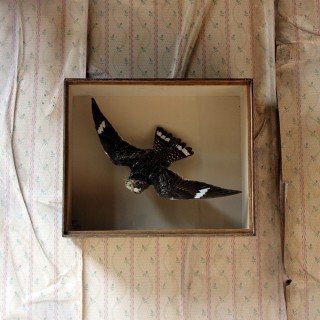 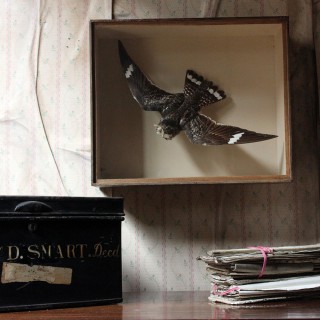 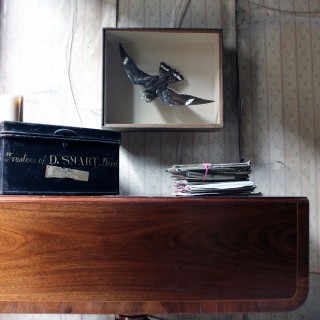 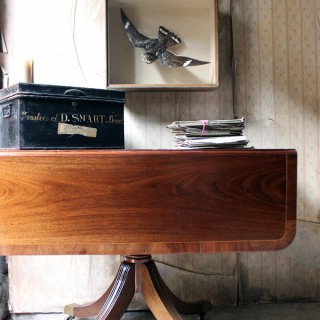 The beautifully preserved male common nighthawk (Chordeiles minor) in a swooping position and clutching a hawk-moth in its beak, housed within a typical Cullingford glazed museum case being faux oak painted, the interior beautifully sparse with buff paper backing and lacking in simulated habitat, the whole preserved by Joseph Cullingford of Durham in 1895, signed and dated thus, and having been originally commissioned by Henry Gervas Stobart.

The common nighthawk is not really a hawk as such; it is actually a member of the nightjar family. The term “nighthawk”, first recorded in the King James Version of 1611, was originally a local name in England for the European nightjar. Its use in the Americas to refers to members of the genus Chordeiles and related genera was first recorded in 1778. The common nighthawk has a large mouth with bristles that help it catch insects (as we see here in this composition). Males have a white throat patch and a white tail bar as we see in this example.

Henry Gervas Stobart, also known as Henry of Witton Tower, as he was the director of Horden Collieries Ltd of Witton Tower in Witton-le-Wear, was a very successful steel manufacturer and was born on 5 June 1869. He was the son of William Stobart (who sadly died having been struck by lightning) and Sophia Wylde. He married Bessie Brydges on 19 April 1897 and died on 21 August 1951 at age 82. He would have been twenty-six when he commission this piece to be made by Cullingford as they both lived and worked in Durham.

The call of the nighthawk joins the dusk chorus as this bird sets out on its zigzagging flight; a stunning signed work with a superb provenance.

The overall composition is of a very high quality and the specimen is in good condition with expected light fade to the plumage but nothing out of the ordinary. The glazing and case are all original and the rest of the composition is very well preserved with expected light wear to the case, with a hanging hook added for wall mounting. The signature and date to the bottom left corner is clear and is typically in pencil. An entirely original composition overall.