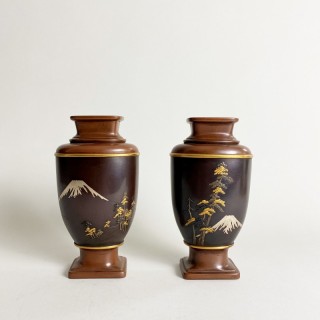 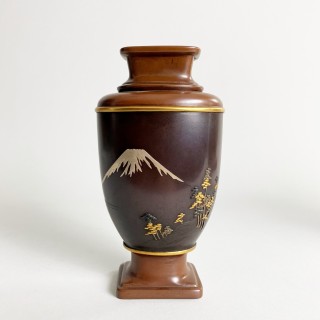 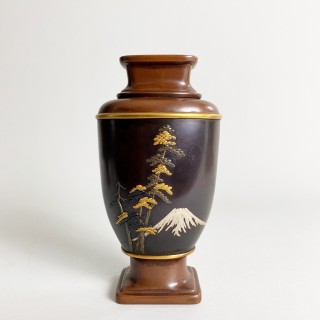 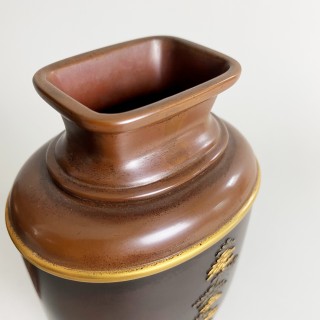 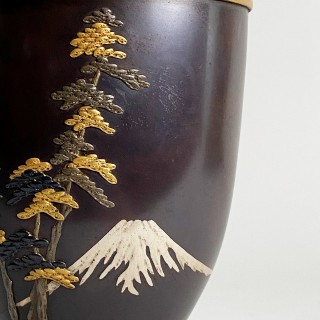 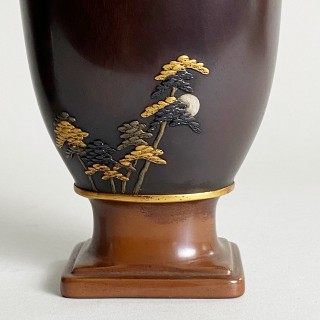 Square base and neck and an oval shaped body with both vases displaying scenes of Mount Fuji. On the reverse one vase depicts a full moon appearing from behind trees and the other shows a sail boat off the coast. Please don’t hesitate to contact us for additional photographs.

The moon is the subject of much mythology in Japan, it’s depiction can symbolize national well-being (From Shinto beliefs) or inner enlightenment (Buddhist beliefs)