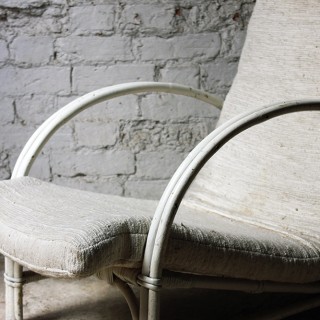 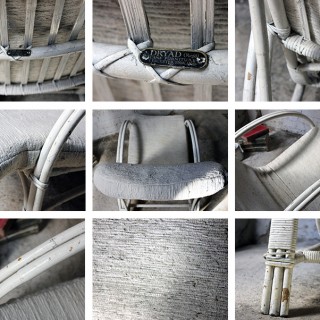 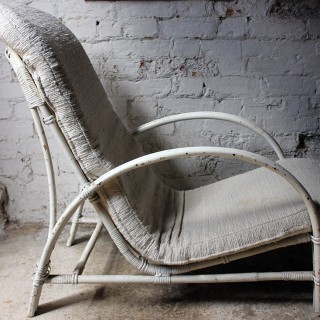 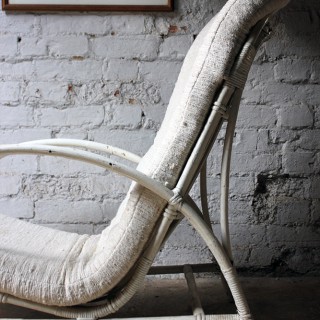 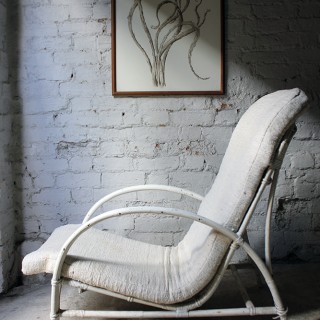 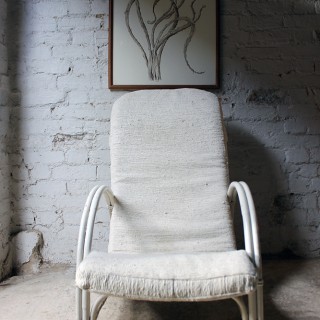 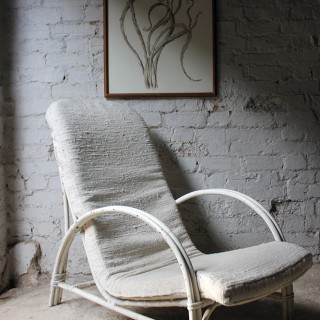 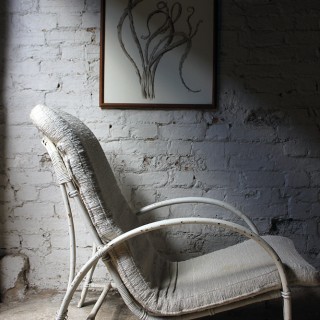 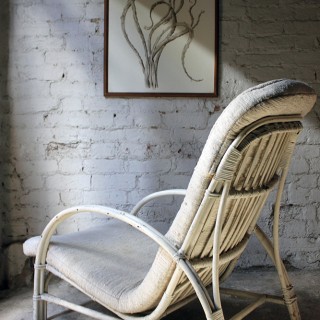 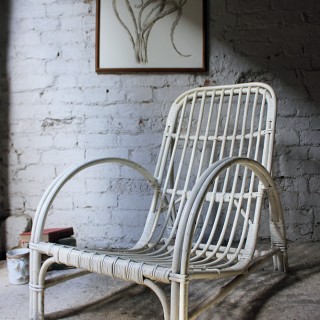 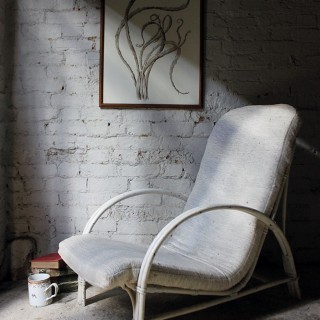 By the early 20th century, Leicestershire in England was established as Britain’s rattan weaving region, mainly thanks to Arts and Crafts Movement enthusiast Harry Peach, who founded Dryad Cane Furniture in Leicester in 1907. Peach set up the firm along with Benjamin Fletcher who had just returned from Austria where he had absorbed the influences of Moser, Hoffmann and Behrens for example. The firm employed over 50 workers and moved in 1911 to large new premises in St Nicholas Street, Leicester. The success of Dryad encouraged rivals to imitate its approach and new businesses to set up in competition.

We can find an advertising entry in 1938, which shows this exact model in a cream painted finish, and it was described as a ‘cream cane chair finished with special weather-resisting lacquer with detachable roll-type cushion’.

This chair’s aesthetic was clearly influenced by that of Paul Frankl, an Art Deco furniture designer and maker, architect, painter and writer from Vienna, Austria. He settled in New York City and brought with him an outsider’s fresh perspective and an enthusiasm for forging a uniquely American design aesthetic. Frankl began as an architect and later switched to designing and painting fine art and furniture. In the years between the two world wars he, more than any other designer, helped shape the distinctive look of American modernism.

Comfortably louche with the lines of a goddess.

The chair has a good patina to its carcass and remains in nice original order, with the paintwork having been refreshed at some stage, standing well, with some expected movement, and is overall in sound condition but with some wear throughout, though structurally sound. There is some staining to the padded berber wool seat which is comfortable and by Terence Conran.