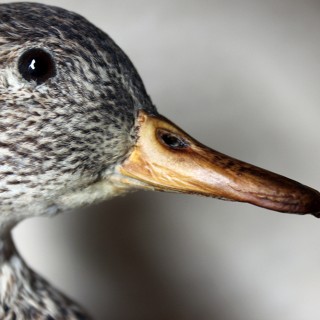 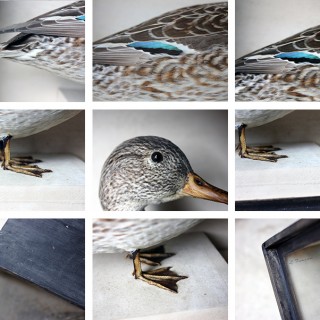 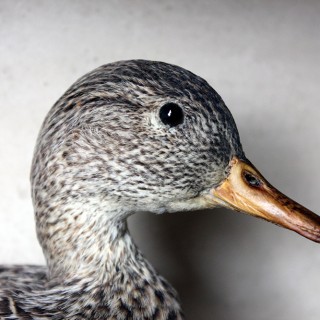 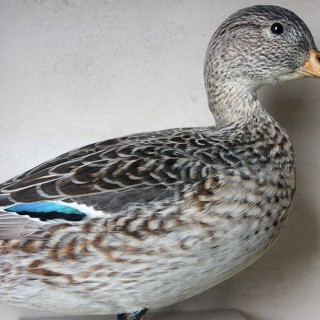 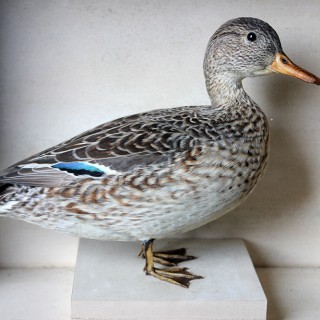 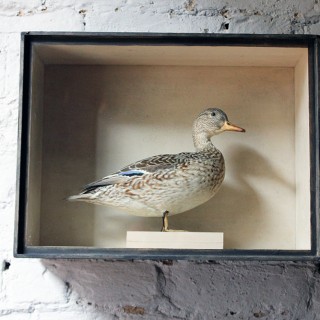 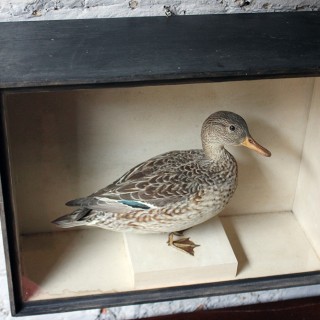 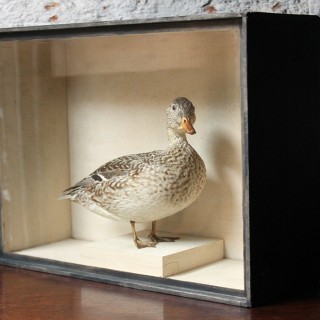 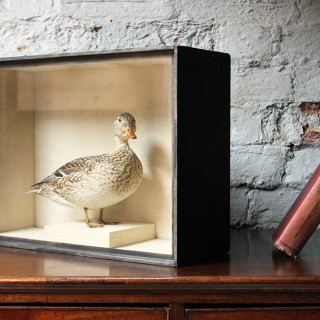 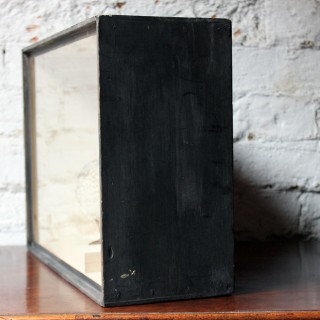 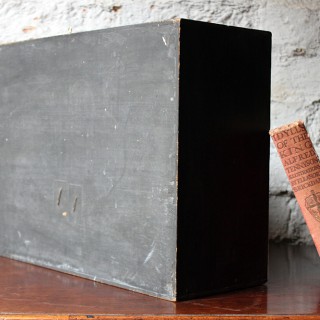 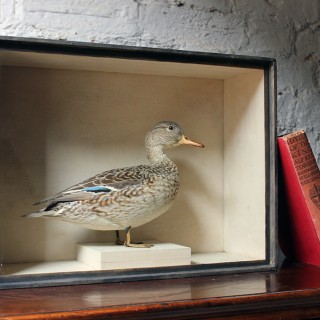 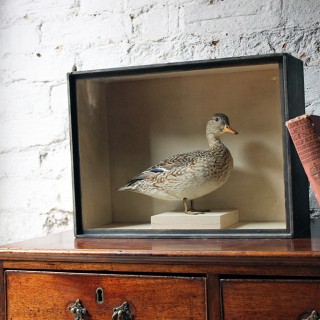 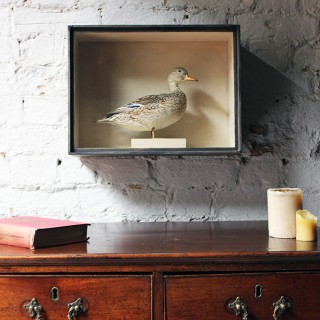 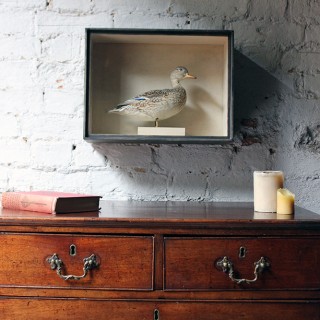 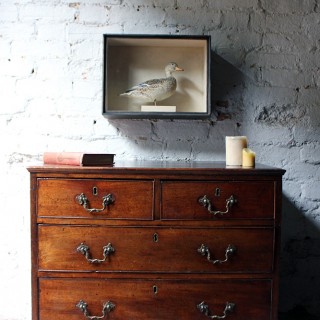 The beautifully preserved female teal duck (Anas Crecca) the specimen set upon a typical Duncan wooden block and housed within a beautiful scientific sparse museum case, the pine sides in the original painted black, the whole being beautifully unassuming with ivory paper backing, signed R.Duncan to the top left corner, and lacking in any form of simulated habitat, the whole surviving from late Victorian England in good overall condition.

Teals are small dabbling ducks and females are mottled brown with both males and females showing bright green wing patches in flight. They are thinly distributed as a breeding species with a preference for northern moors and mires. In winter birds congregate in low-lying wetlands in the south and west of the UK.

Robert Duncan (1837-1909) of Pilgrim Street, Newcastle specialised in immaculate taxidermy, using a primitive method dating from 18th century practitioners in France. Despite this, his birds are beautifully precise, presented in a plain scientific museum box display, lacking in vegetation (akin to J.Cullingford’s) with no decoration to distract from the specimens. Unusually, he normally signed and dated his cases, like an artist, rather than attach a trade label, and dated cases have been seen from the early 1860s through to the Edwardian period. Few taxidermists had time to shoot their own specimens, but Duncan was know to have both collected and mounted his specimens. John Hancock refers to him in a letter in 1880 as: ‘A good taxidemist, and his father was a good bird stuffer too’.

A beautiful immaculately pure piece signed by one of the best taxidermists England has seen.

The overall composition is of a very high quality and the bird is in good condition with expected light fade to the plumage but nothing out of the ordinary. The glazing and case are all original and the rest of the composition is very well preserved with expected light wear to the case. The pencil signature is clear. To the lower front there is a little water marking evident to the front paper backing.