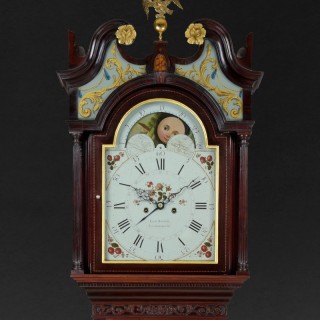 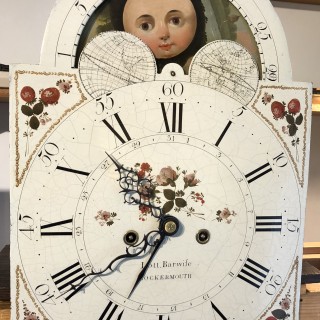 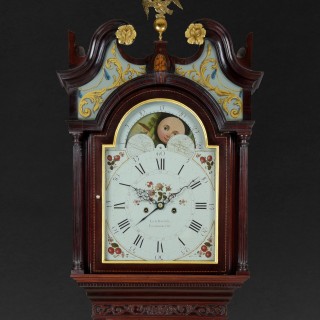 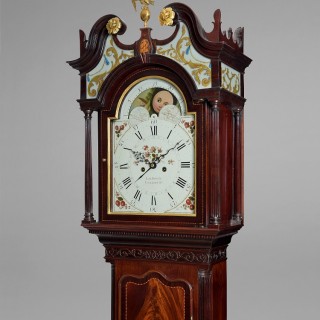 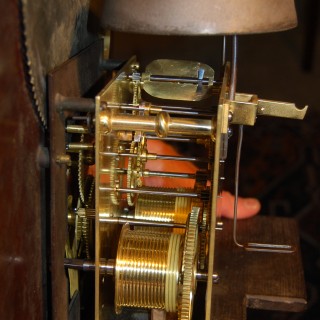 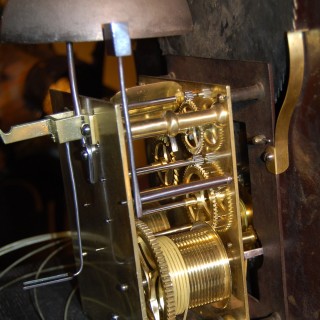 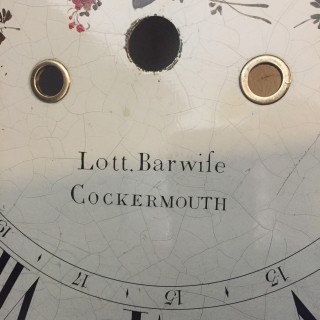 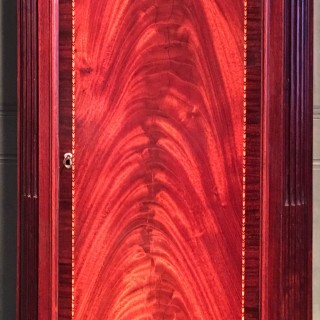 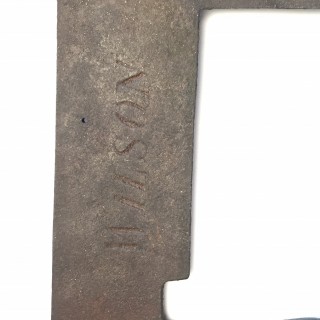 The trunk has a long arched crossbanded door also flanked by fluted and stop fluted columns, the base panel also crossbanded and the whole raised on ogee shaped bracket feet.

The inlays, crossbanding, chequer banding, fretwork, complexity and quality of this rare example make it typical of the very finest of North Country Longcase Clocks. This model of case is often referred to as a “Whitehaven” case as the very best examples all seem to have been made in this town only a few miles from Cockermouth.

The falseplate is signed by Wilson of Birmingham. James Wilson was in partnership with T. Osborne from around 1772 to 1777 and they are widely credited with being the first real manufacturers of painted or japanned dials for clocks in imitation of the much more expensive true enamelling on to copper. Wilson died in 1809 thus helping to date this example from between 1777 and 1791when Barwise died.

Clock-making in Cockermouth was dominated by just a few families. It is a fact that just four makers made well over 90% of the clocks in the town. The Gandys, Thompsons, but above all the Barwise, Mitchell and Metcalf family.These clock-makers produced clocks of distinction.

Lott Barwise was born in 1726 and he left home for Cockermouth in 1750.His son John who eventually left to setup the famous Barwise of London connection was born in 1755. He eventually went to London was married there in 1790. He found a premises in St.Martin’s Lane. John Barwise took his sons into partnership from 1819 to 1823 setting up Barwise and Sons. Clearly Lott trained John up in the trade of clockmaking. The exquisite workmanship is shown on this clock, and it is made when his son John would have been watching and learning from Lott directly.

Excellent. Some marks and wear consistent with age and use. Full condition report available upon request.