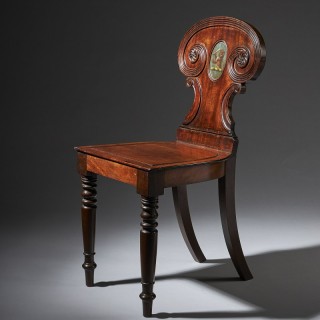 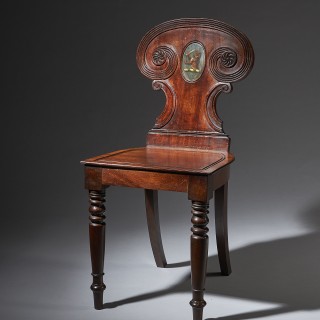 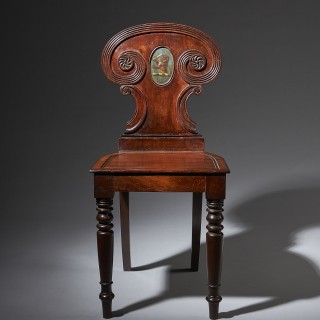 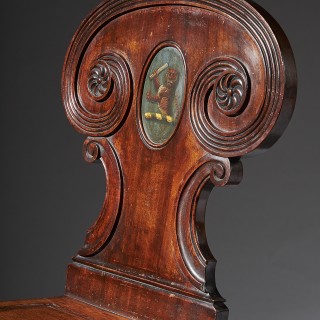 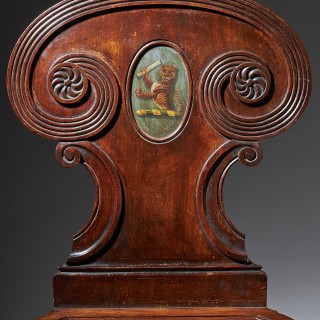 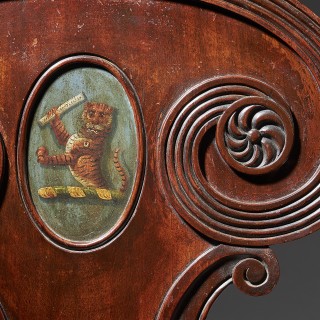 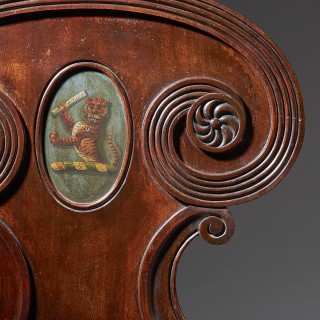 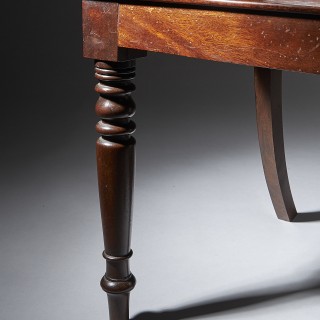 The tiger who came to tea…..

A fabulous family crest depicting a well drawn and rather charismatic tiger holding a scroll sits to the back of this Gillows design mahogany hall chair. I particularly like the shadow to the tail and marble like glass eyes.

It should be noted that the chair is of great colour, patination and is in original condition.

Hall chairs such as this were were popular towards the end of the 18th-century and throughout the 19th century. They were usually placed in entrance halls and corridors of large houses and stately homes and can still be found at a number of them, such as; Chatsworth, Buckingham Palace, Beningbrough Hall, etc. So as you might imagine, they where designed by nearly all of the leading cabinet makers of the 18th and 19th century but most famously by Gillows of Lancaster.