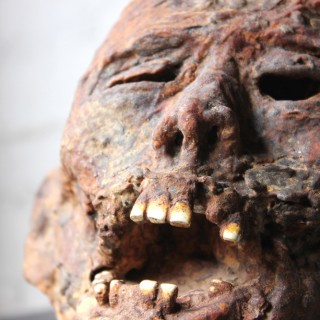 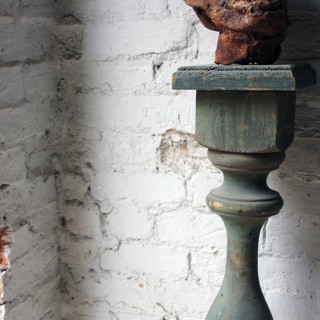 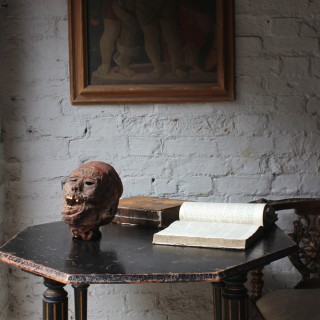 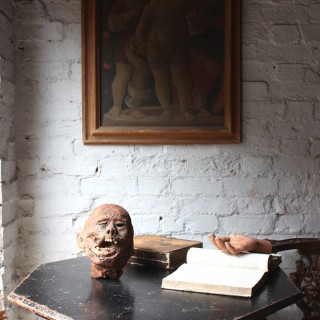 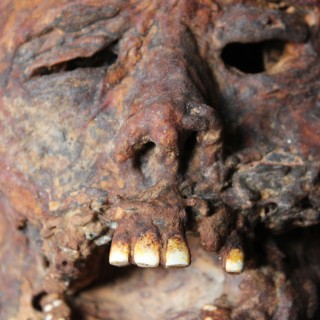 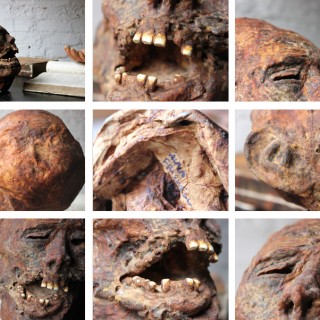 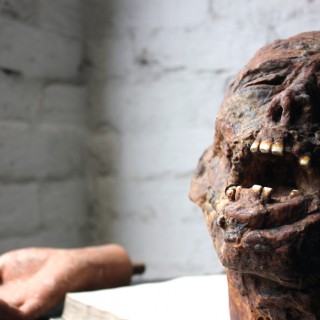 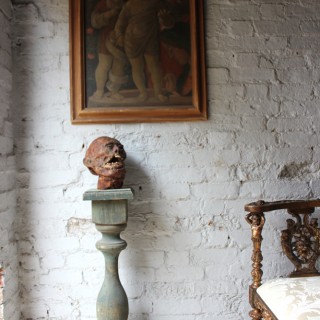 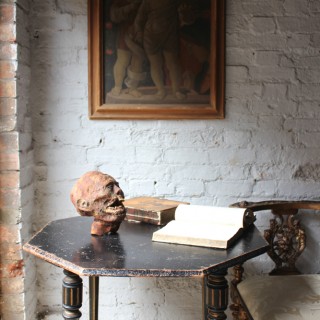 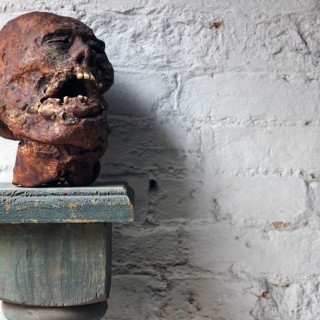 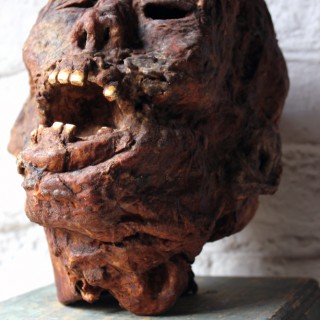 The mummified film prop head painstakingly created for the un-filmed horror movie ‘POST MORTEM 13′, designed to approximate the appearance of the mummified figures in the British Museum, the whole constructed using a sculpture of a human skull, and cast in polymer compound to simulate bone, being in ‘flesh’ form consisting of hardened rubber, combined with taxidermy materials and techniques, the teeth cast from originals in resin.

Alan Friswell is a special effects designer who specialises in stop-motion animation, and macabre props and creatures. He has built various monsters and animation figures for computer games and TV commercials. When it comes to motion picture special effects, there is only one name that personifies movie magic; Ray Harryhausen (Sinbad, Clash of the Titans) and Alan recently worked for the great Ray, restoring his original models and making new props and creatures, to replace those that had been lost, or deteriorated. Thus, Alan’s work, and indeed this prop, is essentially rubber stamped for quality by the greatest special effects figure of filmic history making it of the highest standard around today.

The British Museum has the largest and most comprehensive collection of ancient Egyptian materials outside Cairo and this head was based on the examples held there. The ancient Egyptians performed mumification to transform the bodies of the dead into dwellings for the ba (spirit) in the afterlife. The seventy-day process purged the corpse of fluids that cause decay and endowed it with the attributes of gods such as Osiris and Ra, who had the power to renew human life eternally.

Professional shoot-worthy props like this are rarely available on the open market and its sublime execution perfectly captures the magic and ritual of Mummification making it a wonderfully decorative and original item that is sure to be a collector’s item of the future.

Condition wise the head is in very good order with no losses or damage to speak of. It can be free standing and remains in original condition throughout. The piece is hand signed ‘Alan Friswell’ to its base.