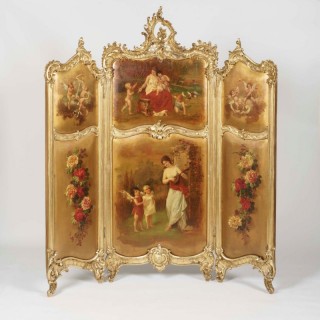 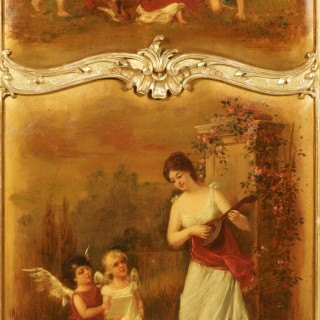 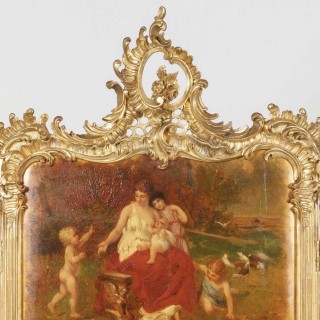 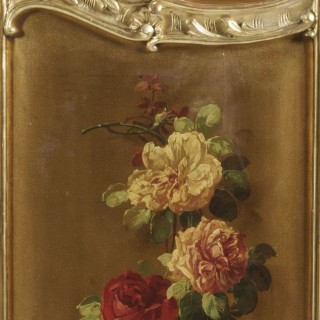 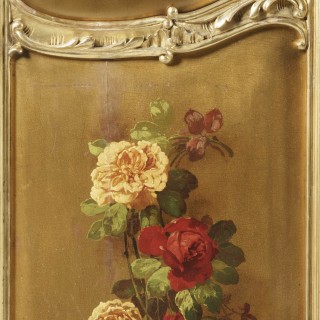 A Three-Fold Vernis Martin Screen In the Louis XV Manner

A Three-Fold Vernis Martin Screen
In the Louis XV Manner

The frame constructed from carved and gilded wood in the Rococo manner, the triptych Vernis Martin panels depicting idyllic painted scenes of classical maidens and children in the style of William Bouguereau, the flanking panels depicting winged cherubs in the upper register with flower bouquets below.
French, Circa 1875

William-Adolphe Bouguereau, (1825-1905), was a French painter and a dominant figure in his nation’s academic painting during the second half of the 19th century.

Bouguereau entered the École des Beaux-Arts in 1846 and was awarded the Prix de Rome in 1850. Upon his return to France from four years’ study in Italy, he attracted a wide following with his mythological and allegorical paintings. Receiving many honours in the 1860s and 1870s as his career progressed; he exhibited regularly at the Salon for several decades and became for a time the most famous French painter of his day.

A Three-Fold Vernis Martin Screen In the Louis XV Manner