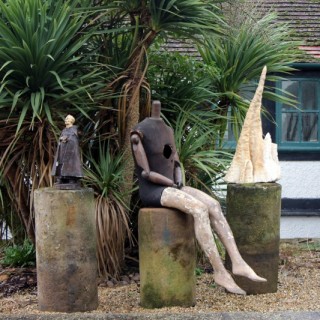 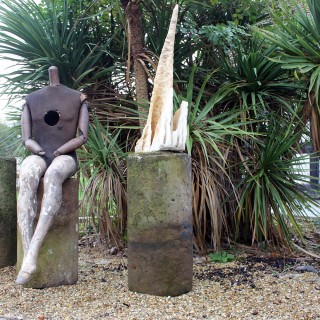 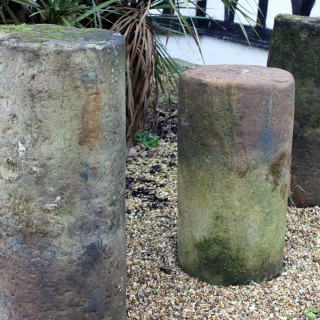 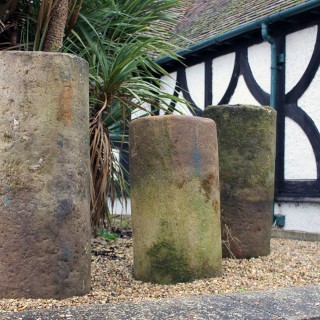 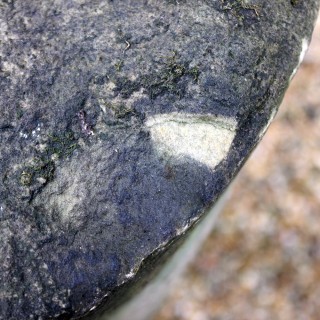 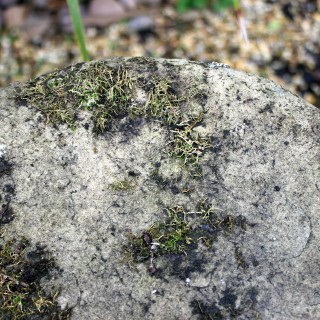 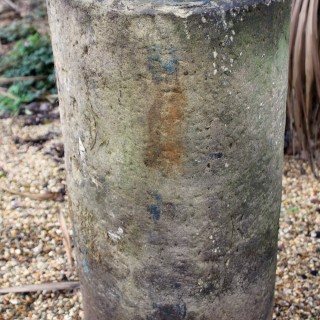 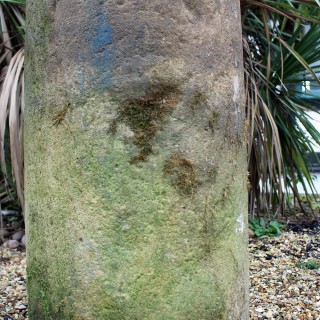 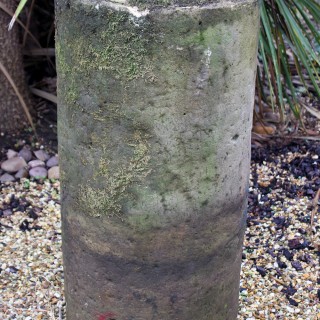 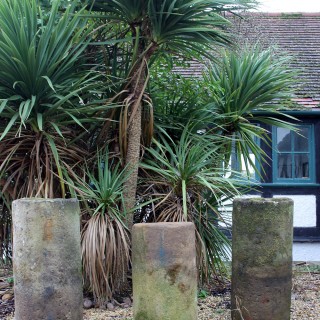 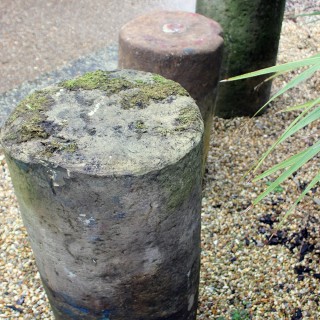 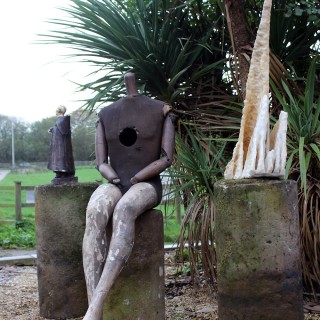 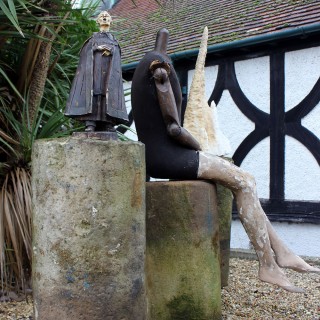 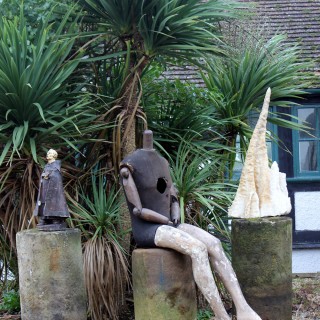 The Yorkshire stone columns, of monastic origins, beautifully weathered with age, with lichen and moss deposits, each showing differing colours, and having been salvaged from the Benedictine Monk Estate, Whitby, Yorkshire.

The columns would have stood within the abbey setting and would have been part of the larger composition. In 867, Whitby Abbey fell to Viking attack, and was abandoned until 1078. Whitby was re-founded on the ancient site of St Hilda’s Saxon monastery by the Norman knight, Reinfrid, who became its first abbot. The monastery soon developed small off-shoots, know as cells, at Hackness and Middlesborough. The Whitby community would also bring about the foundation of the third of Yorkshire’s Benedictine houses at York.

The monks established their houses in remote locations, ‘far from the haunts of men’, and adhered strictly to the Rule of St Benedict. It was the Cistercians’ belief that the large and economically prosperous Benedictine houses of Europe had long since deviated from the original purity of the monastic way of life. In particular, the Cistercians emphasised the importance of manual labour, and abjured ostentation and display in the architecture and decoration of their churches. They wore a simple, un-dyed woollen garment which caused them to be referred to as ‘White Monks’.

The second monastery lasted until it was destroyed by Henry VIII in 1540. The abbey buildings fell into ruins, and were mined for stone, but remained a prominent landmark for sailors.

Perfect for displaying sculpture and artwork, either in or out and once part of a magical setting.

These columns are very heavy and will be delivered via a pallet so a forklift at the destination is required and transport must be discussed before any purchase. There are some metal inserts to the bases where they were obviously later fixed to the ground. There is some residual blue staining from the pallet which can easily be removed.