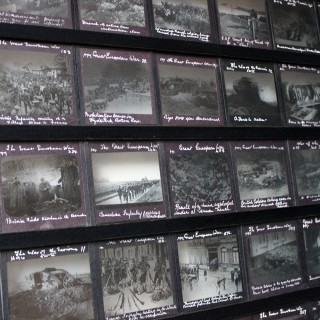 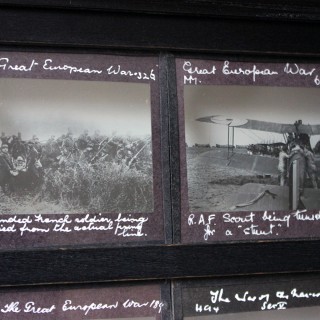 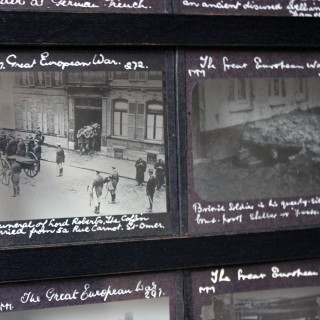 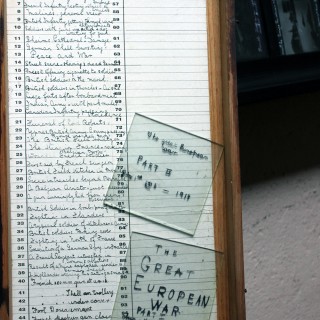 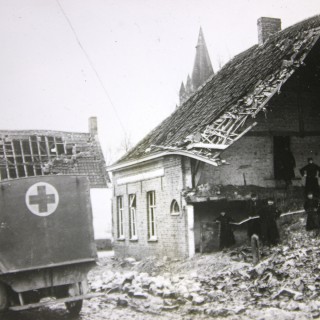 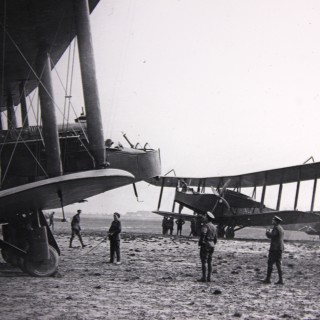 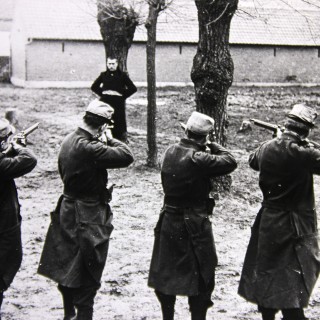 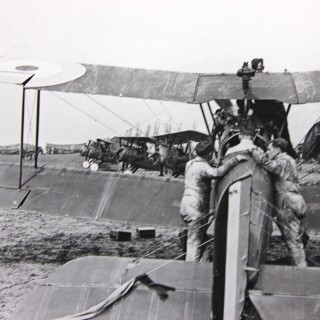 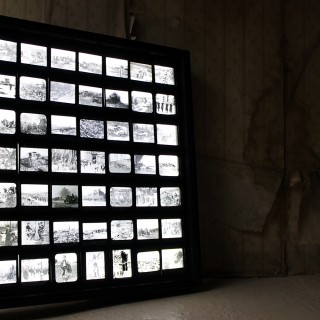 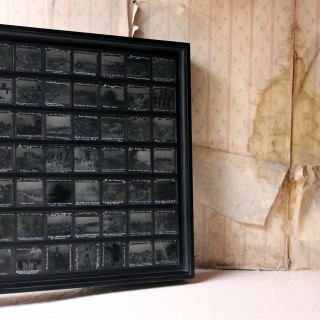 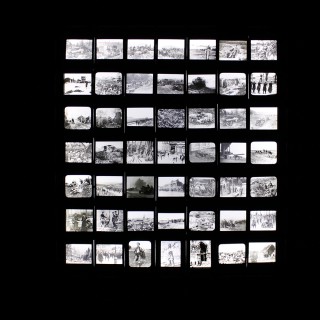 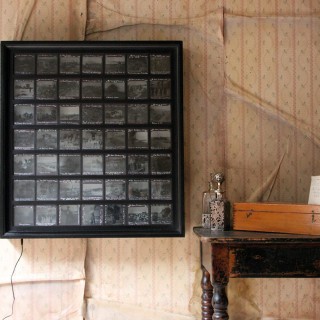 The group of forty-nine rare early twentieth century hand-tinted glass magic lantern slides of WWI interest, showing related depictions of ‘The Great European War’ to include soldiers, trenches, aircraft and other related views, with each slide hand annotated, the slides now beautifully presented in a custom-made black painted pine box-frame with LED-light surround, the whole backlit and ready to hang.

The ingenious way the slides have been displayed here means they can be enjoyed as intended with a constant source of diffused white light, many such slides are left in wooden boxes in attics and long forgotten.

Views to these very rare slides include ‘French Machine Gun Instruction Class’, ‘French 280mm gun at work, shell being hoisted into position,’ ‘Funeral Of Lord Roberts’, ‘Siege Forts After Bombardment’, ‘ Five dead Germans ‘, ‘ British Infantry getting through wire entanglements ‘, ‘ French soldiers attending a wounded comrade ,’ ‘ First Aid By A French Surgeon ,’ ‘ Execution of a German spy in France ,’ and ‘A Highlander wearing his anti-gas mask ‘ to name but a few. Each slide gives a huge insight into the real goings on of war, some being touching and others macabre and harrowing, though each wonderfully touching.

The magic lantern is the forerunner of the slide projector, and it is one of the most popular inventions of the marvellous world of optical illusion, alongside the Camera Obscura, the Magic Mirror, and various other contraptions that have captivated people for centuries.

A unique installation piece with weighty decorative appeal illuminating any room with a huge amount of gravitas.

The slides are in good condition and are all in tact with only a couple having small hairline cracks. The light-box frame surround was created by us and has led-strip bulbs illuminating the whole without the item becoming hot. The piece lights from the mains adaptor with a small cord and because LED lights have been used the power needed is minimal and the slides do not get hot. The slide frame is removable from the light box via a ring pull and each slide can be moved to create a differing order. We will provide the wooden case on sale which the slides were found in which is also fully annotated to the lid.