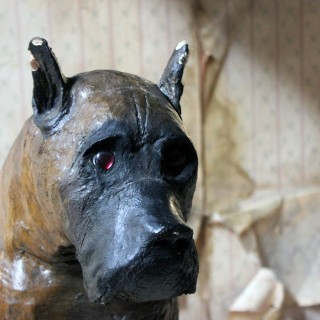 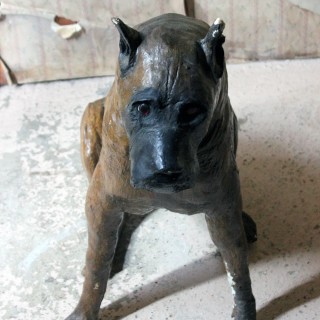 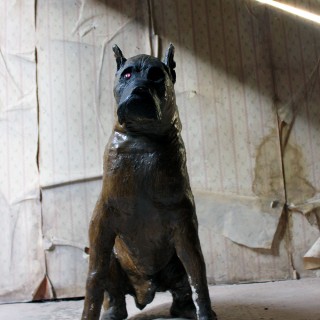 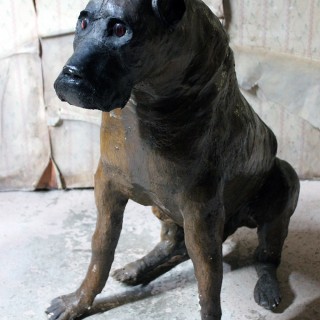 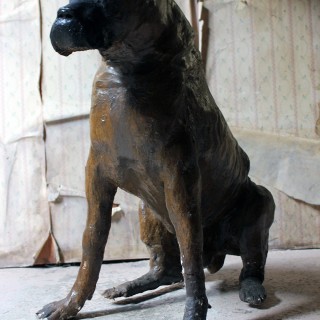 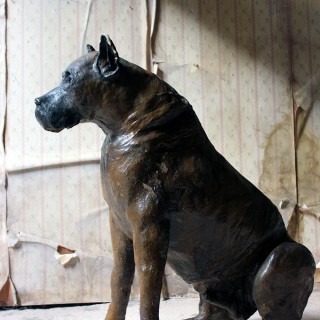 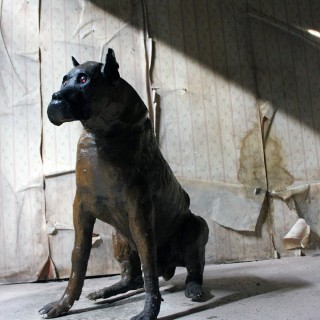 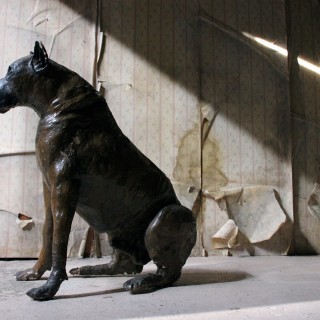 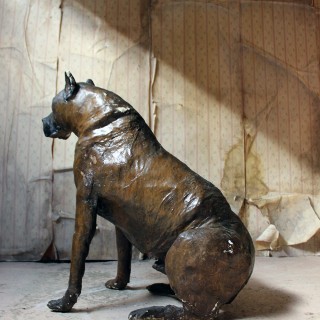 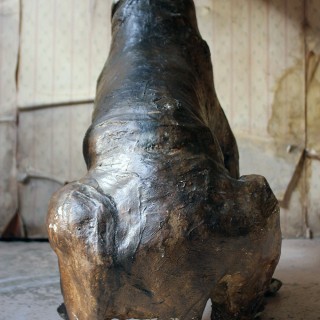 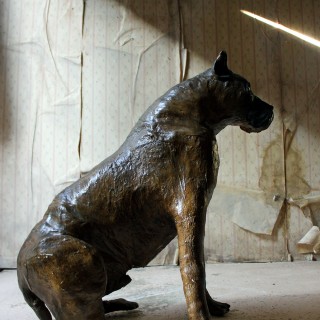 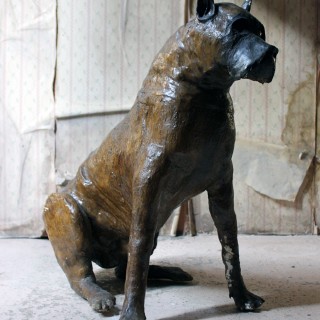 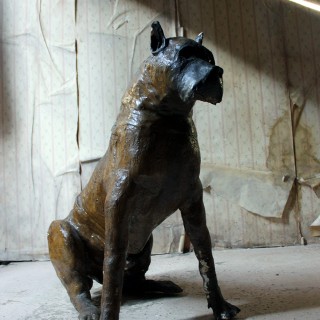 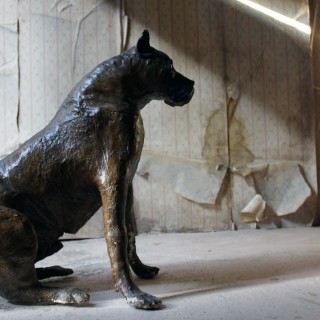 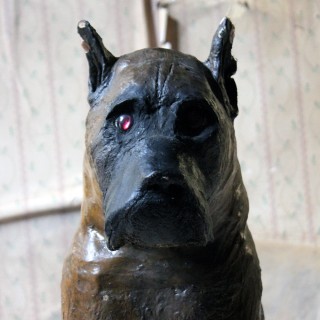 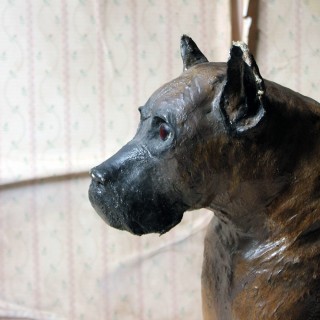 The unique life sized hand-painted polychrome decorated model of seated dog, possibly a Rottweiler or American pitt bull terrier, in chocolate brown with black muzzle, in an attentive position and with rather bizarre red glass eyes, the whole surviving from the second quarter of twentieth century Europe.

Papier mâché became an industry in England in 1772 when Henry Clay of Birmingham took out a patent for its making and as a result produced the inexpensive plastic of its time, easily be molded into desired shapes. As indicated by its name, it was mashed or pulped paper, which was first, molded, then baked, to drive off the moisture that had reduced it to pulp. When it became firm and hard it was finished with an enamel-like coat of paint and was then ready for a wide variety of decorative treatment.

A unique piece, and yes, it’s definitely a boy!

Remaining in pretty good overall condition considering its relative fragility, the dog does have some small areas of loss as photographed. He is heavier than you would expect, possibly being weighted within the carcass. As a whole he remains in intact order.