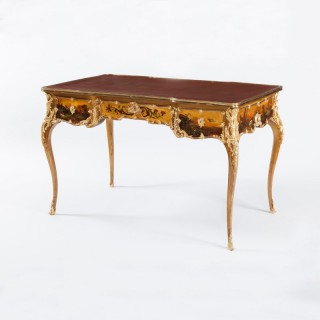 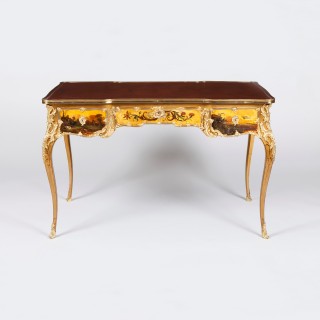 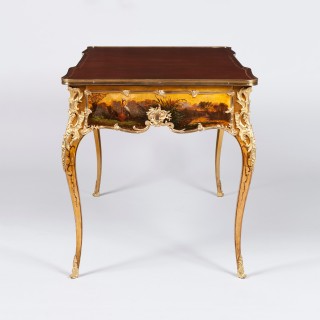 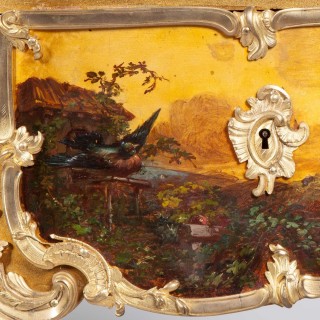 Constructed in kingwood, extensively dressed with bronze mounts, stamped HPR with the shaped apron decorated with bucolic scenes in the style of Vernis Martin; the swept cabriole legs are dressed with ormolu sabots and espagnolettes; three lockable drawers in the apron, with ormolu frames; the serpentine bronze edged platform having an inset gilt tooled tan Morocco leather.
French, Circa 1880

Henri Picard, a notable fondeur and doreur, is recorded as working in Paris from 1831 to 1864, from 6 rue Jarente and later at 10 rue de la Perle.

Their work was highly regarded by the Emperor Napoleon the Third, and they supplied furniture to his apartments in Fontainebleau, now on exhibit in the Louvre.