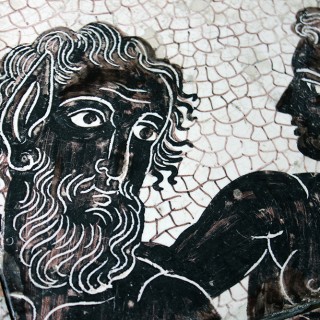 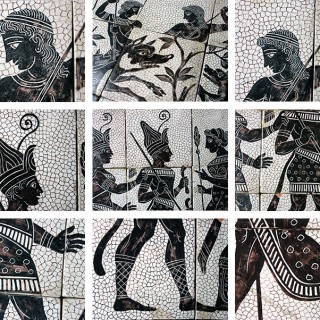 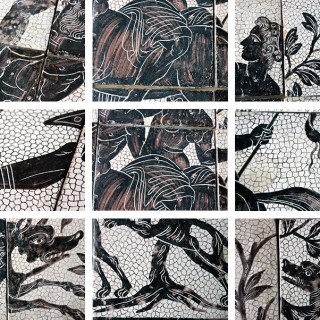 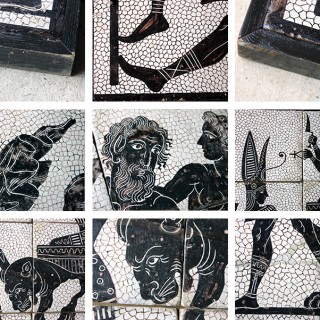 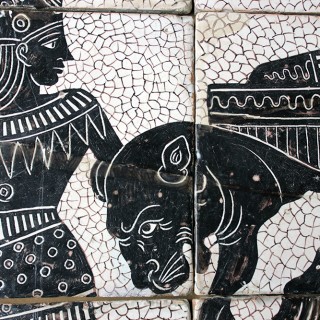 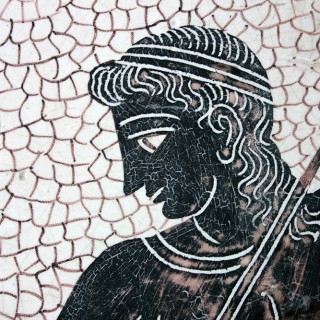 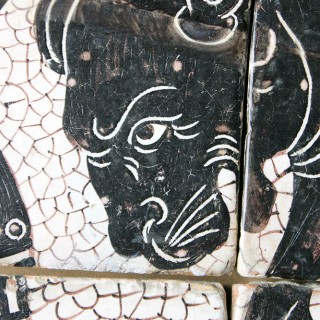 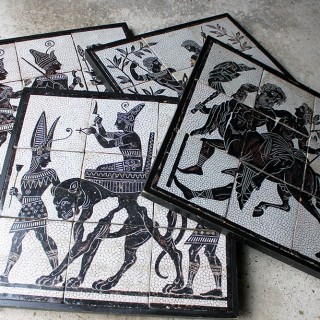 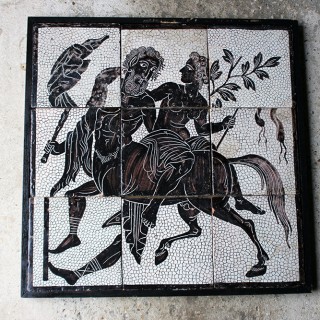 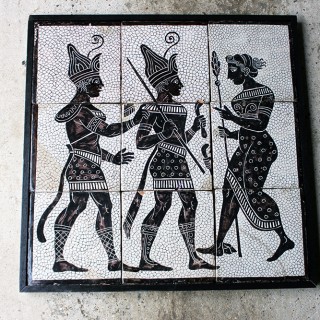 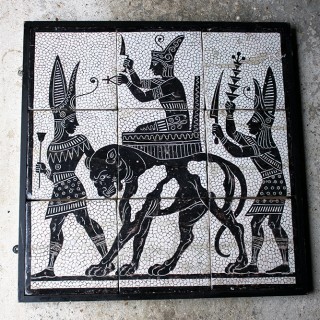 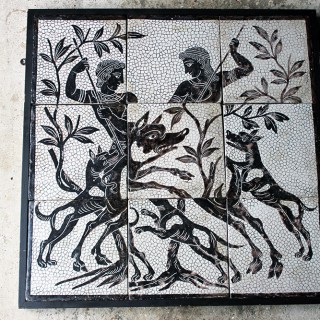 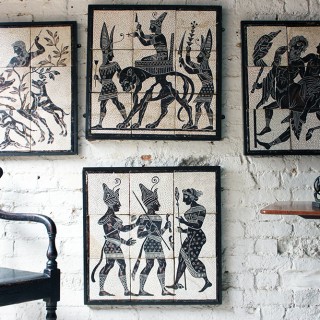 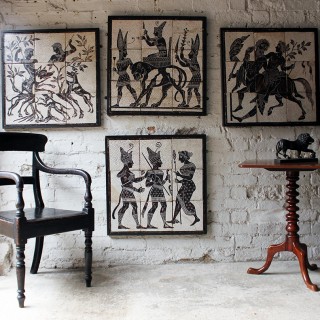 The hugely decorative group of four panels, each consisting of nine individual tiles, each of 20cm square form, made from tin-glazed terracotta and painted in a manganese style with ancient Roman imagery based on a Greek classical style, the stylised scaling or craquelure forming the grounds, with two of the four panels forming complete images and two with incomplete non-matching images, each group set in black painted custom frames and surviving from the middle of twentieth century Italy.

These panels are intriguing; they may just be good tourist pieces with the Grand Tour style coming to mind. They do have some similarities to the floor tiles at the Piscina delle Rose, built in 1960 for the Rome Olympics in 1960, what with the figures being bold, voluptuous and somewhat for being viewed by a western perspective. They have come directly from a large deceased estate of a prolific tile collector.

These striking mosaics are seemingly of Roman imagery based on a Greek classical style. The first one may well be the myth of the Caledonian boar or Actaeon. In the second example the female on the right is a Maenad, (a crazed follower of Dionysus/Bacchus) but she may not actually belong with the non-Greek Egyptian figures on the left (what with the floating hand present). The third one might be story of Nessus (centaur) & Deianeira, whilst the fourth example has more slightly off-topic Egyptian figures with the figure on the right having a sistra or rattle in his hand, which may well be something religious. They have something of Wedgewood about them too, but again, we feel that there is more digging to be done to establish the precise origin. We cannot find any other examples like this having been sold.

Other than the massive decorating appeal here, there is more research to be done on the history of these wonderfully striking and intriguing tiles.

with thanks to Andrea Swinton

The condition of the panels present are mixed; they are sat comfortably and stably in their frames. Clearly, two of the four panels are incomplete and have they have been added to, to make them appear to be complete at first glance. There are repairs, some small losses and a handful of small repaired cracks. Please see the photographs for a visual reference. Overall, however, the wholes remain attractive pieces in their entirety.